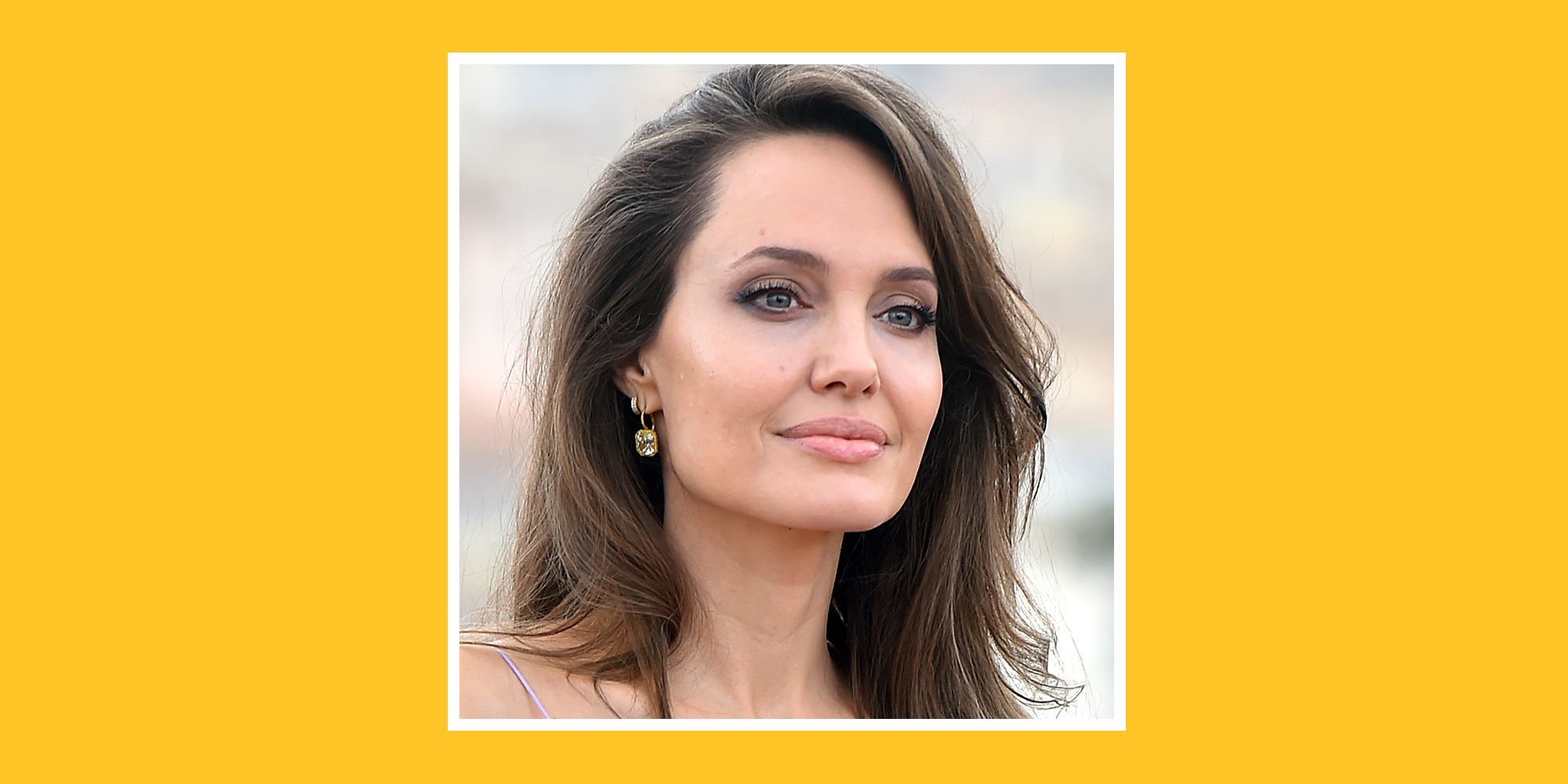 When you are one of the most beautiful women in the world, there is a lot of pressure to be beautiful. But like everything that’s thrown at Angelina Jolie, 46, that doesn’t seem to affect her. The actress and film director is equally known for her philanthropic work, which explains her belief that the best way to be beautiful is through intellect: “I often tell my daughters that the most important thing they can do is develop their mind,” Angelina wrote in an essay for ELLE. : “You can always put on a nice dress, but it doesn’t matter what you wear on the outside if your mind isn’t strong. There is nothing more attractive – one might even say charming – than a woman with an independent will and opinions of her own.”

Angelina does not shy away from aging; in fact, he accepts it: “I look in the mirror and see that I look like my mother, and that comforts me,” she told In Style. “I also see myself getting older, and I love it because it means I’m alive : I’m living and getting older.” I don’t love having a random dark spot of a pregnancy, of course. I see my flaws. But what I see I like is not a structure or an appearance. It’s more like I see my family in my face. I see my age.” And we see a stunning woman who gets prettier with the passage of time: that’s how she does it.

I’ve been with the same dermatologist since I was 11 years old; her name is Rhonda Rand,” Angelina said, “she’s who my mother took me to when I was little with my first scar. Having someone who encourages you a lot to be as natural as possible has helped me a lot, I think” Those lessons have stuck with him, as he continues to keep his routine as simple and natural as possible.

7 skincare secrets that Elizabeth Olsen follows to have fair skin

7 SkinCare Secrets Hailey Bieber Follows to Have a Fair Complexion

Angelina has always practiced sun safety, which is the key to eternal youth. “Dr. Rand, Angelina’s dermatologist, told Refinery29, “She knew the sun is not good for the skin in general, in terms of pigmentation problems and that sort of thing. She is also good at wearing hats, which is very important. She moisturizes a lot and does a lot of good hydration, but again, it’s sunscreen that’s going to stop aging more than anything.”

She knows how to balance her makeup.

We’ve all heard that rule at some point: pick a trait and highlight it. Angelina follows this rule: “I make up my dark eyes or red lips,” she said, “I have very large and full features, so if I did it all, I would look a bit like a clown. Be… a lot.”

Angelina isn’t afraid to put on makeup herself either, and she can do so when duty calls her: “I don’t want to have to rely on a make-up artist,” she said. “I feel much more comfortable with a little concealer for my dark circles. That’s what I like the most.”

It does not exceed with treatments.

Although her fleshy lips and perfect nose have inspired many people to go to cosmetic surgeons, Angelina hasn’t gone to any, but she doesn’t judge those who have: “I haven’t done anything to myself and I don’t think I do,” she told the UK’s Daily Mail, “but if that makes someone happy. , it’s up to you. I’m not in someone else’s shoes to know what makes them feel better about themselves. But I don’t plan to do it myself.”

However, it has used laser treatments: “When I got pregnant, I had darker areas [en la cara] that went arsto. So I become an IPL [luz pulsada intensa] from time to time,” said Angelina.

“What about [Angelina] it’s that you never put on makeup unless you’re working, it’s probably another reason your skin looks good,” said Dr. Rand. “It’s also good for make-up. I know her makeup artist is super careful with what she puts on her skin and takes great care of her when she’s working.”

Her skincare routine is simple, and she complies with it to the letter.

“She’s lucky enough to have her mother’s beautiful, olive skin,” Dr. Rand said, “She’s always been a natural beauty, so she never had to do much. Actually, it was just sunscreen, proper cleaning with a gentle cleanser, antioxidants, sometimes [ácidos] glycolics and natural products. some [ácidos] alpha hydroxy are good too, and are very natural. You don’t need great exfoliants or products with many quíMonkeys.

“When you travel, you get a good skincare regimen [que incluye] alphahydroxyns or antioxidants,” said Dr. Rand, “There’s a product of mine that she loves: Dermbasics RR Perfection Cream. It is a chemical-free antioxidant sunscreen and is a good thing to travel to. We also have another product that you like and that you take away: Dermbasics Glycolic Acid Pads 20%. They eliminate the stratum corneum, increase collagen and elastin, keep pores clean and small-looking, and even out discoloration.”

She has her own definition of beauty.

“The people I consider beautiful are the ones who don’t bow to others’ opinion about what is appropriate or beautiful,” Angelina said, “I’ve always been drawn to people who are unique, different and just themselves. It saddens me a little to see someone unable to live in their own skin and who doesn’t feel comfortable in it. There are a lot of things in society that make people feel that way.”

Neither lupus nor depression stopped her! Selena Gomez recounted how she managed to overcome her darkest moments

Harry and Meghan want to baptize Lilibet in Windsor