Sexual health is essential to the general well-being of people. This is assured by the World Health Organization (WHO), which also highlights the importance it has for the social and economic development of communities and countries.

The organization indicates that sexual health “requires a positive and respectful approach to sexuality and sexual relations, as well as the possibility of having pleasant and safe sexual experiences, free from coercion, discrimination and violence.” The ability for men and women to achieve that sexual health and well-being depends, according to the WHO, through access to complete and good quality information about sex and sexuality; knowledge about the risks they may face and their vulnerability to the adverse consequences of unprotected sex; the ability to access sexual health care; and living in an environment that affirms and promotes this sexual health.

Otherwise, the population may face problems related to sexual health. And there are many. They encompass “sexual orientation and gender identity, sexual expression, relationships, and pleasure.” They also include negative consequences or conditions such as human immunodeficiency virus (HIV) infections, sexually transmitted infections (STIs), and reproductive tract infections (RTIs) and their adverse outcomes (such as cancer and infertility); unwanted pregnancies and abortions; sexual dysfunction; sexual violence; and harmful practices.

In Spain, several committees of the 2019-2020 Operational Plan of the Sexual Health Strategy worked on a definition of comprehensive sexual health that included the “use of contraceptive and prevention methods”. Its use is key to avoid the transmission of STIs. But, in recent years, the prevalence has only grown.

Every day more than a million people around the world contract an STI. These, as Josefina López de Munain, from the Infectious Diseases Service, OSI Bilbao-Basurto, Osakidetza, and a member of the STI Study Group (GeITS) of the Spanish Society of Infectious Diseases and Clinical Microbiology (SEIMC), “not only produce acute diseases such as vaginitis, cervicitis, urethritis, proctitis and genital ulcers. They can also cause chronic and serious complications such as pelvic inflammatory disease (PID), infertility, ectopic pregnancies, chronic pelvic pain, neonatal death, premature birth, reactive arthritis, cancer, etc., in addition to increasing the risk of transmission and acquisition of HIV ”. This was stated in an article in the publication Infectious Diseases and Clinical Microbiology.

Population epidemiological information on these infections in Spain is obtained through the Compulsory Declaration of Diseases System and the Microbiological Information System included in the National Epidemiological Surveillance Network (RENAVE). The latest report, with data from 2018 and revised in 2020, show how the incidence has multiplied exponentially in recent years.

Although if there is an infection that is prevalent, it is the Human Papilloma Virus. The frequency of infection in women in Spain is 14.3 percent; 29 percent occur in 18-25 year olds. The Centers for Disease Control and Prevention remember that there are more than 100 types. About 40 of them can be transmitted to both the genital areas and the mouth and throat through direct sexual contact.

HIV cases are also worrisome. The Ministry of Health estimates that the rate for 2019 will be 7.46 per 100,000 inhabitants once the notification of all diagnoses made that year has been completed.

“Transmission in men who have sex with men (MSM) was the most frequent, 56.6 percent, followed by heterosexual transmission, which accounted for 32.3 percent, and that occurred in people who inject drugs (PID ), which added 2.6 percent. Therefore, 88.9 percent of new HIV diagnoses in 2019 were sexually transmitted, ”the Information System on New HIV Diagnoses and the National Registry of AIDS Cases collects in a report.

The Minister of Health, Carolina Darias, advanced on October 22 the next approval of the new Plan for the Prevention and Control of HIV Infection and Sexually Transmitted Infections (STIs) for the period 2021-2030.

The pandemic has hampered sexual health

The pandemic has pushed sexual health back a few steps. According to the WHO, family planning and birth control have been severely disrupted by COVID-19 in seven out of 10 affected countries.

The United Nations Population Fund (UNFPA) indicates that in 114 low- and middle-income countries, more than 47 million women have no access to contraceptives. An article published by the Guttmacher Institute notes that lockdown measures have also disrupted supply chains and the ability to access health facilities. “Products related to sexual and reproductive health became inaccessible or were out of stock, directly hampering the sexual and reproductive health and rights of millions of women and girls,” they say.

“In an attempt to control its spread, countries have imposed local and national blockades, which affects many health services, especially sexual and reproductive health services, which are actually essential and save lives,” says another article of the European Journal of Contraception and Reproductive Health Care.

Under the title ‘Era of COVID-19: a beginning of increase in unwanted pregnancies, unmet need for contraception and other problems related to women’, the author assures that “in a fu[1]In the near future, this will result in a large number of serious consequences, including increased unmet need for modern contraceptives, unwanted pregnancies, increased unsafe abortions, maternal and newborn deaths, and other harmful practices. such as female genital mutilation and child marriages in developing countries ”.

In Spain, the Spanish Contraception Society drew up a document that defined the health benefits associated with reproductive health that should not be delayed, even if they involved the transfer of patients to the health center. The request for voluntary interruption of pregnancy (IVE), request for emergency contraception, suspected STIs, severe complications associated with different contraceptive methods, and care for victims of gender violence were included. Also in the case of the IUD, the suspicion of infection or heavy menstrual bleeding justified that care could not wait.

However, some of these problems were already occurring before the pandemic. Several organizations have been calling for years across the country for greater equity in sexual health.

The report ‘Deficiencies and inequity in sexual and reproductive health services in Spain’ prepared by various entities and published in 2016, shows that “cuts in health care at the national and regional levels affect the lives of women in a particular way at the time of receiving medical attention. Likewise, the unequal power relationship between men and women, and the different forms of violence against women, have a negative impact on their physical, mental, emotional and social health ”.

The work highlights that there is an excessive instrumentation of delivery with high rates of caesarean sections and episiotomies, and that “it is not always easy to access a voluntary interruption of pregnancy through the Spanish public health system.” Two problems that, five years later, still persist.

Sexual dysfunction is another of the problems related to sexual health. In a ‘Guide to Good Clinical Practice in Sexual Dysfunctions’ published by the General Council of Medical Associations (CGCOM), the doctor and sexologist Carlos San Martín classified them as arousal disorders: erectile dysfunction; ejaculation and orgasm disorders, including premature, delayed, retrograde ejaculation and anejaculation, as well as pain during ejaculation; and desire disorders, which include hypoactive sexual desire, sex aversion disorder, and sex addiction.

The guide is committed to the Primary Care physician being prepared to attend to these problems in the best possible way due to “the high prevalence of sexual disorders”. In the introduction, the doctor, psychologist and sexologist Francisco Cabello Santamaría points out that it is not easy to know the real incidence because many investigations do not specify the classification of the dysfunctions to which they are taken.

In recent years, important work has also been done to tackle sexual violence. It encompasses, according to the WHO, acts ranging from verbal harassment to forced penetration and a variety of types of coercion, from social pressure and intimidation to physical force.

The consequences of sexual violence on the health of male and female survivors are broad. However, the WHO recalls that girls and women bear the most overwhelming burden of injuries and illnesses resulting from sexual violence and coercion, “not only because they constitute the vast majority of victims, but also because they are vulnerable to consequences for sexual and reproductive health, such as unwanted pregnancies, unsafe abortions and an increased risk of contracting sexually transmitted infections, including HIV infection, during vaginal intercourse ”. “Still, it is important to note that men are also vulnerable to HIV infection in cases of rape,” they add.

In addition to the effects on reproductive health, the WHO highlights that sexual violence has other significant health consequences, including suicide, post-traumatic stress syndrome or self-inflicted injuries. In the case of sexual abuse of minors, they may adopt high-risk behaviors such as having multiple sexual partners and drug use, among others.

The provision of comprehensive medical and legal health care services to victims, with trained personnel, is key to providing psychological support, emergency contraception or providing information on safe abortions. Only in this way can an attempt be made to mitigate the health effects suffered by survivors of sexual violence. 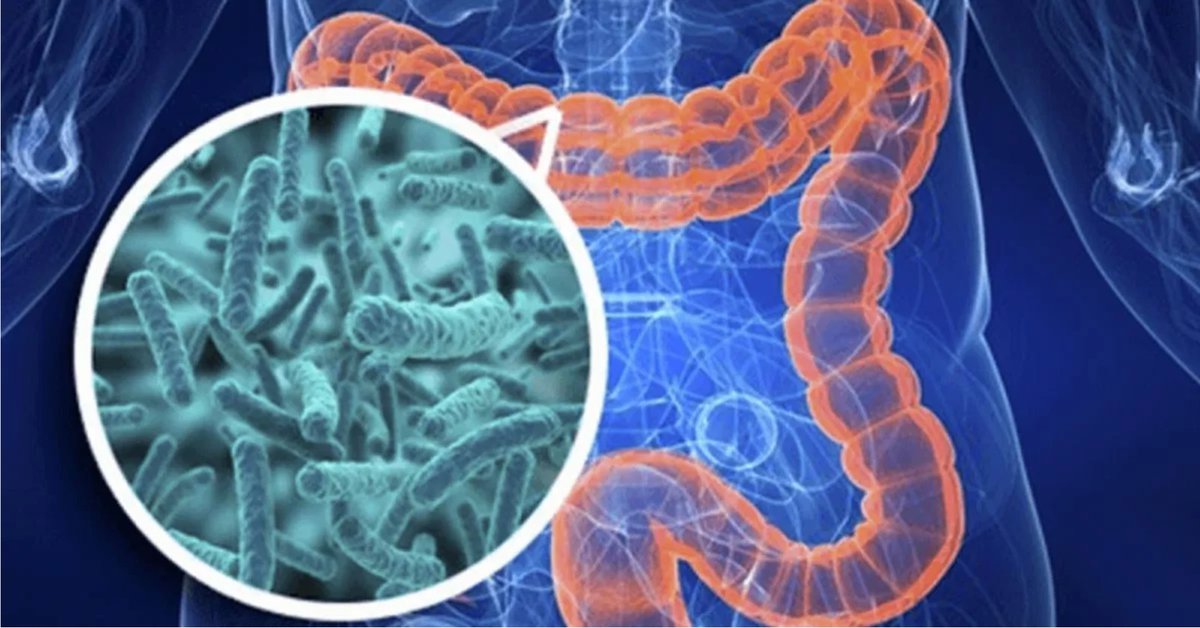 From fatigue to infertility and depression: why the causes may be in the intestines 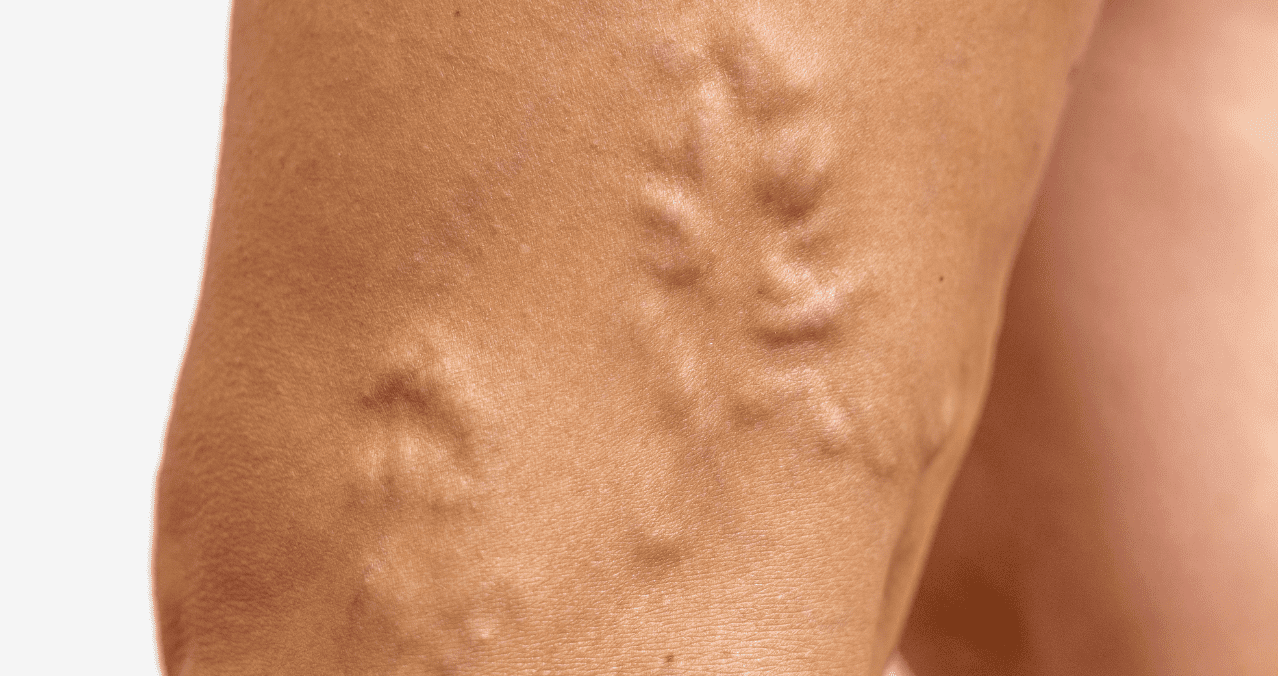 Restless legs syndrome may be linked to strokes: study 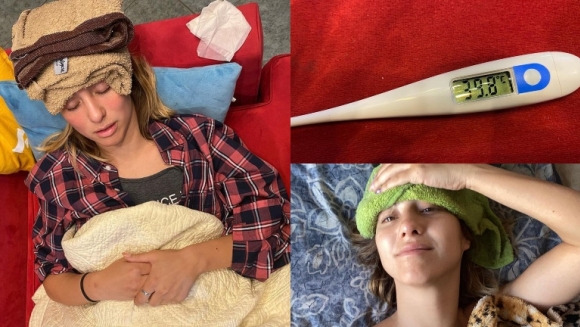 Flor Vigna spoke of her state of health: “My body took me out of service; shaking, vomiting and severe pain in my belly”

What prepayments and social works cover the swab?