The researchers set a new record for the lowest temperature ever recorded in the laboratory: 38 picokelvins. A team of German researchers has managed to reach this extreme temperature of 38 trillionths of a degree above absolute zero (−273.15 ° C) during the study of the Bose-Einstein Condensate (CBE), also called the fifth state of matter.

When in the CBE state, matter begins to behave like a single large atom, becoming very interesting for physicists who are interested in the mechanics of subatomic particles. In case you don’t remember high school physics classes, temperature is a measure of molecular vibration – the more a collection of molecules moves, the higher their collective temperature.

Absolute zero, or zero degrees on the Kelvin scale, is the point where all vibration ceases. In other words, it is the lowest possible temperature, nothing can be cooled more because in essence there is no heat at all. And near the absolute zero temperature, strange things start to happen. For example, light becomes a liquid that can be properly poured into a container, according to a study published in 2017 in the journal Nature Physics.

In the new experiment, the researchers placed a cloud of about 100,000 gaseous rubidium atoms inside a room from which all particles were removed to create a vacuum. Then they cooled the room to two billionths of a degree above absolute zero, which would have been a record in itself.

But the members of the German team wanted to push the limits of physics and for that they needed to reproduce the temperatures in the depths of outer space. They took their room to the European Space Agency’s Bremen Experiment Tower where they let it fall free from a height of 120 meters while a magnetic field was intermittently activated to allow the Bose-Einsten Condensate to float. undisturbed by gravity.

The result was that the CBE remained at a temperature of 38 picokelvins for two seconds, setting a new record, according to the study published by researchers in the journal Physical Review Letters. The coldest known natural place in the universe is the Boomerang Nebula in the constellation Centaurus, about 5,000 light-years from Earth. Its average temperature is -272 ° C (about 1 kelvin), reports Live Science. Matter behaves bizarrely when in the state of Bose-Einstein Condensate (PHOTO: Wikimedia Commons)

The Russians built a replica of the X-Wing from “Star Wars” in Siberia. A group of superheroes Star Wars from Siberia built a full-scale replica of the X-Wing fighter aircraft used by the Rebel Alliance in the popular science fiction franchise. “It turned out very cool,” said Ayaal Feodorov, the leader of the construction team in Russia’s coldest province, the Saharawi Republic, also known as Yakutia.

The 6 members of the team videotaped their efforts that lasted 3 months, the images showing how they assemble the aircraft, paint it and then transport it to a youth park in Yakutsk, the provincial capital. “It simply came to our notice then. We will finish the R2D2 and C3PO robots very soon and it will be the coolest cosplay in the world! ”, Feodorov added on Instagram.

This spring, Feodorov and his team also completed a 1,000-pound wooden replica that weighed 14 meters high on the Disney + Razor Crest battleship. The Mandalorian. In the series, the ship was destroyed in season 2 and its replica had a similar fate, collapsing due to strong Siberian winds just one month after its installation in Yakutsk.

“This time we anchored the ship well,” Feodorov was quoted as saying by The Moscow Times.

Steve Carell will star in the upcoming series “The Patient.” Carell will play the role of psychologist Alexander Strauss in The Patient, a limited series (format that seems increasingly popular) with 10 episodes produced by American television FX. The actor will play the role of a psychologist who is held captive by a serial killer with a less common requirement: to be healed by deadly impulses.

But untangling the murderer’s mind, while bringing to light some of his own problems that he has repressed, will create a journey perhaps as dangerous as captivity, says FX in describing his future psychological thriller. Beyond this information, the data about the series, such as the release date, remain a nebula, the project being at the beginning of the road.

We do know, however, that Steve Carell, best known for his portrayal of Michael Scott in the series The Office and recently acclaimed for his role in Space Force on Netflix, will also be one of the executive producers of the upcoming FX series, according to HeyUGuys. 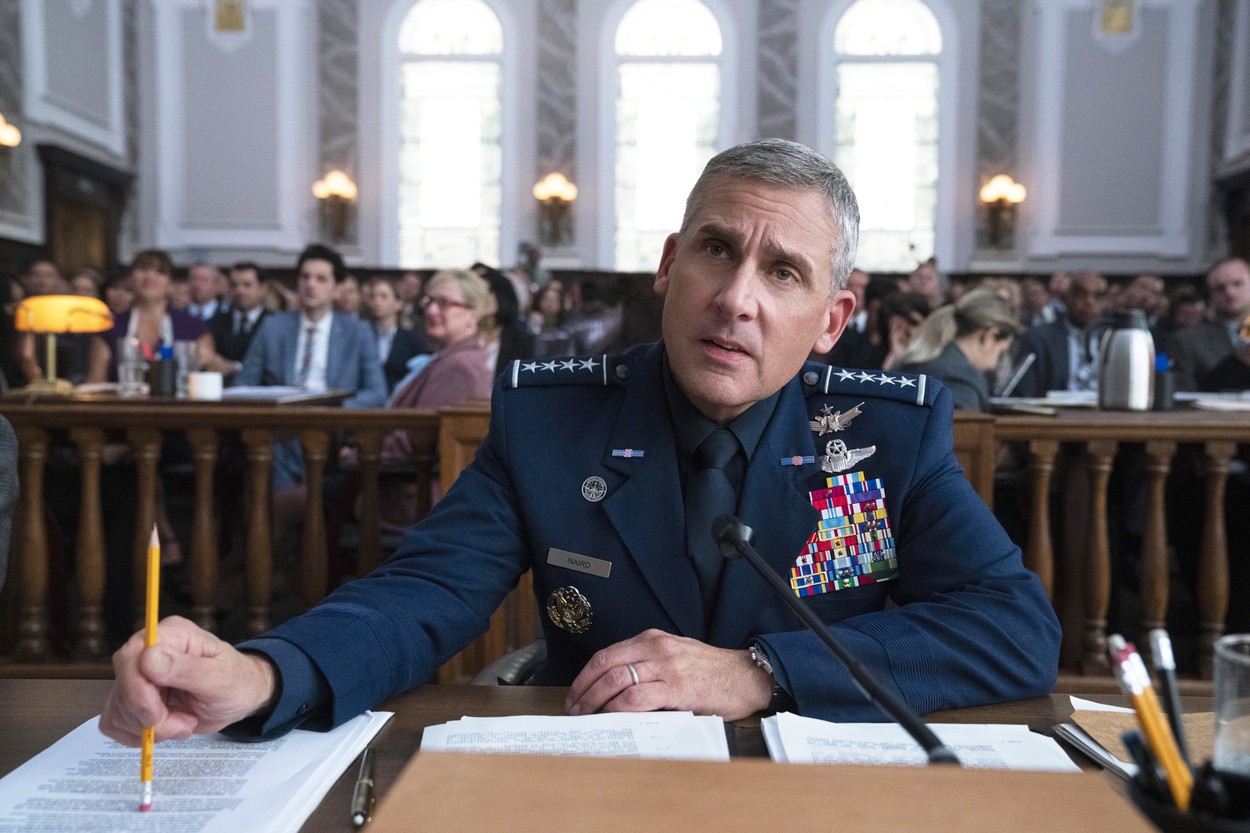 There are some rumors that Season 2 of the Space Force will be released soon but Netflix has not made any official announcement yet (PHOTO: LMK / Landmark / Profimedia Images)

New Zealand fired its official wizard after more than two decades. The New Zealand Wizard, probably the only wizard in the world to be appointed to this official position, was fired after 23 years in the public service, with authorities saying they want a more modern approach to tourism.

The English-born wizard, real name Ian Brackenbury Channell, has worked in public places in Christchurch since arriving in New Zealand in 1976. In 1998, he was contacted by then-Prime Minister Mike Moore. who formalized his role. “I’m worried your witchcraft isn’t available to the whole nation,” Moore informed the man at the time.

“I therefore suggest that you consider my suggestion to become a Wizard of New Zealand, Antarctica and the relevant coastal areas (…) there will certainly be repercussions in the field of spells, blessings, curses and other supernatural issues beyond the competence of some simple premieres, “Moore said.

However, the Christchurch Local Council has now announced that it has decided to terminate the contract of its wizard who was paid 16,000 New Zealand dollars (approximately 10,400 US dollars) per year. Lynn McClelland, a spokeswoman for the council, said the authorities want to “present a vibrant, diverse and modern city that is attractive to residents, domestic and international visitors, new businesses and skilled migrant workers.”

Although the wizard has delighted the locals with his public appearances over the years, more recently he has been criticized for comments considered sexist by some people. Among other things, Channell noted that the current situation in New Zealand shows that “women use cunning to conquer chubby men” and that “you should never hit a woman because they bruise easily.”

Channell reported that the authorities told him that they had decided to terminate his contract because he was no longer in step with the “vibe” of the city. But he confirmed that his time as a wizard is not over, saying he will continue to appear in the city to talk to locals, as he has done for more than two decades, reports The Guardian. 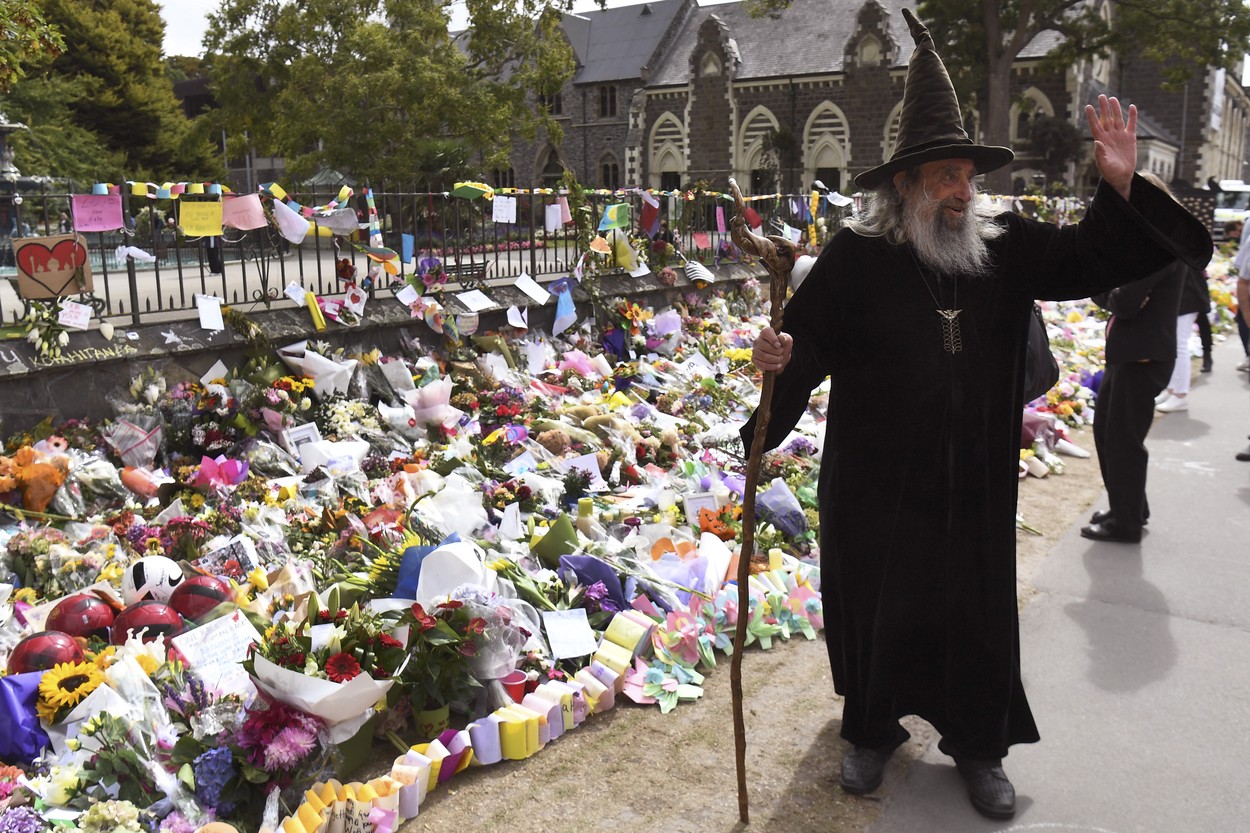 Channell at a memorial to the victims of the armed attack on Christchurch mosques (PHOTO: William West / AFP / Profimedia Images)

“That 90’s show” has been officially confirmed. If regarding season 2 of Space Force Netflix is ​​still silent, the American streaming giant has officially confirmed that it is developing That 90’s Show, a spin-off series of the popular series That 70’s Show released in 1998. Moreover, Netflix has announced that actors Kurtwood Smith and Debra Jo Rupp will return in the roles of Red and Kitty Forman.

The action of the future series will take place in 1995, which will tell the story of Eric and Donna’s daughter, Leia Forman, who visits Red and Kitty during the summer holidays. Bonnie Turner and Terry Turner, the creators of the original series, were taken on board by Netflix as executive producers of the next series for which he ordered 10 episodes.

That 90’s Show, aired for 8 seasons until 2006, was a huge success, launching the careers of names now established in Hollywood such as Ashton Kutcher, Mila Kunis or Topher Grace. It is unclear at this time whether other members of the original cast will appear in episodes of the upcoming series that fans hope will be more successful than That 80’s Show, another spin-off attempt abandoned in 2002 after only 13 episodes, writes IGN.

Three of the destroyed paintings were the so-called “Faculty Paintings”, huge works by the famous Austrian painter Gustav Klimt called “Medicine”, “Philosophy” and “Jurisprudence”. All that remains so far of these paintings are the black and white photographs that were taken of them. But now Google, in partnership with the Belvedere Museum in Vienna, has used an AI that recreated color paintings based on machine learning techniques.

The researchers used several sources to create an algorithm to color the paintings the way they looked in the original. Some of the sources were newspaper reports from the time of the presentation of the paintings that described their colors, such as the vibrant green used for the “Philosophy” sky. Google’s AI then analyzed other works by Klimt painted by him during the same period.

“For me the result was surprising because we were able to color them even in places where we had no knowledge but with the help of machine learning we have good assumptions that Klimt used certain colors,” says Dr. Franz Smola, curator at the Museum Belvedere, in a press release from Google and quoted by Mashable.

Beethoven began composing this symphony 3 years before he passed away but never finished it, the only things that survived about it being a few notes and musical notes of the composer. But in 2019, almost 250 years after his death, a team of musicologists and artificial intelligence experts began reconstructing the symphony.

Dr. Ahmed Elgammal, a professor of artificial intelligence at Rutgers University, explains: “It was a huge challenge. We had to learn AI to take a short passage, or just a musical motif, and develop it into a more complex musical structure, just as Beethoven would have done. ”

Scientists used works by Beethoven, but also by other composers of the time such as Bach, Haydn and Mozart to train AI, the musical lines produced by it being then examined and arranged by musicologists. The premiere of the symphony took place last Sunday in Bonn, the hometown of the German composer, Euronews reports. You can listen to an excerpt of it below or the final result HERE.

PS: I guess you saw William Shatner arrive in space this week, right?

In case you want to read last weekend’s Nerd Alert, you can find it here: 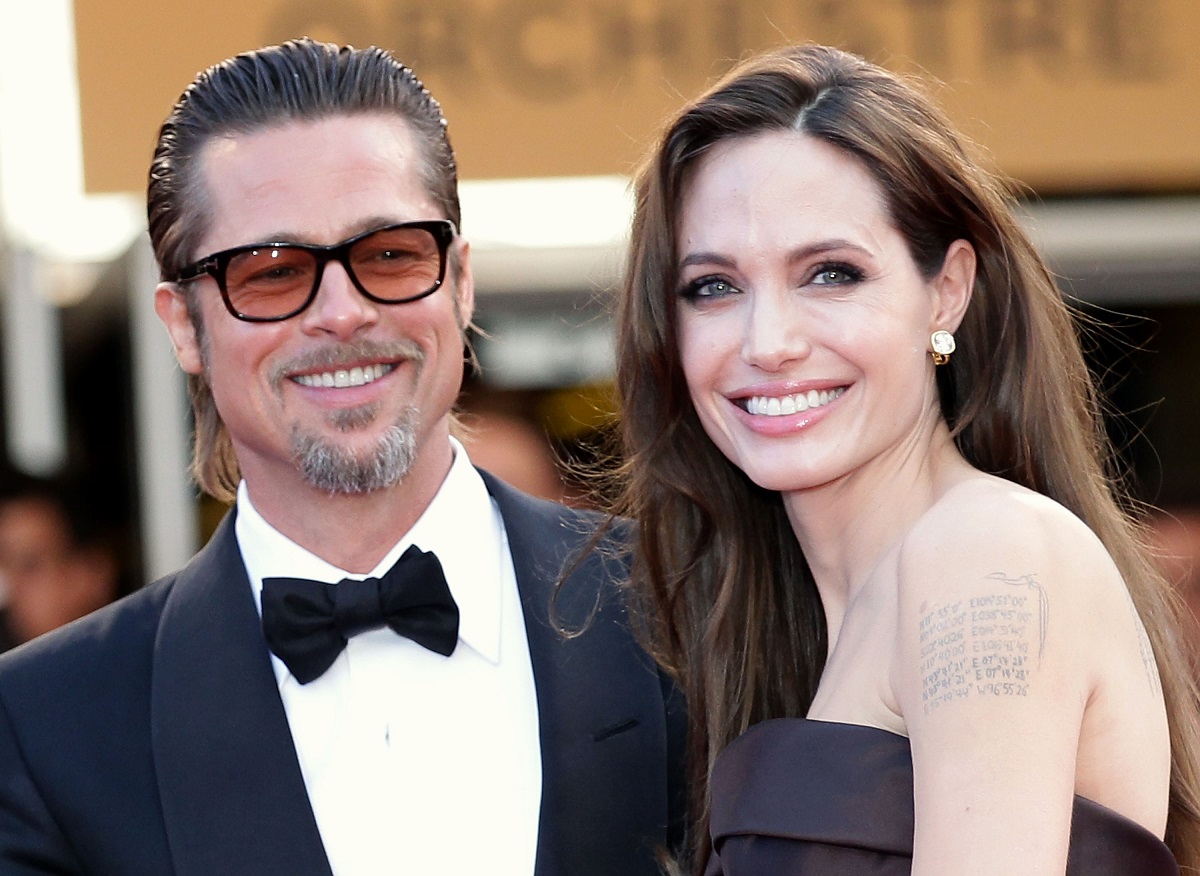 Brad Pitt did not give priority to meetings after breaking up with Angelina Jolie. The actor has not had a relationship for 5 years 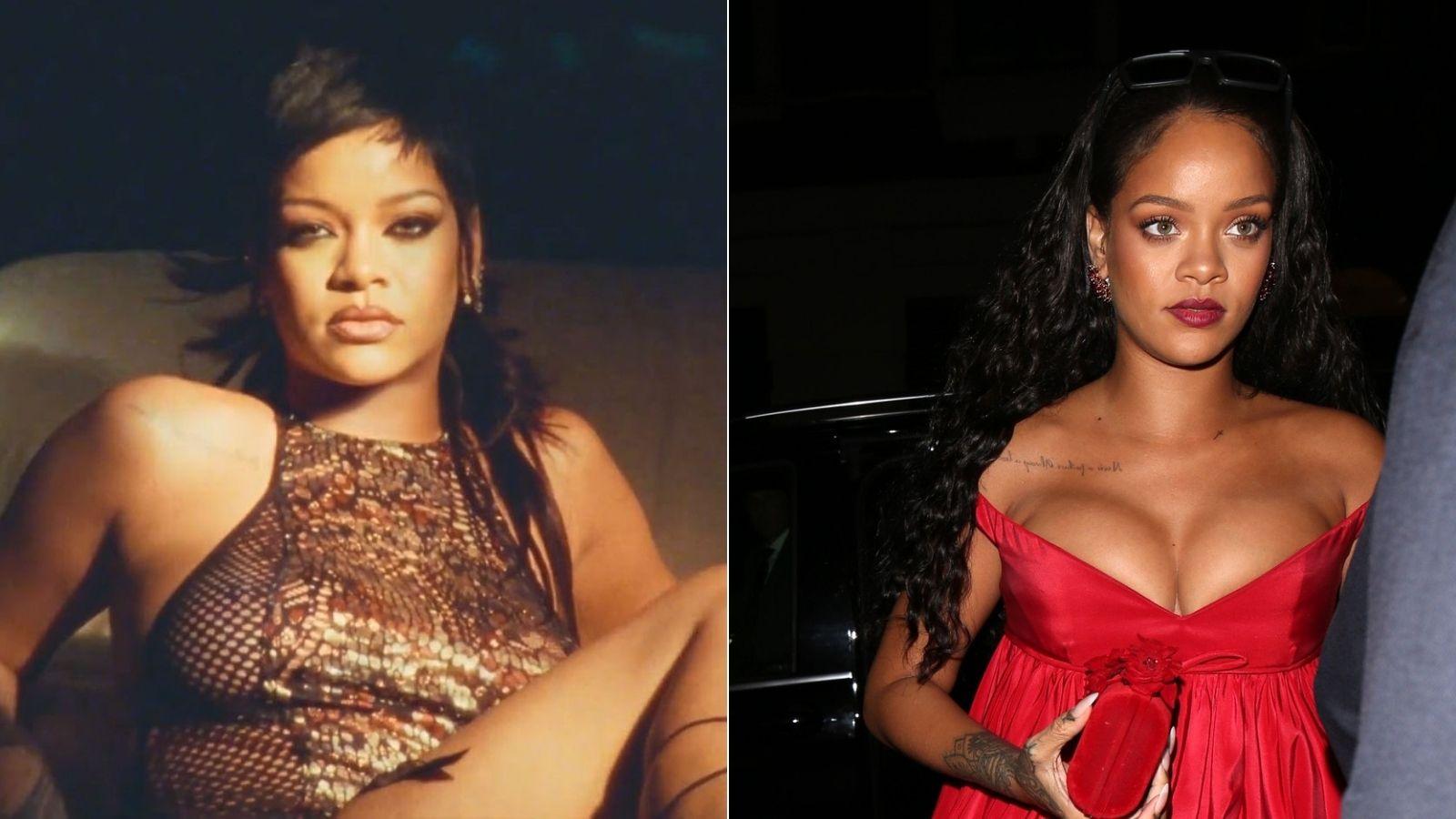 Rihanna, the jumpsuit that showed more than she would have liked. The provocative hypostasis in which the star was photographed