The dollar He “governs” the economy and even the states of mind in Argentina; even for those who cannot access that currency. In parallel, inflation and mistrust hit hard. Because, Alfredo Romano proposes a paradigm shift: dollarize the economy and, in that sense, take the Central Bank and the “banknote machine” out of the game.

The young Mendoza-born economist broke out with a theory that has solid foundations and that is also analyzed by some thought groups for the future. In his book “Dollarize, the road to economic stability“He explains in detail and in accessible language what are the problems and the ways to solve the economy. For him, the” weight has died “because there is no way to generate confidence. And dollarization is the way, although not In isolation. “Without a plan on the fiscal and labor front, dollarization has no projection of success in the long term. Dollarization is inevitably accompanied by profound improvements, “he says in the book.

Roman He has a master’s degree in finance and specialized in Columbia University, United States. In the book, which is prefaced by Sergio Berensztein, he assures that dollarizing would democratize the currency. “At present, the pesos, that is, the devalued, volatile currency that suffers from inflation, belongs to the poor, while the dollars belong to those who have a minimum capacity to save. Dollarization breaks that scheme and everyone, absolutely everyone will be able to have and live on a stable and secure currency that will not devalue against cleaning products, the price of clothing or food, “he explains. The book will be presented on Wednesday, November 24 at 6.30 p.m. and will be broadcast on YouTube live.

In an interview with MDZ, Romano analyzes how that measure would impact and what can be done, among other things, to lower inflation.

-Why do Argentines “think green” throughout our lives, even though many do not have dollars?

-Simply for these reasons: we are one of the six economies with the highest inflation on the planet and we can only compare ourselves with economies that suffer dictatorships or warlike conflicts such as Sudan or Lebanon. In addition, if we review history, we had the highest accumulated inflation in the world and on average we live with a general rise in prices of almost 60% per year in the last 40 years. Let’s not forget that according to a report by Daniel Sticco, in the last 139 years, Argentina changed its currency 5 times.

Because it is a monetary mechanism that allows Argentine inflation to drop dramatically in a short time. Because it generates stability. Because it limits the spending channels of the governments of the day. Because it is a monetary policy that allows it to be definitively independent from the interests of the governments of the day, avoiding uncontrolled monetary issuance. Without currency there is no economy and we need to have one that is stable. The bimonetarism regime failed miserably throughout history. Dollarization is the only monetary policy that we have never tried in our history. Improves governance in moments of institutional fragility. Something that we have been seeing since 2015. The peso has already died in Argentine society

-Is it resigned to the fact that we cannot have our own currency …?

-Yes, it is having the humility to accept that we try and try, but we never improve people’s lives.

-Is there no way to generate confidence in your own currency or in a Central Bank that can be independent?

-No, the institution of the Central Bank in Argentina is totally discredited. If one analyzes the last 50 years in terms of monetary policy, all, absolutely all the Argentine governments of the moment – Peronists, radicals, let’s change – failed to make monetary policy independent from the interests of the government of the day. I add some statistical data: since 2001 we have had 13 presidents, each term in theory should last 6 years from their appointment by the Executive Power with the agreement of the National Senate, although they can be reelected. With the exception of the case of Martin Redrado, who lasted in his position of highest authority from September 24, 2004 to January 22, 2010, and Ernesto Bosch, who presided from May 31, 1935 to September 18, 1945 , the rest of the presidents did not fulfill their mandate and a majority did not reach even 2 years, that is, a third of their cycle. Therefore, since 1935 we have had 62 presidents when, in theory, if article 7 of the organic law of the BCRA 21,144 had been respected, we should have had fewer than 15 presidents.

-What can the Federal Reserve … or the president of the United States think about having a country like Argentina dollarized?

-The United States is not interested and it is not convenient for us to dollarize our country. Troubled economies like ours can only discredit their currency, which is by far the most important transaction medium in the world. The Monetary Fund would be the main opponent of such a measure.

– Does dollarize mean “give up” independence?

-Dollarize means to gain in stability, in confidence and in being able to think about a country in the long term. The dollar is only a monetary tool for Argentina once and for all to stop continuing in free fall and return to sustained growth. Spain, Italy, Portugal lost their currency but not their independence. This would be something very similar. But surely in the political class it can make noise: not having the ticket machine is giving in to the permanent “temptation” of issuing to cover up problems.

-The closest fact that Argentines can remember is convertibility. Why is this plan different?

-It’s radically different. The main objective of the currency boards or “convertibility” is to strengthen the domestic currency through a legal commitment to maintain a fixed parity of said currency. In the 90 ‘our parity was “1 to 1”. The objective of establishing a currency board is to ensure that the population believe or re-believe in the national currency and use it in accordance with all the functions of money. Therefore, convertibility turns out to be the highest expression of bimonetarism, since two currencies circulate legally. Also, in this monetary regime, even though the Central Bank should not be free to issue, it can inevitably do so, as we saw in the 2nd stage of Argentine convertibility, where monetary orthodoxy was partly lost. In other words, the independence of monetary policy is completely dependent on the conduct of the governments of the day.

On the other hand, in a dollarization regime, the objectives differ radically from the currency boards, since they do not seek to strengthen the domestic currency but, on the contrary, it is definitively eliminated from the monetary system. The dollarization of the economy means that there is no longer the possibility of issuing by the Central Bank. Therefore, the independence of monetary policy is absolutely protected from the governments of the day.

-How did Ecuador do?

-Very good the first decade. He managed to improve all the variables that a citizen is interested in, whether it is going from an inflation of 107% to 8% in less than two years or improving the real salary in dollars. At present, the minimum wage in dollars in Ecuador is 400 dollars while in Argentina it is 140 if we take the free dollars. The second decade has been more limited in growth because dollarization is essential but not enough. Ecuador has not made progress in other reforms that strengthen the economic plan. However, in 20 years it has quintupled the size of its economy from USD 18 billion to more than USD 100 billion and only had one recession in these two decades in 2016 (removing covid) while Argentina only in the last 10 years had 6 recessions.

-What does the Argentine economy lack to be competitive?

-First let’s analyze where we stand today. Argentina according to different world rankings is among the groups with the worst competitiveness in the world. According to the World Competitiveness Ranking that has been prepared since 1989 by the IMD, a Swiss-based Think Tank that analyzes competitiveness at a global level through comparative evaluations between countries, statistics and research, Argentina is penultimate in a group of 64 economics analyzed.

Returning to what we need: first a change in the economic paradigm. Dollarization is a disruptive change, profound for the dynamics of the country that all Argentines dream of. Then, we need a complete plan where the monetary reform is a stabilizing instrument but is accompanied by other reforms in the fiscal, labor, commercial and banking fields with a very pronounced focus on investment.

– Do you trust that there will be an agreement with the IMF? How important is it?

-Do not know. It is fundamental but it will not dramatically improve the lives of Argentines. Our country needs much more profound changes than a simple agreement with the Monetary Fund.

-There is a “libertarian wave”. What do you think of leaders like Milei and Espert and their economic ideas?

-Not in any way. In my book I expose it. Regarding the variables, I consider that it is multicausal: psychological (Argentine mania), economic malpractice, temporal, bimonetarism and the administration of resources. I explain each of them in detail in the book.

Lowering inflation in Argentina is essential and necessary to grow again. If double-digit inflation is persistent, it does not allow the interest rate to be lowered, which turns out to be a fundamental engine to encourage productive investment in Argentina. The decrease in interest rates is an essential condition for the so-called virtuous circle of economic development to appear. To simplify, there are two conditions that activate productive investment: first, macroeconomic stability and, second, low interest rates.

-Would stop having dollars by dollarizing it control it?

-Without a doubt. Let me give you a final thought. Dollarization comes to democratize the currency in Argentina. At present, pesos, that is, the devalued, volatile and inflation-prone currency, belongs to the poor, while dollars belong to those with minimal saving capacity. Dollarization breaks that scheme and everyone, absolutely everyone, will be able to have and live on a stable, secure currency that is not going to devalue. 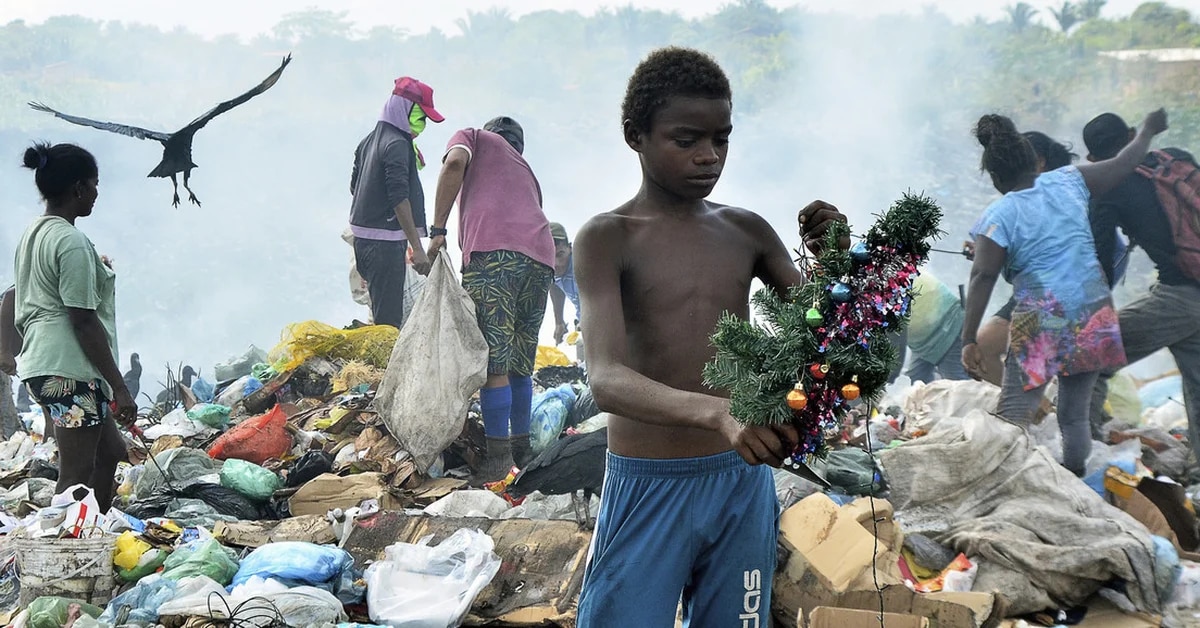 The boy and the Christmas tree: the story behind a viral photo that moves the world 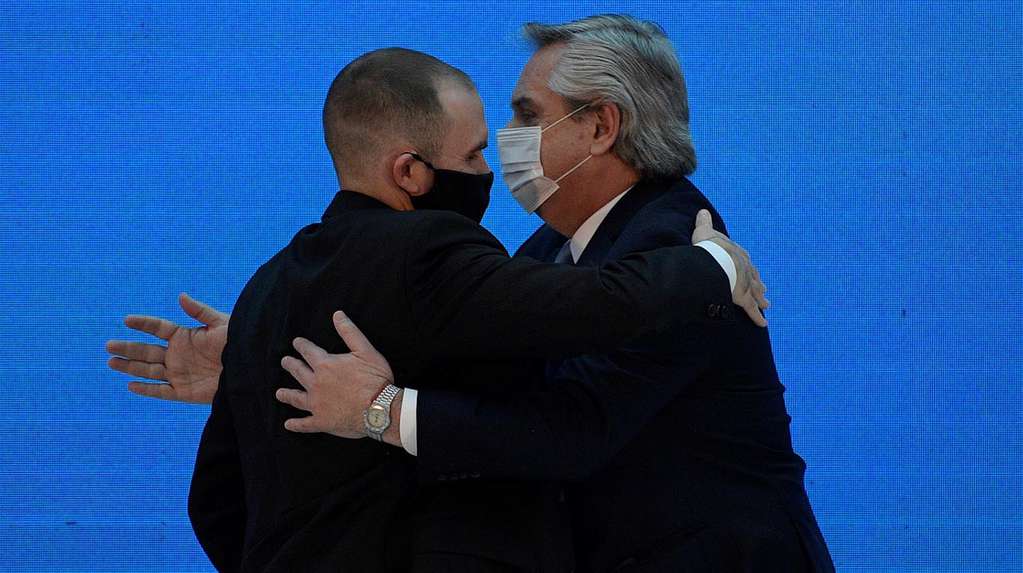 Dollar, inflation and IMF after the elections: the scenarios and measures that Alberto Fernández evaluates 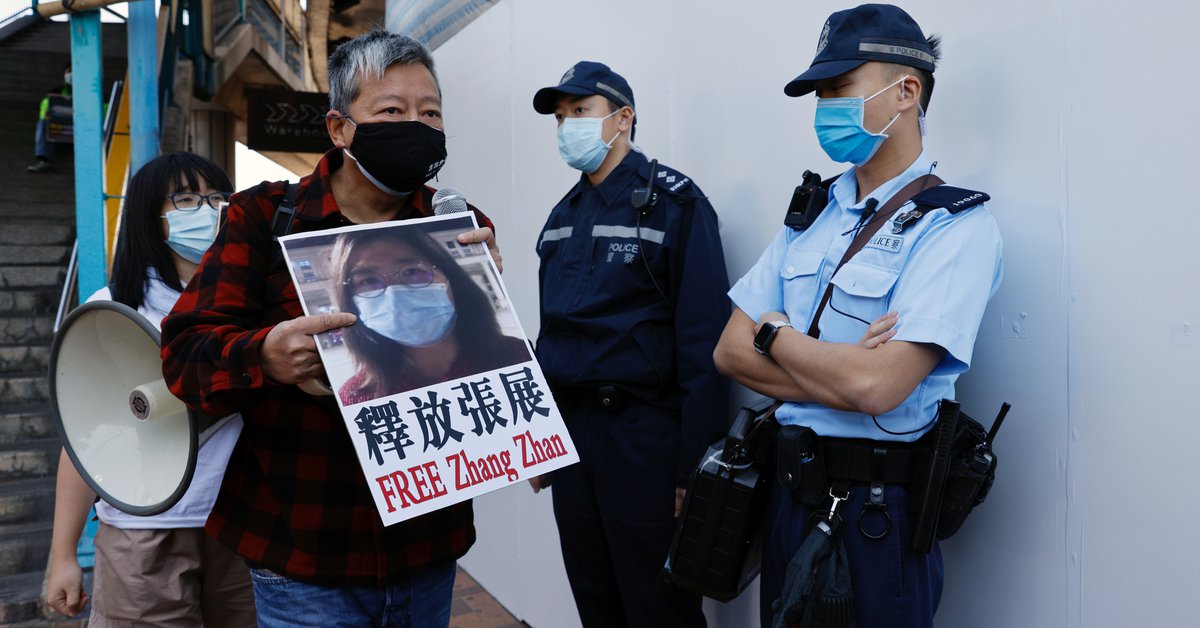 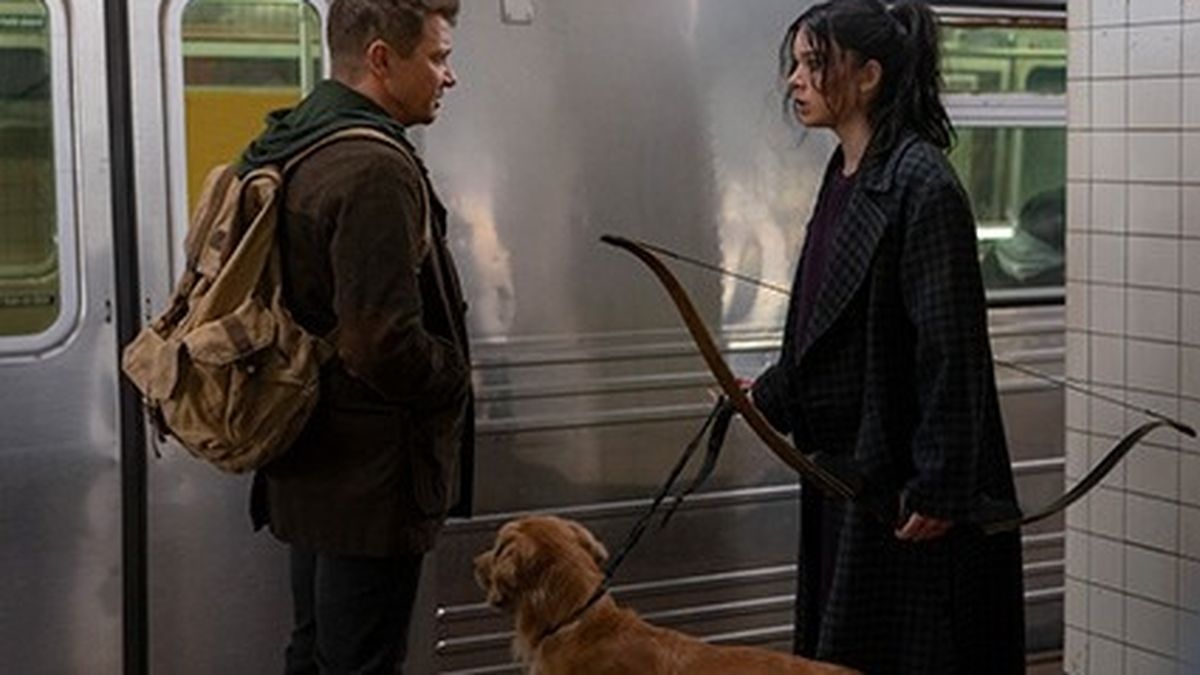 10 contents to watch as a family