In testimony in London, Amber stated that Johnny Depp is “generous” and “affectionate” when he is sober, but “the other side of him was a monster”.

“I loved him and didn’t want to lose that (…) His other face was that of a monster, but I always kept the hope that he would detox,” said Heard, in response to a question from The Sun’s lawyer.

Johnny Depp sues the British tabloid for being called a violent husband in 2018. The newspaper’s publishing group, NGN, alleges 14 incidents in which the “Pirates of the Caribbean” actor was allegedly violent towards his wife.

The trial, which is in its third week, exposed the couple’s tumultuous life, including the description of some violent episodes. Depp acknowledged the abuse of drugs and alcohol and claimed that Heard was violent, as well as portraying her as a calculating, narcissistic and sociopathic person.

Amber Heard, 34 and called to testify for The Sun’s defense, defended herself by saying she never wanted to take advantage of the situation. “I didn’t want to put Jhonny [in a position] where the whole world or his children found out in detail who he is, or what he is capable of. It’s shameful,” he said.

The actress said she didn’t want to be in court and that she just wants Depp to “leave it alone.”

When asked whether events had benefited his career, Heard replied, “No. What woman has ever benefited from being a victim of domestic violence?”

Depp, who already testified at the July 7 trial, said he had never assaulted his wife.

The couple met in 2011 during the filming of “Diary of a Drunk Journalist” and divorced in 2017. The trial ends next Tuesday (28). 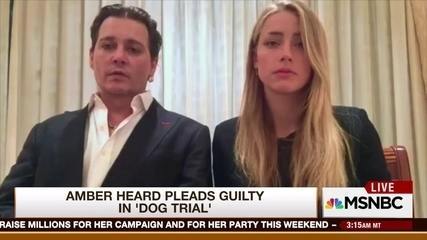 Aislinn and Aitana Derbez drive the networks crazy with their incredible...

The photos of Alejandra Guzmán without makeup that caused reactions in...