Angelina Jolie, a chance to regain exclusive custody of the children in the lawsuit with Brad Pitt 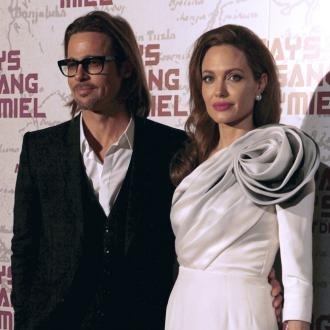 Angelina Jolie won the legal battle against Brad Pitt, the judge supervising the divorce and custody of their children being removed from the case, informs France Presse.

The two stars, who have six children and were once the most publicized couple in Hollywood, filed for divorce in 2016 and have been fighting through lawyers ever since.

In May, the judge appointed to resolve their separation – which had also celebrated their marriage in France in 2014 – granted Brad Pitt joint custody of their children. This retired judge officiates in a private setting, not in a courtroom.

But on Friday, a California court of appeals ruled that he had benefited financially from a separate collaboration with Brad Pitt’s attorneys without revealing it, giving Jolie justice that he should be disqualified.

The decision means that the case has returned to the starting point, which will have to start again before a new judge.


The actors met in 2004, on the set of the film “Mr. and Mrs. Smith”, in which they played a couple. At the time, Brad Pitt was still married to Jennifer Aniston.

The 57-year-old actor was accused of hitting one of his children on a flight from France to Los Angeles, shortly before his girlfriend filed for divorce, but in the meantime he was acquitted by the FBI and his assistants. social.

In 2018, Jolie and Pitt reached an amicable custody agreement, which seems to have broken down since then.

The terms of the agreement were not made public, but according to the American press, Brad Pitt requested joint custody, while Jolie wanted sole custody.

Following the May decision, a source close to the case told AFP that the actress considered that “she and the children did not have a fair trial” and that she would continue to “look for the best solution for the children and their well-being”.


Share
Facebook
Twitter
Pinterest
WhatsApp
Previous articleCameron Diaz is not looking for a husband and is open to nudity scenes
Next articleThe brunette with a wide bust conquered the great actor. Who Vin Diesel’s wife is and what she does