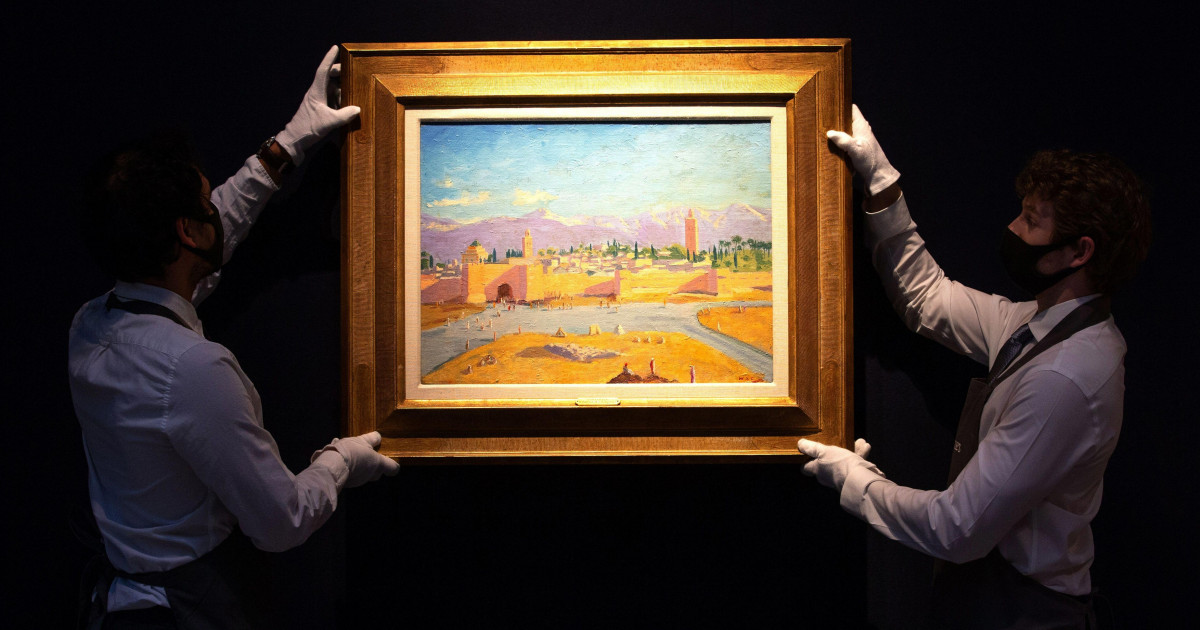 One of the most famous paintings painted by former British Prime Minister Winston Churchill was sold in London on Monday for over 7 million pounds (8.1 million euros) by Christie’s Auction House. The painting was put up for sale by the American actress Angelina Jolie, informs Agerpres.

The landscape painting is an oil painting depicting a sunset over the Koutoubia Mosque, an emblematic monument in Marrakesh. The painting was painted by Churchill during an official visit to Morocco during World War II.

The painting, entitled “Tower of the Koutoubia Mosque,” was donated by Churchill to then-President Franklin D. Roosevelt. Sold by one of Roosevelt’s sons in the 1950s, the painting passed through the hands of several owners, before arriving in 2011 in the collection of the American actor couple Angelina Jolie and Brad Pitt.


The amount with which the painting was sold far exceeded the estimates, between 1.7 million and 2.8 million euros, according to Christie’s.


Share
Facebook
Twitter
Pinterest
WhatsApp
Previous articleAngelina Jolie and Brad Pitt are fighting for the castle where they got married. Why the actress is accused
Next articleWhy did Ben Affleck divorce the other Jennifer in his life, actress Jennifer Garner? | See | Avantaje.ro