Angelina Jolie visited the Capitol and the White House this week to call for the approval of various reforms aimed at combat sexist violence in the United States. The actress and United Nations Goodwill Ambassador met with senators to act urgently and re-enter into force a law that for decades served to combat gender violence. Taking advantage of her stay in the Capitol, and as a sign of her tireless fight for the defense of the rights of women and children, the actress and director of By the sea met with some of the elite gymnasts who testified at the trial on the FBI investigation into the case of Larry Nassar, sentenced to life in prison in 2018 for sexual abuse.

-The very harsh account of Simone Biles about the abuse she suffered: ‘An entire system allowed it’ 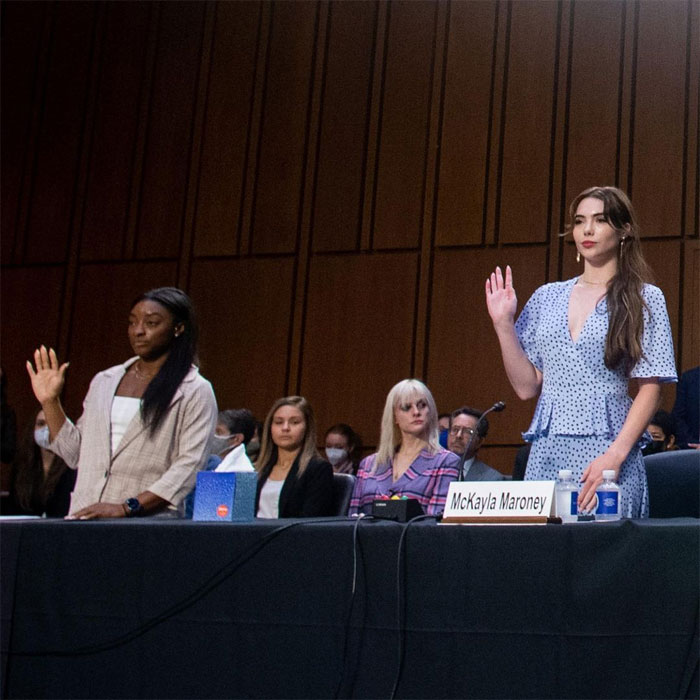 
Gymnasts McKayla Maroney, Aly Raisman, Maggie Nichols, Kaylee Lorincz and Jessica Howard pose with the 46-year-old actress, after giving a statement at a Senate hearing in which they denounced why the sports authorities and the federal police (FBI) did not act to prevent the attacks on young athletes who, for two decades, committed the Former US Women’s Team Doctor Larry Nassar. To all of them he wanted to show his support and admiration. “I was honored to meet with some of the brave American gymnasts who appeared before the Senate Judiciary Committee yesterday.”Jolie wrote next to the photo. “I am in awe of your courage and commitment to prevent future failures in the abuse investigation. “As Aly Raisman stated in her testimony,” more than 100 victims could have escaped the abuse. All we needed was an adult to do the right thing. ‘ I send them all my support and respect, since all are reliving this trauma so that there can be reforms in the system, ”he continued. 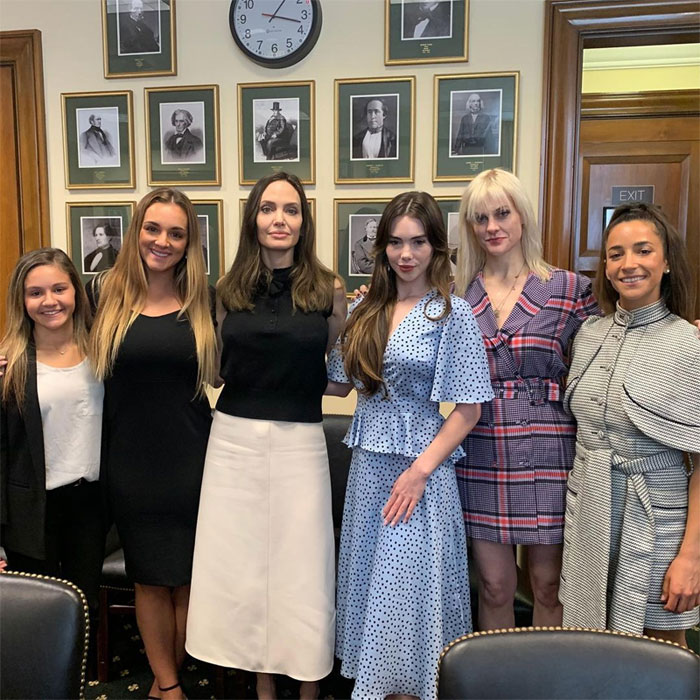 In January 2018, Larry Nassar, the former official physician for the United States Women’s Gymnastics Team (USAG), was sentenced to up to 175 years in prison after more than 150 women and girls reported that he sexually abused them over a period of time. 20 years. These gymnasts denounced that both USA Gymnastics and the United States Olympic and Paralympic Committee knew that he was being abused by the official team doctor and that they did nothing to solve it and also accused the FBI of having turned his back on them when they finally decided to report these aggressions. 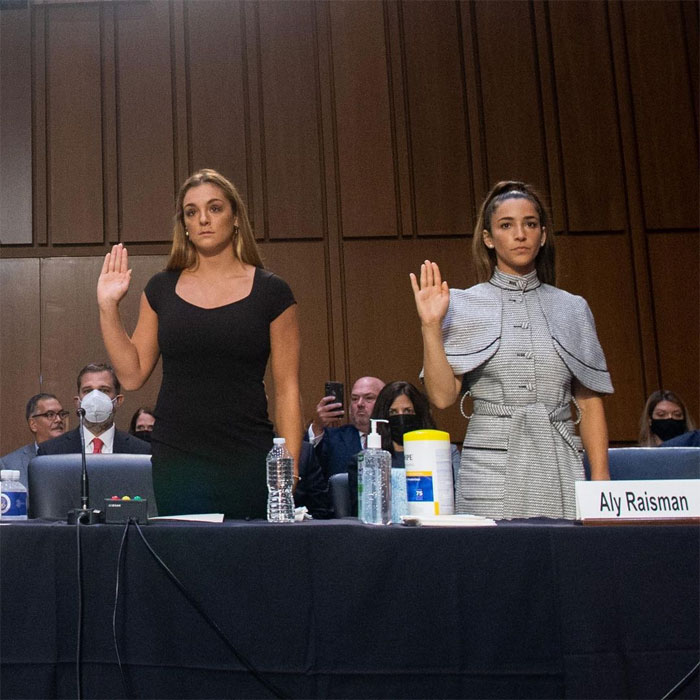 
-Simone Biles, the great star of the Tokyo Olympics, retires from the competition

During the hearing, Maroney, Raisman, Nichols, and Olympic gymnast Simone Biles alleged that the FBI not only failed to respond to their complaints, but that they put false statements in the official report that, they say, did not reflect the real claims of the victims, committing a crime, and were not punished for it.