The 33-year-old Frenchman has been undergoing all kinds of surgeries for more than a decade in an “artistic project” that he has dubbed “The Black Alien.”

When he was just a child and still living in his native France, Anthony Loffredo became fascinated with the world of bodybuilding. There was something about these men who took their bodies to the extreme that appealed to her. It went beyond muscles or strength, it was the idea of ​​modifying the body at will. Without knowing it then, that would be the seed that would give life, years later, to his project: The Black Alien.

Anthony is 33 years old today and he just had his last surgery (for now) to get closer to that mental idea of ​​”perfection”. He wants to become a “black alien”, an ambitious company that he defines as an “artistic project” and that after removing two fingers from each hand to turn their limbs into “claws”, he has barely completed 33%.

The figure is surprising, because just looking at Anthony is to suppose that he would be much more advanced, and it is to think, with amazement and impression, what will be 100% that this man-alien has in his head.

Over the last decade, the Frenchman has undergone all kinds of surgeries to modify his body, as well as extensive tattoo sessions that can last up to four hours each.. For him his body is a canvas, and his project “The Black Alien”, which he documents in an Instagram account called “The Black Alien Project” and followed by almost 800 thousand peopleIt is almost an obsession that occupies your mind all the time.

The physical alteration, such as a tattoo or piercing, is known as body modification, which is a broad category that includes almost any alteration that a person makes to their body. These alterations can be small, such as pierced ears, or more dramatic modifications, such as a stretched neck or marked skin.

There are a wide variety of reasons why people choose to alter their appearance, either temporarily or permanently. These reasons are generally culturally specific, meaning that what might seem extreme to you might be fully understandable in another culture. For example, in certain Asian and African cultures, women (and some men) will wear a heavy piece of jewelry to stretch the length of the neck to be considered more beautiful.

“I didn’t start my project the way I wanted, because I lived with my mother and had a job as a security guard, so I couldn’t do the things I wanted. That is why I waited until I had my house, my space and at that moment the project began “, says Anthony in an interview with René ZZ, a Spanish YouTube whose channel is dedicated to tattoos and body modifications.

The “click” says it came when I was 24 years old. He saw his life and he knew that he was not going the way he wanted, he saw himself and understood that he was not who he wanted to be. So he quit his job and started walking the path of the black alien.

“The first tattoo I got is of the face of a girl that I liked but is gone and can no longer be seen”, he says in a foreign Spanish, who has learned after years of living in Barcelona, ​​where he moved to undergo one of his most invasive surgeries up to that point: trimming his nose and ears. Something that is illegal in his native France.

In Spain he met modifier Oscar Márquez based in Barcelona who has been responsible for the latest modifications of Anthony.

With it he cut his ears, he practiced the “rhinotomy”And the tongue was divided, which involves cutting the muscular organ in two with a scalpel.

The tongue is also tattooed with a green coloring that to make it requires injecting with a syringe rather than using a machine, a dangerous and delicate procedure.

In the same way the eyes are tattooed, which in Anthony’s case are completely black, a surgery so dangerous it could have blinded him.

However, he says that he has always done these interventions with modification professionals, therefore they have been “safe”.

“Every tattoo hurts, and every modification too. The most uncomfortable was his tongue, because he couldn’t eat, he couldn’t speak, his throat was swollen ”, Anthony said in his July interview.

However, he affirms that he has not been affected by any of his interventions and even highlights that some senses have been improved thanks to them.

“I have not noticed any change in my vision, I control myself every year with an ophthalmologist and the truth is I have very good vision, it does not affect me. If you do it well, with a professional there is no problem “said about the black acular blood cell tattoo.

“With my ears I did notice a change, it shows in the noise, it’s very, I don’t know how to explain it, your outer ear is like a filter that absorbs noise, since I don’t have it, it’s a bit overwhelming, but I’ve gotten used to it. Now I listen and understand more to the people who speak behind me “he jokes.

On the modified nose he states: “It’s positive because I breathe more air, so it’s a good thing and it’s better for me. It doesn’t bother me. A little yes when it is very cold, there it bothers me a lot and it hurts me a lot because direct air enters me ”.

For his most recent operation, cutting two fingers of each hand to transform them into claws, he shared a video and some photos of the results with the message: “I develop my inner peace.”

This is perhaps the most extreme intervention that he has done to his body to date, and also the most controversial, as he has received strong criticism from several of his followers who see it as an “offense” for disabled people that someone voluntarily decides to remove part of its limbs.

But for Anthony these criticisms will always exist for what he says they do not stop him in his goal.

“I am like that because I want to be like that, everyone has their goal and their passion, if people judge you the important thing is to listen to your heart and soul”, afirma in a video uploaded to her Instagram.

Contrary to what many may think, Anthony or The Black Alien, is not a reckless person who wants to end his life, beyond recognizing in him contradictions typical of his project: “I love my body because I modify it as I want but at the same time I hate it because it is not totally how I want it, ”he says in the interview with René ZZ.

“The best life is to live as far as possible, to enjoy more. For me I think it will be a little more delicate and different from another person, because I have no nose, no ears, no upper lip, but I want to live long to continue my project, to enjoy life more, because life is beautiful and I want to stay here for a long time “Anthony explains as his message to the others.

For now, his plans are to recover from his last surgery and continue living in Barcelona, ​​a city where he has found peace of mind. Although he barely takes 33% of his complete work, he recognizes that he is not clear when that 100% will be, since the image he has of his final form always changes in his mind. 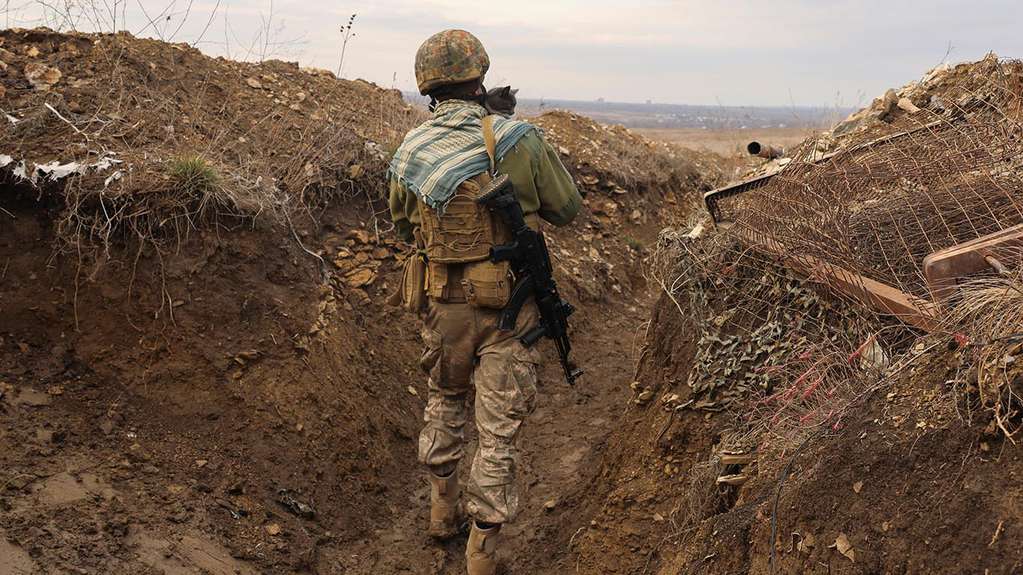 All tattooed, no ears and no fingers … won’t that be a lot? | Chronicle 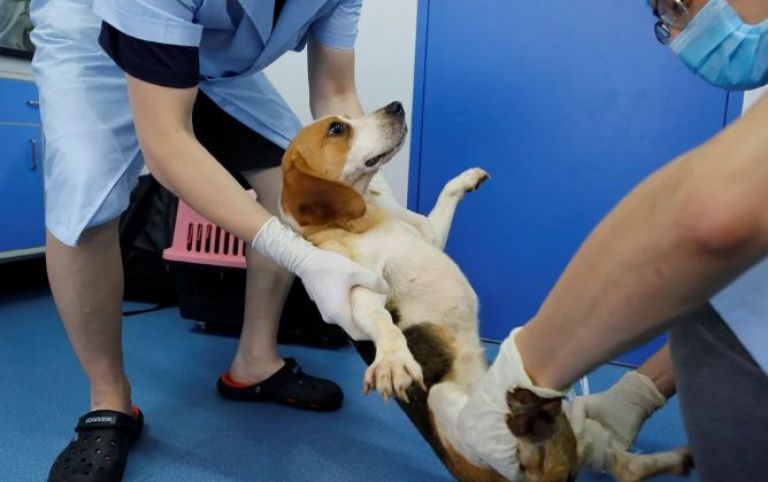 Horror: More than 30 “beagle” puppies will be sacrificed in a scientific experiment