Bitcoin is trading just below a key resistance level. This could indicate a new upside potential that would take it to another all-time high.

Katie stockton, from Fairlead Strategies, identified the $ 51,000 level as stiff resistance, after the epic almost 62% pullback of the past few months. On Friday, Bitcoin jumped 3% to trade around $ 50,800, just $ 200 below the key level.

If bitcoin breaks the $ 51,000 barrier, marked by two consecutive daily closes, then Stockton sees that the price of this cryptocurrency could touch $ 65,000. That represents a potential rise of 28% from current levels.

“Once the initial resistance clears, which we expect beyond the very near term, the target resistance would become the all-time high,” Stockton explained in a note. Bitcoin peaked at around $ 64,900 in mid-April. 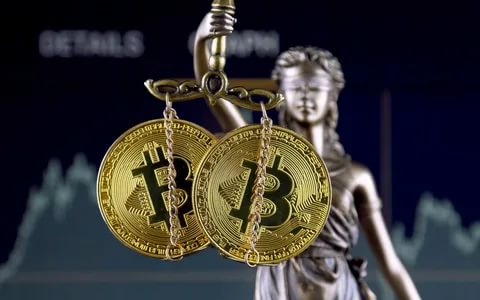 If bitcoin breaks the current barrier of $ 51,000, it would trigger an uptrend

The upward movement in bitcoin follows after the cryptocurrency ether reached its own key resistance level earlier this week and is now targeting its all-time high. While the momentum has been strong for ether, it is also starting to spread to bitcoin.

But if bitcoin is rejected below $ 51,000, it could plummet to $ 41,500, according to Stockton. This would represent a possible 18% disadvantage. That support level is just below bitcoin’s 50-day moving average. But Stockton doesn’t think that level is being tested.

“Further consolidation is likely as short-term momentum has weakened and there is room for short-term oversold territory. However, we do not believe that an initial test of support at the 50-day MA is imminent, ”Stockton concluded.