When it comes to Dragon ball, there are few people more in tune with the manga than Akira toriyama. The creator has overseen the story from day one, and continues to contribute to Dragon Ball Super in his own way. As the series nears its 40th anniversary, Shonen Jump wants to celebrate the manga in a big way, and it seems that the creator of bleach is going to intervene in the event.

Not long ago, it was announced that Dragon ball is launching its ‘Super Gallery Project’ in honor of its great anniversary. The event, which begins this month, will feature a different mangaka each month to redesign the covers of Toriyama’s manga. In total, there will be 42 covers, with the last one coming out around November 2024.

As you can see above, the first cover of this campaign has hit social media, and it’s pretty good. The art comes from Tite Kubo, the creator of Bleach and Burn the Witch. After looking at his options, Kubo chose to redesign the cover art for volume 27, and it fits the creator of Soul Reaper perfectly.

In the tweet, Kubo’s artwork can be seen on the left, while Toriyama’s original piece is on the other side. Goku appears here in his orange suit, as usual, but his features are narrower and his physique more compact. The same can be said for Piccolo in the rear, and of course Freeza is in the foreground, albeit covered in shadows. His iconic red eyes can be seen in the light, and Kubo drew Frieza with an even thinner frame than usual.

Obviously, we can imagine how excited the fans of Dragon ball with all this project, and Kubo has been an excellent choice to start it. Now, fans can look forward to 41 more coming to light, and while it is not clear who else will contribute at the moment, we look forward to what the future will bring. 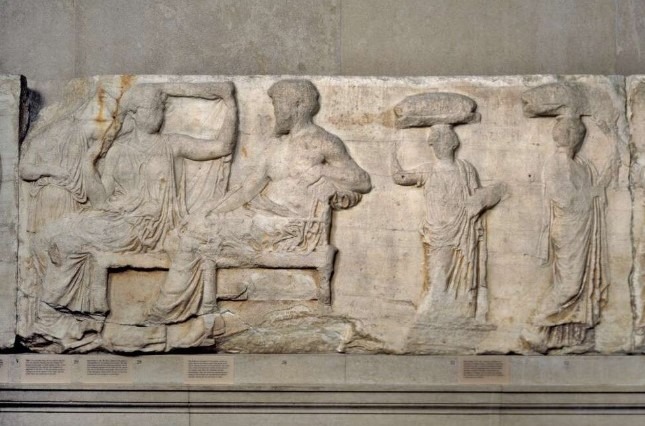 The marble sculptures of the Parthenon must be returned to Greece / They were sold 200 years ago to the British Crown, which has since exhibited them at the British Museum

Camila Cabello took to the streets to promote “Cinderella”