After weeks of speculation, we have official confirmation that Bryce Hall and Addison Rae have broken up. In fact, according to Bryce, they broke up a month ago. So the Sway House member has already turned the page? It seems so, with Logan Paul’s ex, Josie Canseco. Bryce recently discussed the rumors on the BFFs podcast with Dave Portnoy and Josh Richards.

“Josie and I are good friends,” he said, avoiding the question. “We hang out. We’re just vibrating. We’ve been to a couple of meetings.”

In fact, it is in these meetings that Bryce and Josie were seen very close. One person wrote on Instagram gossip account @Deuxmoi that the couple has been seen “making out in front of everyone at parties for the past month.” 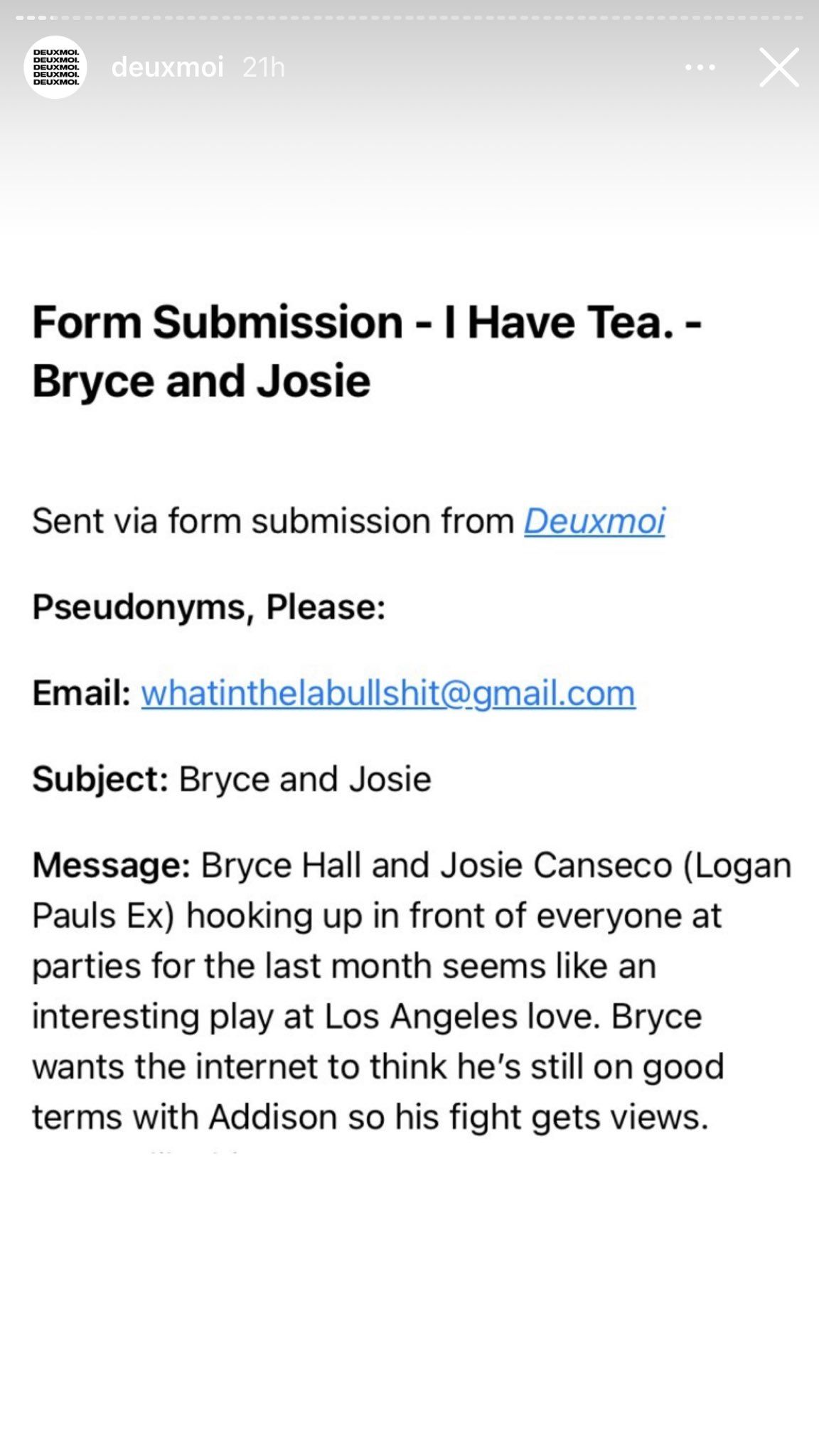 Despite this, Bryce did not fully admit that he had anything with Josie, although he did say that both he and Addison have hooked up with other people since their separation. Addison, for his part, has been seen with Logan Paul, Josie’s ex, fueling some rumors about the two.


As for the breakup, Bryce revealed that he was the one who ended things with Addison. “I was completely stressed out,” he said, explaining that he was involved in lawsuits surrounding the Las Vegas cheating allegations. “I had all of that in my head. On top of that, the relationship issues that entail.”

He went on to say, “I was not in the mindset of a relationship … We were going to discuss everything in private and then it became public.”

In fact, it was made public when Addison slipped up during a recent interview and called Bryce her ex-boyfriend. At that moment, the couple decided to confess to their breakup.

Still, Bryce said that he and Addison text almost every day, although he doesn’t see them getting back together right now as he’s too busy training for an upcoming boxing match. As for a reconciliation in the future? He definitely didn’t rule it out and it seems like it’s very possible.