The news came late due to the time difference. The six women of the Rohingya community, living as refugees in Bangladesh and who dared to tell that they had been raped by the military of their country while murdering their family, felt “relief and hope”. It is that they had just heard how thousands of kilometers away the Argentine Justice had resolved open a criminal case to investigate the crimes to which they and their community were subjected.

This was established this Friday by the Buenos Aires Federal Chamber, by revoking a resolution of the judge Maria Servini where it was understood that there was already an ongoing investigation by the International Criminal Court and that, furthermore, in this case there was no territorial-cultural bond, as was the case, for example, with the crimes of the Francoism committed in Spain.

“Archiving the proceedings, without a minimum deepening of the denounced events, could not be admitted ”, the judges said Mariano Llorens, Pablo Bertuzzi and Leopoldo Bruglia.

“Our country is authorized to continue with the investigation, even if the events occurred in Myanmar, by virtue of the receipt of the principle of universal jurisdiction that has been constitutionally consecrated ”.

The beginning of Jurisdiction Universal can be defined as A beginning that allows or requires a state to criminally prosecute certain crimes, regardless of the place where they were committed, and the nationality of the perpetrator or victims.

The Rohingya population is a predominantly Muslim ethnic minority in Myanmar, the former Burma, where the majority religion is Buddhism. Until recently, more than a million of these people lived mostly in Rakhine State, in the west of the country, near the border with Bangladesh. Since 1948, when the country became independent, that population has been victims of torture, neglect and repression. The United Nations has argued that this persecution constitutes a “ethnic cleansing” where thousands of people were killed and more than 740,000 fled the country to survive. Their latest exodus began on August 25, 2017, when violence broke out in Myanmar’s Rakhine state. International Amnesty and the United Nations have spoken out about this terrible problem.

The complaint reached the Argentine courts at the end of 2019. It had been presented by Maung Tun Khin, president of the Burmese Rohingya Organization UK (BROUK), who lives in London and was accompanied by six women who managed to escape to Bangladesh. They asked the Argentine Justice for help to investigate here, in Argentina, what happened to them because nobody had wanted to hear them, as revealed Infobae some days ago.

“On August 27, 2017, a group of soldiers entered the town where I lived. They took a group of women and took us to a school. Two men covered my eyes with a cloth. I was brutally raped – This young woman, who is 28 years old today, told a hearing before the Federal Chamber, via zoom. We were all raped. We could not escape. I tried to locate my husband, his brother, my father-in-law … We couldn’t find them. They had been murdered”.

A group of Rohingya refugees behind a fence in “no man’s land” between the Bangladesh-Burma border in Maungdaw district, Rakhine state, western Burma. (EFE / Nyein Chan Naing / File)

For the Federal Chamber, it cannot be “ignored” that “the crimes reported could be those contemplated in various international conventions, such as the Convention for the Prevention and Punishment of the Crime of Genocide and the Rome Statute, in which the crimes are punishable. crimes of genocide and crimes against humanity ”. The court disagreed with Judge Servini on an ongoing investigation at the International Criminal Court. It was highlighted that there it was resolved to analyze only what happened in Bangladesh to where the Rohingya community fled, but not about what happened in Myanmar, where crimes such as “forced disappearance, torture and sexual crimes ”.

But also, the Argentine Justice decided to put the opening of this investigation in terms of obligation. “By virtue of the nature of this type of crime, it is the obligation of all states, by imperative norms of international law, even if it is a preliminary investigation that accounts for harmful acts that violate, in terms of the Statute, ‘peace, security and the welfare of mankind. ‘

The ruling indicated that the activation of any mechanism in which the jurisdiction of the Court is enabled and that has interference with respect to states that are not parties, such as the one contemplated in art. 13.b of the Rome Statute ”, as is the case of Myanmar, was clarified. And he stressed that “the violation of the principle that makes double prosecution impossible cannot be proven, since in the investigation carried out by the Prosecutor’s Office, active subjects or specific events have not yet been identified.”

“The circumstances indicated by the judge of the degree regarding the difficulties that the investigation and judgment of events that occurred in a geographically distant country, with a different language and culture would entail, are not ignored. But, at the same time, the existence of collaboration devices for the collection of evidence, which, in principle, would facilitate the complex task cannot be overlooked, ”admitted the Federal Chamber.

Thus it was pondered that “the Independent Investigation Mechanism for Myanmar has expressly addressed the court of origin and has indicated that it was available to share relevant information, documentation and evidence” and was therefore highlighted in “assistance and cooperation” that “will be provided within a framework of confidentiality and security of the sources.”

From now on, in cause so much the six women who declared such as Maung Tun Khin will be able to act as plaintiffs on behalf of the Rohingya community. “The circumstances alluded to by Khin, including his exile in the ’90s and, above all, his quality as a member of the allegedly damaged group enables him to actively participate in the process. This, at the same time, is not limited to what is outlined, but also places it in that quality the fact of having been a direct relative of the victims of the situations whose investigation is intended ”, it was established. “It has been established that those associations that defend collective interests, are registered by law and in processes in which crimes against humanity or serious violations of human rights are investigated, may have the quality of plaintiffs as long as their statutes contemplate it.” .

Lawyer Tomás Ojea Quintana, who represents the plaintiffs, told Infobae: “The victims are very excited. It is a historic event for the Rohingya community to have a just response. We are talking about a community that has denounced that it was a victim of genocide and therefore the value of this decision ”. “What would justice be? That those who committed the crimes are held accountable and punished according to the law. Nothing more than that“He said from Tun Kin as soon as he was notified of the resolution.

Comodoro Py could investigate crimes against the Rohingya community in Myanmar: victims recounted the crimes they suffered
Rincón Bomba: the silence of Perón and the ethnic massacre in Formosa that was hidden for more than half a century
The montonero accused of informing and the decision of the guerrilla leaders to use a cyanide pill to “not fall alive” 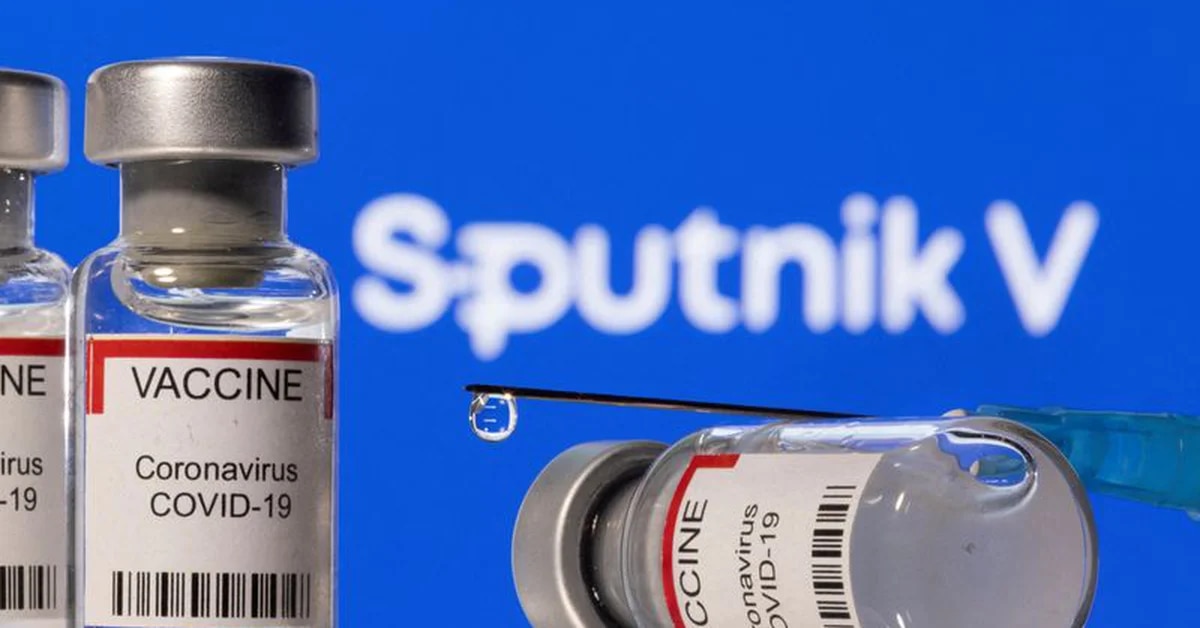 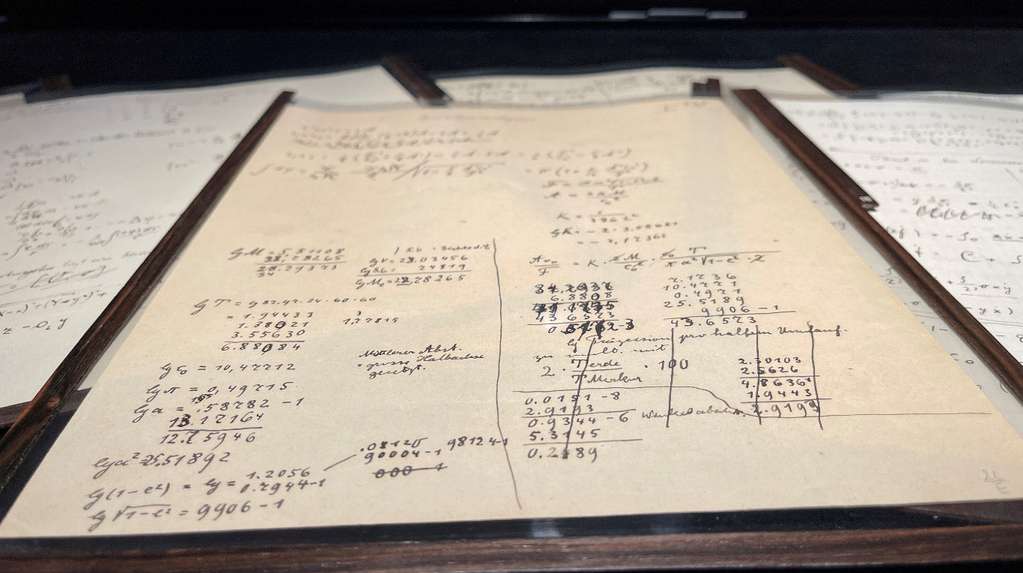 A manuscript of Einstein’s Theory of Relativity was auctioned for a record price of 11.6 million euros 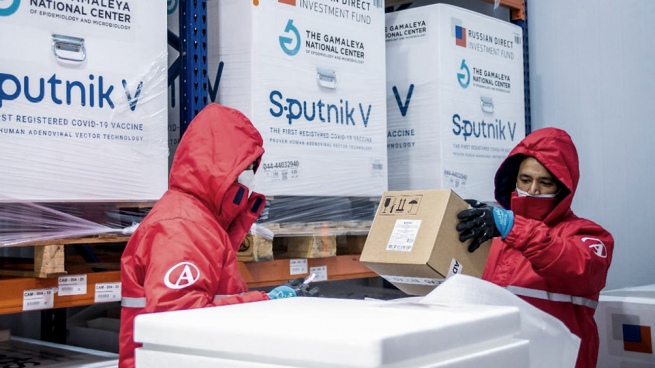 WHO could approve Sputnik V vaccine in early 2022