Café Tacvba, one of the few Mexican rock bands that has been involved in genres such as bolero, huapango, norteño banda, among others PHOTO: JUAN PABLO ZAMORA /CUARTOSCURO.COM

In the bosom of a growing city named Satellite, which began to be built in the mid-1950s by the architects José Luis Cuevas and Mario Pani in Naucalpan, State of Mexico, four young Mexicans began to create music between dreams of greatness.

Your first name, Alicia no longer lives here died with his first attempt at creating a band, until at the end of the 80s they gave themselves a second chance, now as Coffee Tacuba, and later on Cafe Tacvba.

The name, rare for some and taken out of context for others, He was rescued from a long-standing restaurant located in the historic Centro neighborhood of Mexico City, several kilometers from the home of Joselo Rangel, Emmanuel del Real, Rubén Albarrán and Quique Rangel.

But the meaning of the name of the Mexican band has a couple of readings in the national culture:

“We thought that this place represented very well what we wanted to do in music, since the recipes were Spanish with local, Indian ingredients; the architecture, the paintings, it was perfect, the miscegenation that we wanted to express ”, revealed the lead singer of the band in the documentary of National Geographic titled Bios. Lives that marked yours.

He was specifically referring to the multiple genres that passed and will pass through the band’s instruments. From rock, pop, ska and rap, even boleros, huapangos or norteño-banda and mambo.

Meme, keyboardist, completed for the newspaper The country: “Coffee is a word – and a seed – that the Spanish brought, and Tacuba was, for the Aztecs, the place where wickers grow.”

On Calle Tacuba, Centro Histórico neighborhood of the Cuauhtémoc delegation, Mexico City, there is a 17th century mansion at number 28, in pink tones, tall wooden doors and interiors with beautiful stained glass windows that draw roses and hearts.

It is about the famous and visited Café Tacuba, founded in 1912, 110 years ago, by don Dionisio Mollinedo or “Papa Nicho”, who had the concern of transmitting his love for Mexican gastronomy.

Presidents, thinkers, artists, writers, singers, politicians, etc. have passed through its doors; they even inspired rock n roll bands, movies were even recorded between their tables and chairs.

For example, in 1978 the tape was filmed there Sánchez’s children, directed by Hall Bartlett, but inspired by the novel of the same name, The Children Of Sanchezby Oscar Lewis. The Mexican Dolores del Río, Katy Jurado and the Mexican American Anthony Quinn starred.

On its walls impressive murals of national gastronomy stand out, and diverse art (paintings, crafts, etc.) of multiple historical figures that were collected over time, but the real magic is in your kitchen.

Mural by Carlos González painted in 1946 in Café Tacuba del Centro, where the story of the creation of chocolate is told (Photo: Facbook / Cafe de tacuba centro sa de cv)

Although the so-called Mandela effect could betray you, the name “Café Tacvba”, with the vowel exchanged for a consonant, appears like this from his first self-titled album, launched on the market in 1996.

It is said that this change was for avoid a legal confrontation Throughout his career, which, at least publicly, has never been between the two projects.

The name of the aforementioned property is registered with the Mexican Institute of Industrial Property (IMPI) until 2031 and belongs to CAFÉ DE TACUBA CENTRO, SA DE CV for restaurant services, according to the Marcia website of the Mexican government.

On the other hand, the trademark registration Café Tacuba in the name of Isaac Rubén Albarrán Ortega its description is the production of shows, live shows and live performances, musical composition, arranging and conducting concerts, cultural activities.

There has never been a record of a legal battle over the name of the band PHOTO: DIEGO SIMÓN SÁNCHEZ /CUARTOSCURO.COM

Finally, Café Tacvba has four different brand registrations with IMPI, all in the name of Isaac Rubén Albarrán Ortega, the first as musicians, the second for the recording and reproduction of videos, the third for the creation of merchandise, and the last as protection for your brand in the audiovisual and internet world.

A dinner that never came and an eternal “best seller”: the story of José Emilio Pacheco and “Las Batallas” by Café Tacvba
From the Doors to Lennon: 10 songs that reflect on confinement and loneliness
Café Tacvba suffered a violent assault on the way to Cancun: two staff members were kidnapped 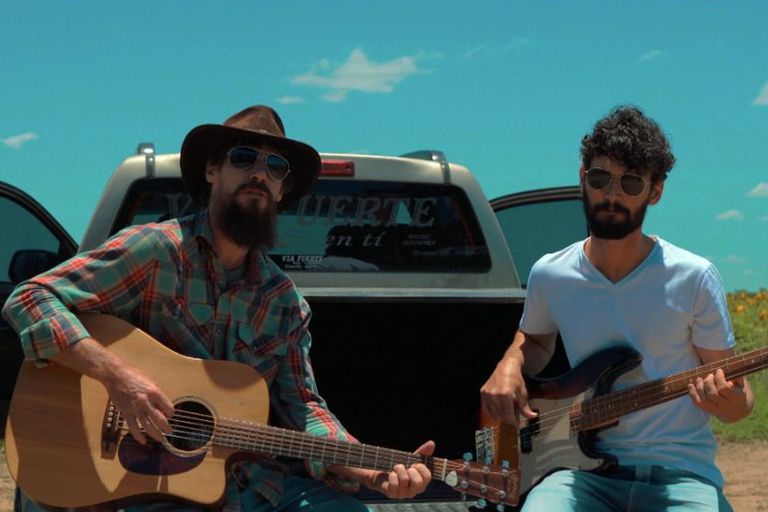 Fernando Samalea, Charly García’s drummer who played with all the local rock stars and portrayed them forever