It was in 1994 when the region Lujan de Cuyo in the Mendoza province achieved the unthinkable: the Appellation of Origin of Argentine Malbec.

A distinction that few wines in the world can boast. Several years later, this grape has earned a unique positioning for their prestige, so much so, that it has achieved the fourth place of consumption in Mexico. But, why we love the Malbec?

Where does it come from?

The Argentine Malbec is produced primarily in Mendoza, which has 1200 wineries in three areas of production with very good reputation: Lujan de Cuyo, Valle DeUco and San Rafael, almost on the border with Patagonia. The first vines of Malbec planted in 1863 and since then, they have taken ownership of the Malbec, as much as the tango, Maradona…

What sets it apart?

“The Argentine Malbec distinguishes the harmony. No matter the style of wine that is: rosé, blend, or reserve, their congruence is attached to the palate and easy drinking, these are wines that keep the mouth alive and allow you to talk without leaving the mouth dry. The best thing is the price-quality relationship you get with them,” says Ariel Morales, Wineman Consulting to Wines of Argentina in Mexico, who has chosen the best of the season for both SIDES.

CHOSEN BY THE SOMMELIER:

Elsa Bianchi It was the first enter the cap threads instead of the cork, first by the tight seal that you get a micro-oxygenation minimal, and second, for sustainability, because the cork is extracted from trees. They are wines that are sweet and soft, with a slight acidity ideal given by the microclimate of the border between San Rafael and Patagonia, to accompany dishes without a lot of texture or spice. 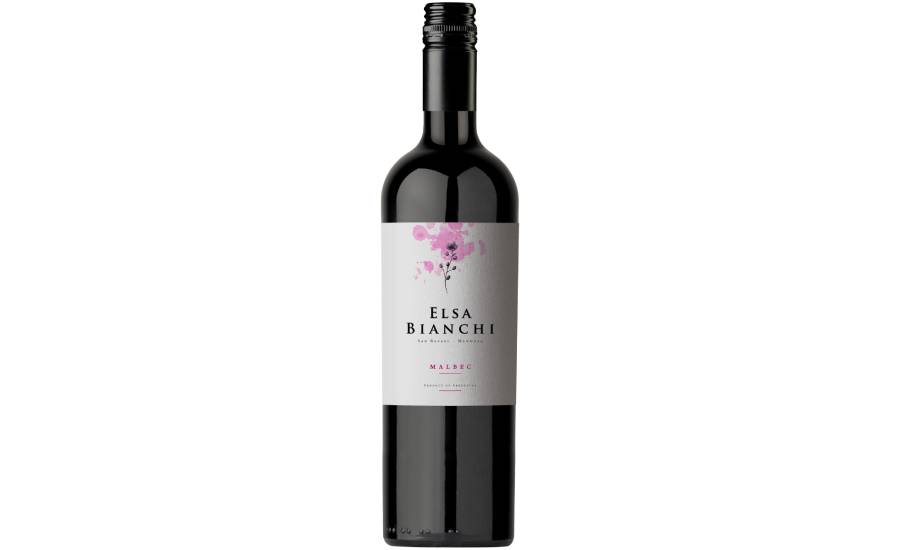 Rutini Trumpeter Rosé of Malbec: It is not a pink sweet as the White Zinfandel american, but a rosé with acidity that only lacks the tannins of a red wine because it has all the character. Your part fruit is a steep start, but as you sip out the shades of white flowers and the sweetness peach in syrup, but with a final pleasantly bitter, typical of the Malbec in the Uco Valley.

Food pairing ideal: With cheese medium to strong and fondues, serrano ham and pantomate, because the acidity balances; it is also excellent to enjoy it solo. 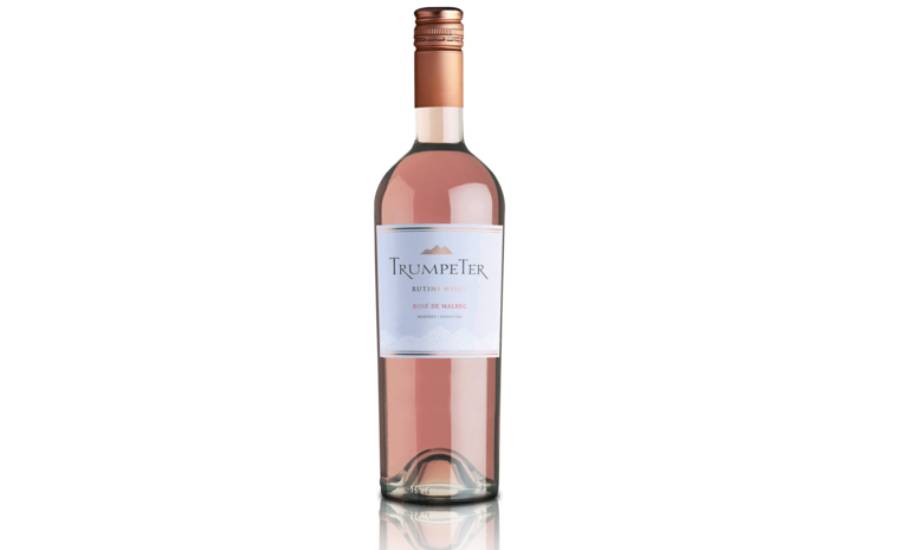 Luigi Bosca D. O. C. Is one of the oldest wineries in Argentina, and driving by to get the D. O. in Lujan de Cuyo, where the homes are located wine-growing older. This house has a great quality control as your soil is more than thousand meters of height, on the hill of The Query. Their wines are smooth with an evolution of the barrel not tired. You will find notes, herbal and clove, with a hint of astringency-moderate. 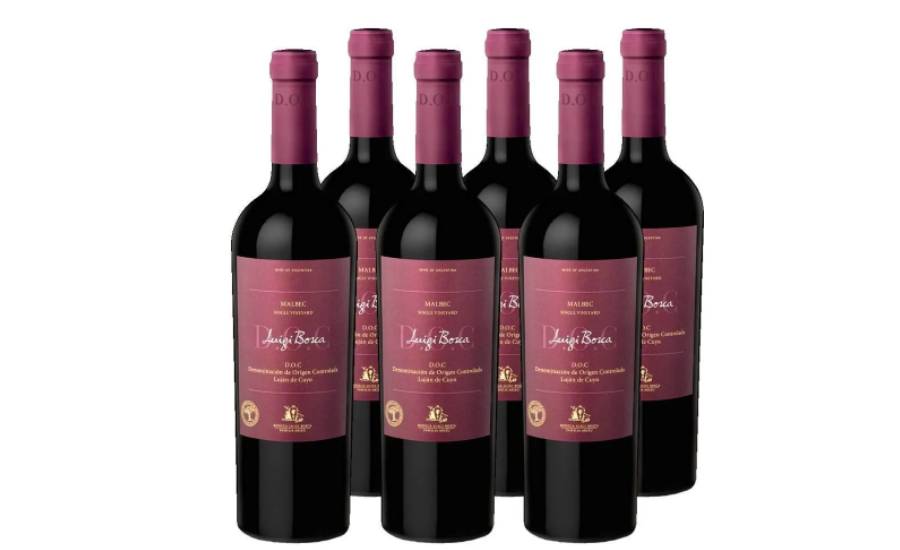 Santa Julia Reserve. It belongs to bodegas Zuccardi, one of the four families of highest winemaking heritage of the country, is the online kind, of the micro-region Beltrán of This. It is booking more than six months of the barrels, which brings notes powerful very fruit and aromas terciaros like white chocolate, something not very common. It is complex, with an affinity of mouth interesting. This wine is served on board the airline Qatar Airways, normally. 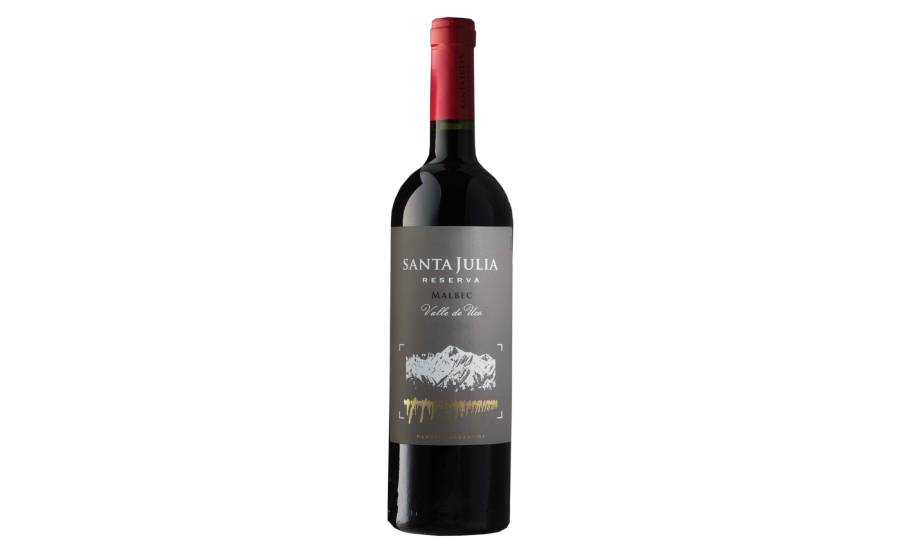 Zuccardi Series A. We talk about a wine stellar argentine very well sold in Mexico. It is very potent in flavor, with a very good time in the barrel, that goes from intense dried fruit up to the ripe red and black fruits such as blackberry; it is not spicy nor woodsy or with a note of leather, as they tend to be the traditional standby, although it does give us a final note to the barrel achocolatada. 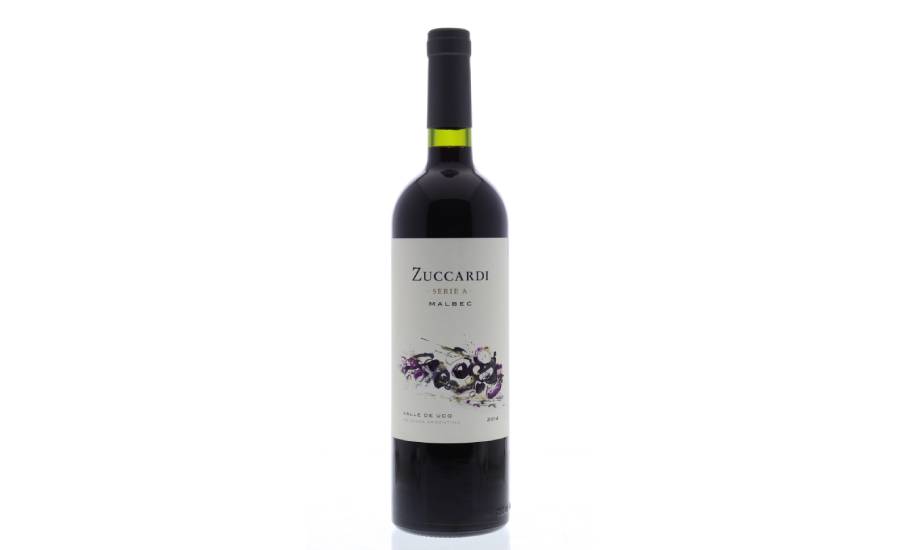 Salentein Reserve: Is a great wine with six months in barrel and a lot of stability to the palate. On the nose it has hints of dry almonds and walnuts that adds creaminess oriented to stay long in the cup. Notes tertiary are candied as the plum jam and compote of fruit. It’s a generous wine of the micro-zone of Tupungato. The label Premium is Primus that was served at the wedding of Maximum Zorreguieta, current queen of the Netherlands, with the prince William d’orange. 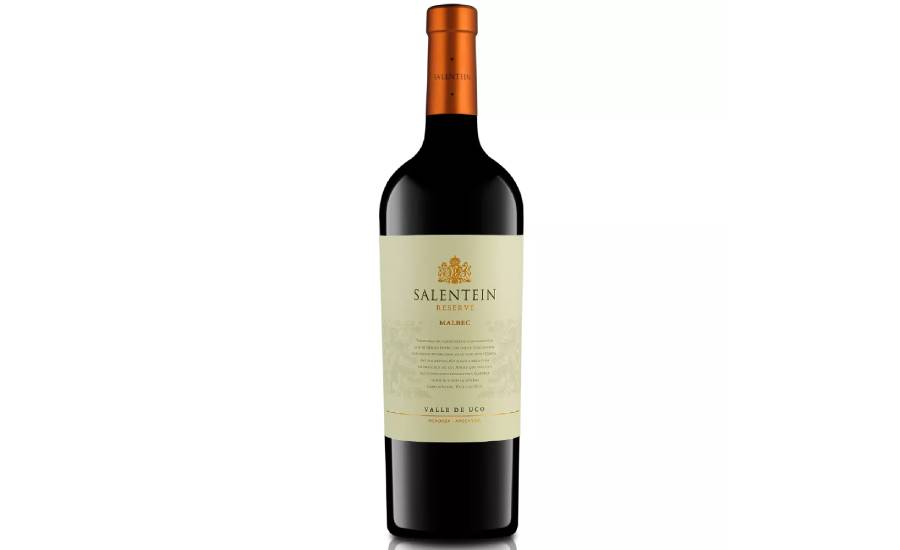 Kaiken Ultra The name is due to a bird flying for the whole mountain range extended between Argentina and Chile, since that is property of the respected winemaker of chilean Aurelio Montes; the micro areas that gained between Lujan de Cuyo and Valle de Uco are located to one thousand 400 meters of height, where it is said, is the Malbec of Gold. Its color is dark, with long legs and “paint” the glass. It is a book with eight months in the cask and large aromatic power of thyme, eucalyptus, red fruits and tamarind cooked as a side note prevails. 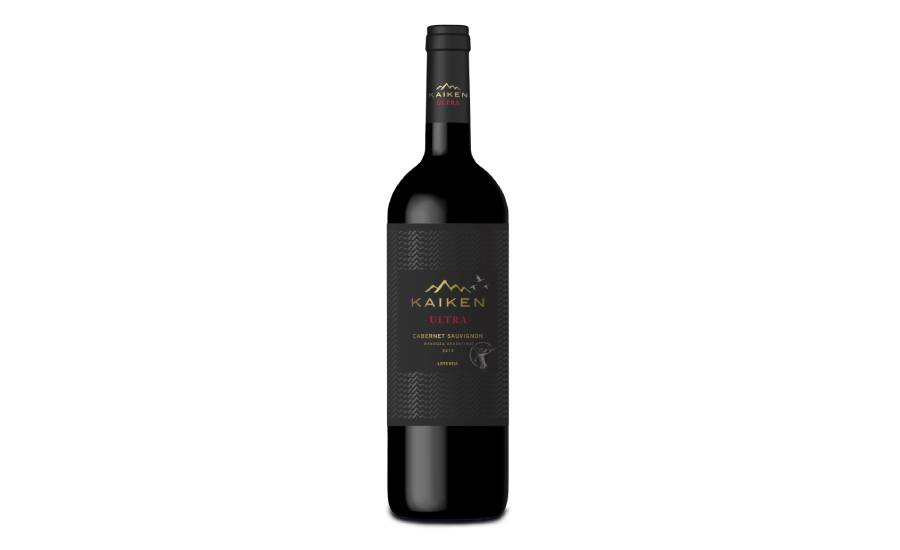 Trapiche Medalla Malbec. It is perhaps the best-known wine of Argentina, who has just won as the winery most admired in the world according to the british magazine Drinks International. Owned by the largest producer of wines in the country, Grupo Peñaflor, boasts a lot of history, is located to the east of Mendoza. His notes are intense: from forest fruits such as plums to raisins, vanilla and coconut, with a final touch toasted by her upbringing in six months in the barrel. Balanced acidity, with tannins that are notable. 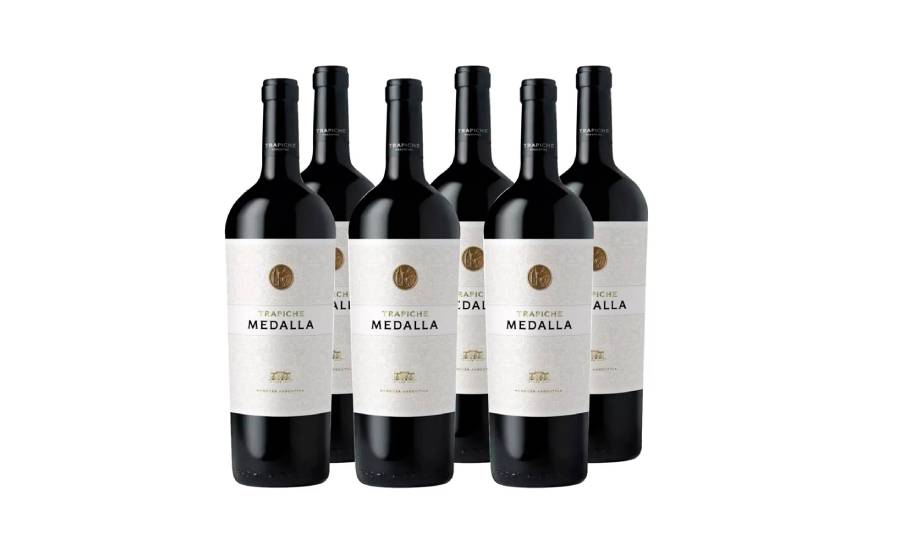 Felipe Staiti Its name is in honor of one of the musicians of the band Dwarfs Green, who is a lover of wines. The winemaker of the winery is the famous Marcelo Peretti, who makes a rock festival and wine is in Valley Tunuyán within the Uco Valley; the micro-region of this wine is Vistaflores, which by its qualities gives crops vigorous to produce Premium wines. The tags available in Mexico are Dizziness and Euphoria. 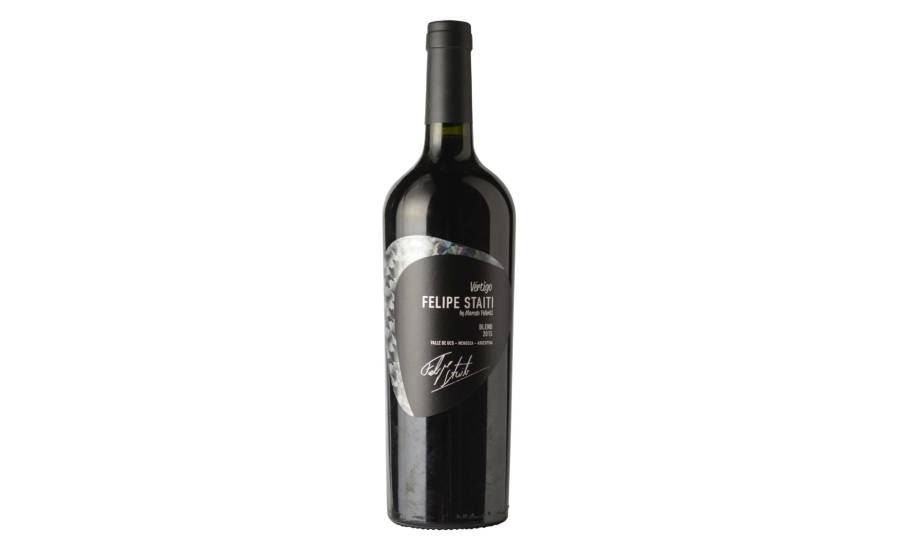 Angelica Zapata Malbec Of the Catena Zapata winery, one of the most stale and winners of Argentina, his harvest obtained from vineyards planted to hand-to-foot of the hill Adrianna, 1,200 metres in Tupungato. Its color is dark purple, his body is notorious, and his notes do not desmerecen to the hanger: currants, jams red and black fruits; pepper and clove, and a final smoked courtesy of the ageing of 18 months in French oak barrels. Exclusive of The Palace of Iron and Wine.

You may be interested in: 5 cocktails you can make at home

Restaurants with home delivery during the quarantine

In a Sexy High-Cut White Swimsuit, Jennifer Lopez Takes a Selfie From Her Bedroom

In a Black Micro Bikini, Georgina Rodríguez Poses for a Magazine