Usually very happy and positive, Chloe Jouannet is now more than fed up. Faced with the health crisis and social restrictions, the young woman begins to really feel sadness.

This January 18 is officially “Sad Monday”. And apparently, for Chloe Jouannet, it is aptly named. If Monday is not usually the happiest day of the week, this “Blue Monday” really seems to be the last straw. To put the context back, the British group New Order released several years ago the tube, which has become timeless, Blue Monday. Since then, and after much research by a Welsh psychologist, the third Monday in January is considered the most depressing day of the year and named after this British title.

Indeed, if in other years the month of January is synonymous with cold, lack of sun, or even post-holiday months, this year, it also falls in the midst of a health crisis and especially at the beginning of long weeks. curfew at 6 p.m. including the closure of shops, theaters or cinemas, museums, bars, and restaurants, and many others… nothing to give a positive meaning to this bad day. A difficult situation that Chloe Jouannet has more and more difficulty in living. Indeed, the young woman evokes an impression of ”  endless day  ” for several months which begins to really weigh on her morale.

It is in her Instagram story that Alexandra Lamy’s daughter spoke on the subject. Through a photo of her looking saddened and above all very jaded, the latter wrote ”  Entering Depression Phase 1.  ” or “beginning of a phase of depression”, accompanied below by a chain of calls to relief, ”  Happy Monday.” Happy every day is the same. Fuck Covid (Shit the Covid). Fuck Being Bored. (Tired of boredom)“. A sadness accompanied by anger, therefore, that Chloe Jouannet could not help but share with her subscribers, who are certainly in the same situation as her. It must be said that officials in a relationship with actor Sandor Funtek, the 23-year-old actress would certainly like to benefit a little more from her relationship and her youth. Unfortunately, the rules are the same for everyone … 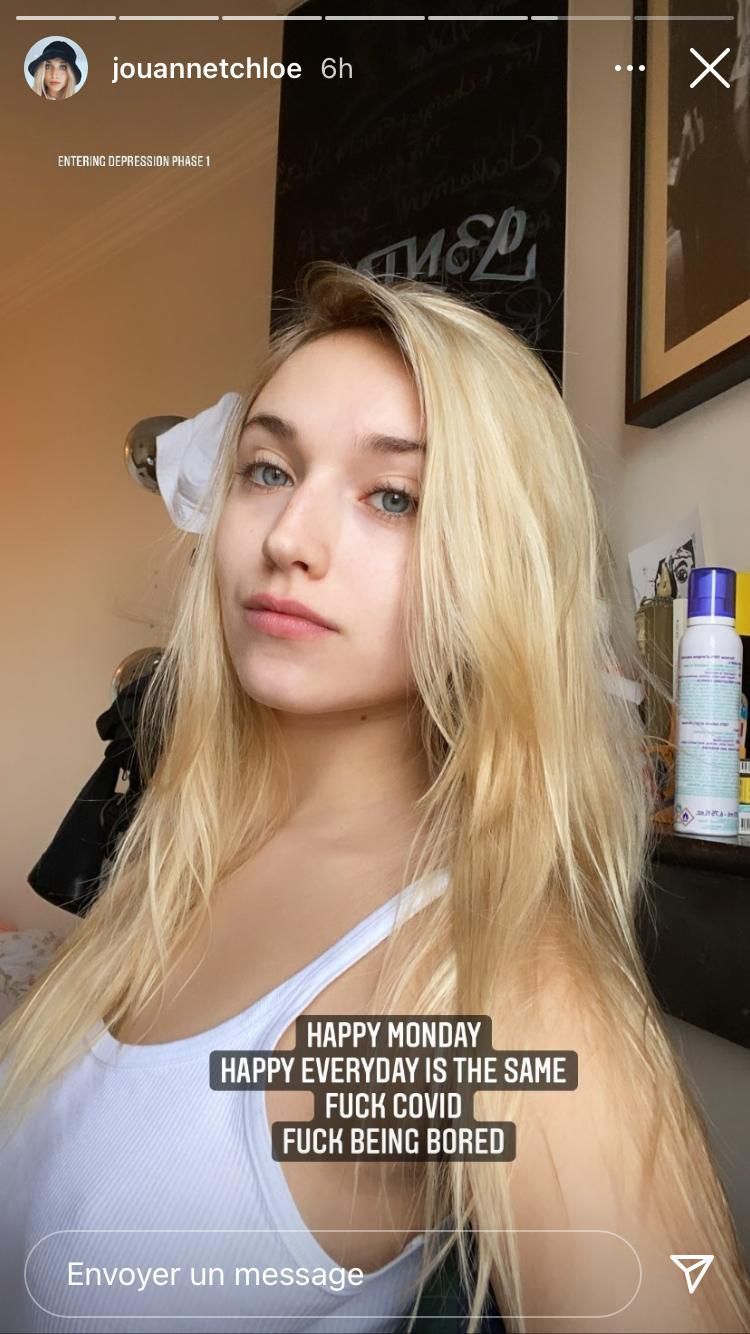 We hope that the situation will improve quickly and that Chloe Jouannet will start posting videos and photos of her hectic life very quickly.