The government of Alberto Fernández adhered this Tuesday to a global commitment to curb and reverse the deforestation and reduce methane emissions by 30% by 2030, on the third day of the Conference of the Parties to the United Nations Framework Convention on Climate Change (COP26) underway in Glasgow.

But the deal, they told TN Argentine environmentalists, set a very distant horizon in time for its effective fulfillment and now there is a serious risk of accelerating the process of destruction of the country’s native forests. Therefore, they agreed, there must be “zero deforestation now”.

Read also: COP26: the demands and expectations of young people who seek to be protagonists of the solution to the climate crisis

Hernan Giardini, coordinator of the Greenpeace Argentina Forests campaign, said that “2030 seems distant and also the agreement is legally not binding. Deforestation is likely to skyrocket much more, ”he warned. “In 2014 a similar agreement had been signed and deforestation did not decrease,” he said.

And he added: “Argentina announced the fight against illegal deforestation with the idea of ​​penalizing clearing, but they have already announced it a couple of times and the Government does not send the project to Congress. Hopefully this means that he sends the bill on forest crimes. “

According to Giardini, “half of the clearings for soybeans and livestock are illegal”. “The current Forest Law has many areas in which ‘clearing’ is allowed. Those zones can be millions of legally deforested areas. The term of 2030 is a very long term that can trigger deforestation in the Amazon, in the Gran Chaco and in Paraguay. A date is set, but it is very far away ”, he indicated.

Read also: Native forests: the 2022 Budget would allocate only 3% of what is provided by law for their protection

The environmentalist recalled that “in 2007 in Argentina the Forest law”And explained that only that year, when the regulations were being discussed, deforestation in the country tripled. “This announcement from COP26 can generate a similar effect and further trigger deforestation,” he warned.

At that point, Gardini said that now “they are going to hasten legal and illegal clearing. They are going to ask for clearing permits where they weren’t in a hurry. And illegal logging, as long as we do not have a forestry crime law, will continue and those responsible will pay very low fines or will prosecute the penalties when they are very high ”.

“Argentina should penalize yes or yes what is illegal and agree with the provinces how we make a zero deforestation plan in the short term, ”he stated.

In Argentina an average of 200 thousand hectares of native forests are lost per year against the 300 thousand that were destroyed before the 2007 Forest Law. However, in 2020 the forest fires in Córdoba, Jujuy and Entre Ríos aggravated the crisis and the figure grew to 350 thousand hectares.

Read also. Greta Thunberg, with a parallel agenda at COP26: the environmental activist will participate in protests against climate change

“In the last 30 years, Argentina lost 8 million hectares of forests. It is a territory the size of Entre Ríos or Scotland. And 80% of that figure occurred in Chaco, Santiago del Estero, Salta and Formosa. But there is also deforestation in Córdoba and Patagonia ”, he pointed out.

Argentina lost 8 million hectares of forests. It is a territory the size of Entre Ríos

The deforestation agreement signed at COP26 is non-binding

For the environmental lawyer Enrique Viale, this agreement Being non-binding, it does not represent a frontal commitment against deforestation. “He signed it to the Brazil of Jair Bolsonaro, who is with agribusiness and the destruction of the Amazon. The year 2030 is insufficient and late. We have been asking for zero deforestation now”, He indicated.

“The deadline set at COP26 in Glasgow opens the deadline to accelerate the deforestation process,” he warned. Viale said that “this is not only a criticism of Argentina, but of the entire world scaffolding. These agreements are by no means conclusive or ambitious. Leaving that 8 year old window open is insane”, He indicated.

The role of methane gas in Argentina’s emissions

Another of the commitments signed by Argentina reinforces the initiative to reduce methane emissions by 30%. In that sense, Viale said that “it is one of the greenhouse gases with the greatest power. Where there is more methane gas is in the cattle ranch and in Vaca Muerta, so anything that does not close on our production processes is a dead letter”, He clarified. And he affirmed: “We must discuss bad development models” to reformulate the productive matrix.

While, Enrique Maurtua Konstantinidis, an expert on climate change from the Environment and Natural Resources Foundation (FARN), told TN that the agreement reached at COP26 only applies to methane emissions linked to the energy sector.

“This is very important to say because it does not imply commitments to livestock and agriculture,” he explained.

In this sense, he explained that “the issue of methane emissions is considered as fugitive emissions” and specified that “in the process of oil exploitation there are emissions that seep from the pipe and methane wells. That represents 1% of the country’s emissions. So what this commitment encompasses is gas from oil production “, he deepened.

For the expert, “if Argentina is planning to exponentially increase its oil production with Vaca Muerta, these emissions are planning to increase. That is why it is essential to reduce them ”.

“The complexity of this is that it seeks to reduce methane emissions, but it wants to expand Vaca Muerta. And emissions then are going to increase when in reality the Vaca Muerta project should not materialize”And deepen alternative strategies such as Green Hydrogen, he concluded.

Italy reported the highest number of coronavirus infections since August 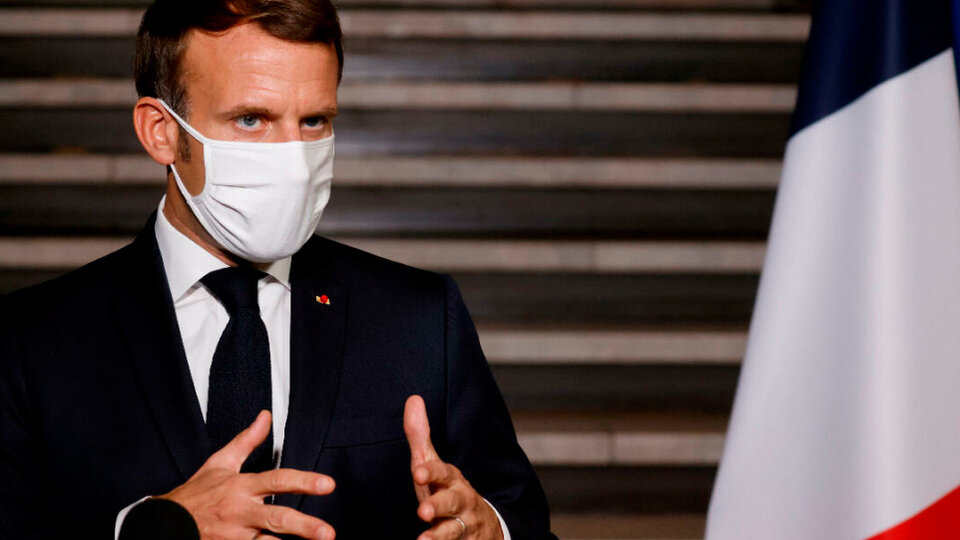 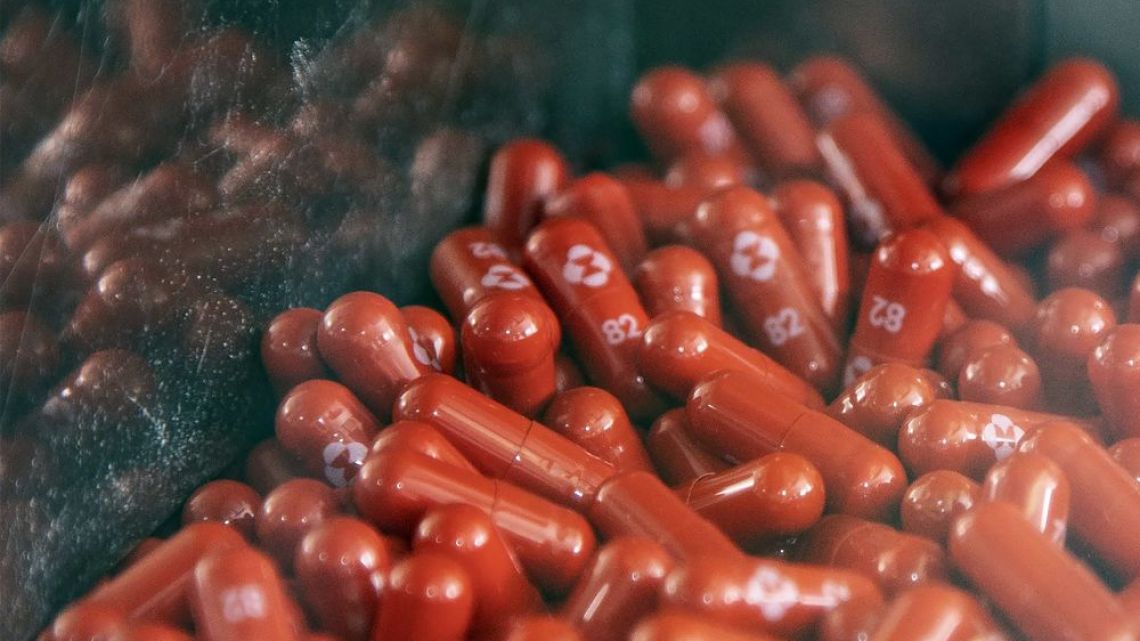 What is known about Monulpiravir, the drug that could prevent deaths from Covid-19 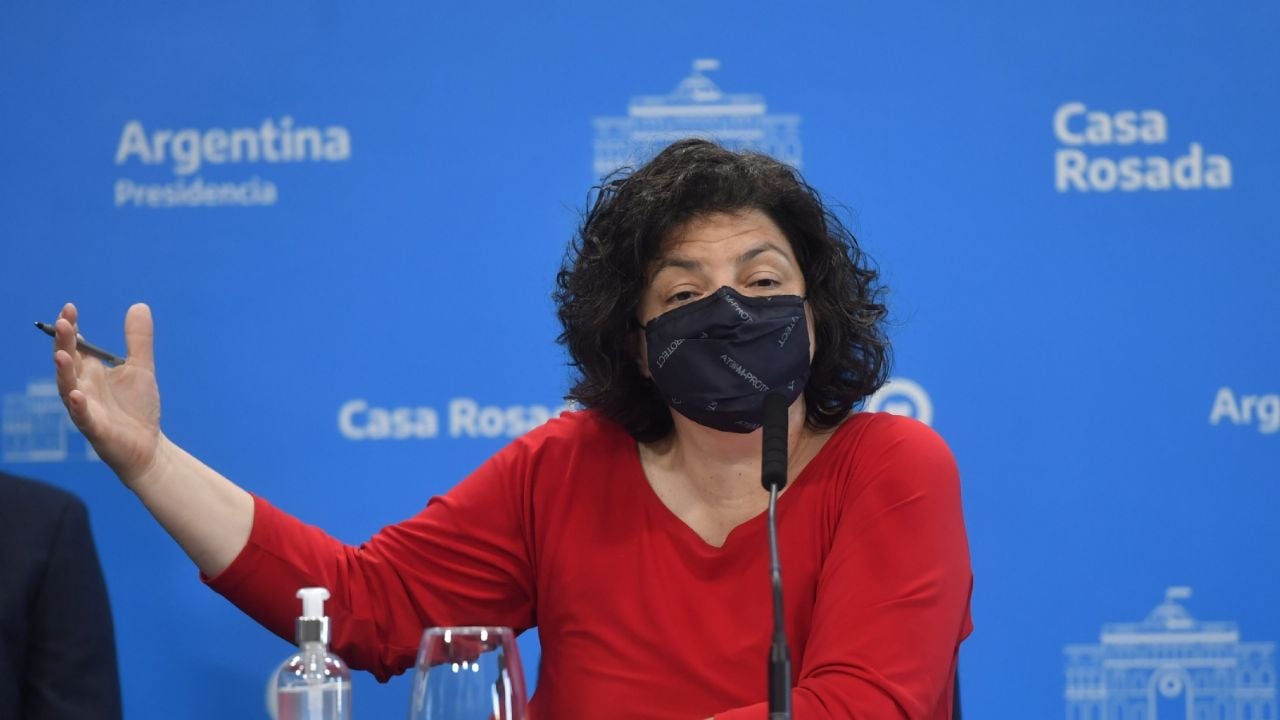