The Secretariat of Health reported that the reported the death of 31 people in the last 24 hours by coronavirus, so that the number of deaths increased to 125, while the cases add up to 2 thousand 439, in accordance with the cut made at 13:00 hours.

According to the data of the dependence, in the last 24 hours were totaled 296 cases, which were detected primarily in the State of Mexico, Mexico City, and Quintana Roowith 57, 49 and 29 infections new respectively. 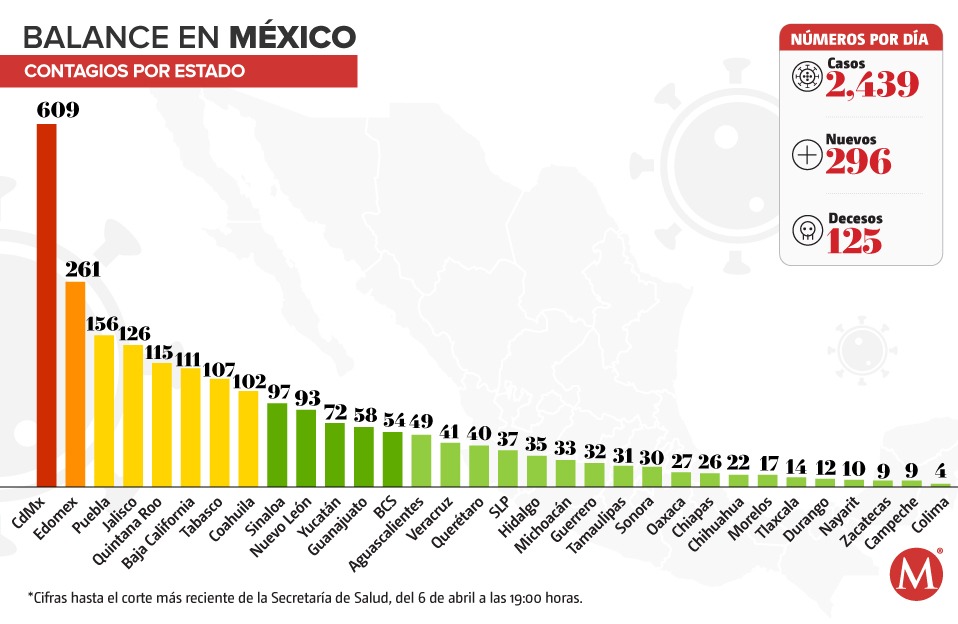 Cases of coronavirus by state

Mexico City is the entity with more cases of coronavirus in the country and accounts for almost 25 percent of cases at the national level; followed by the State of Mexico, which along with the capital of the country, are the only entities that have exceeded the 200 people infected.

In the meantime, six entities already exceeded the 100 cases of coronavirus confirmed; while the remainder reported between one and 99 contagions.

In the meantime, Colima is the entity that is maintained with less cases of coronaviruses, with four, of which two were already discharged.

Deaths in Mexico by coronaviruses by state

Mexico City is also the entity with more deaths from coronavirus, and is home to 29.2 percent of the deaths; followed by Sinaloa, which in seven days he reported the death of 12 people.

In the meantime, only seven states have not reported the death of a person by coronaviruses and in contrast, 22 entities have been informed of the death of more than one person. 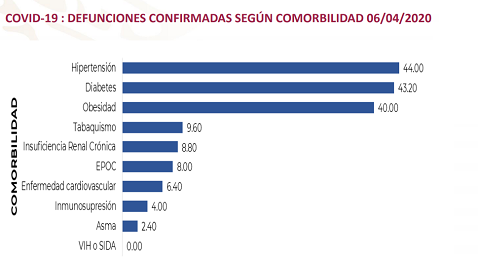 On deaths, the ministry of Health reported that three people who died had no history of any chronic illness, although he explained that the disease could be discovered any comorbidity.

“Three people did not have a comorbidity, three people who are in the group of 25 to 29, did not have any disease detected or expressed at the time that it was made the epidemiological study”, explained in a press conference José Luis Alomía, director of Epidemiology.

The rest of the people that have died, the majority were between 55 and 59 years; or more than 60; and had any illness that worsened his state of health. 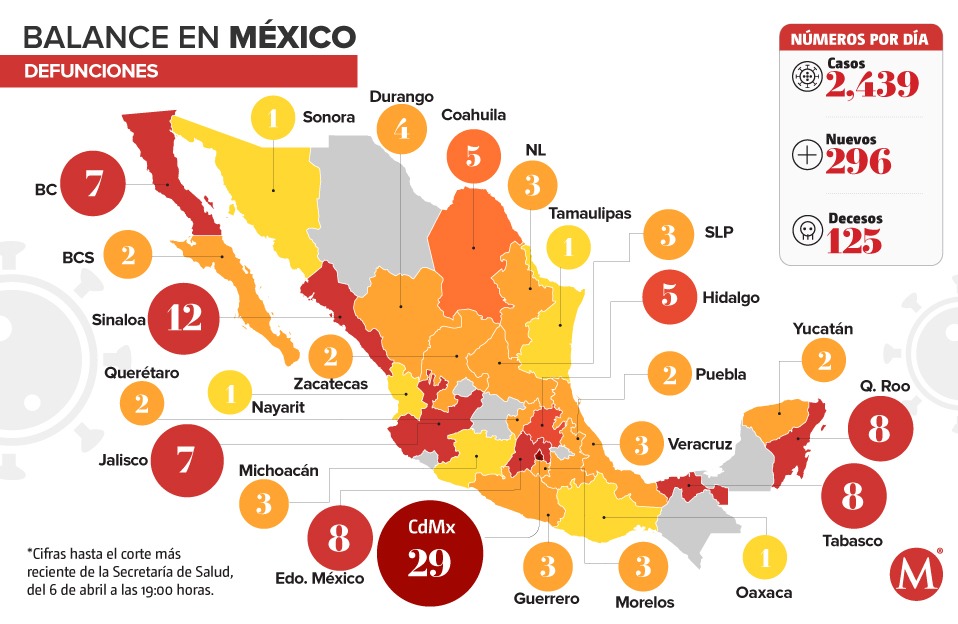