A California appeals court on Friday, July 23, disqualified a private judge in charge of the divorce of Angelina Jolie and Brad Pitt, which gave Jolie a major win in the case.

The Second District Court of Appeals agreed with Jolie that the judge John W. Ouderkirk he did not disclose enough of his business dealings with Pitt’s lawyers.

“Judge Ouderkirk’s ethical misconduct, considered in conjunction with the information revealed regarding his recent professional relationships with Pitt’s counsels, could lead to an objective person, aware of all the facts, having a reasonable doubt about the judge’s ability to be impartial. A disqualification is required,” the court ruled.

The decision means that the fight for guardianship of the couple’s five minor children, which was coming to an end, it could start over.

The judge has already ordered the couple’s divorce, but handled the guardianship of the children separately.

Like many famous couples, Pitt and Jolie decided to hire their own judge to have greater privacy in the divorce process.

Ouderkirk declined to disqualify himself when Jolie requested it in August. A judge in a lower court ruled that Jolie’s disqualification application had been filed too late. After this, Jolie’s lawyers appealed.

Arguments filed July 9 before the appeals court focused on what ethical rules should apply to private judges who, like Ouderkirk, are typically retired high court judges.

“If you’re going to take on the role of a paid private judge you have to abide by the rules and the rules are very clear, they require full transparency,” Jolie’s attorney Robert Olson said. “Matters that should have been disclosed were not disclosed.”

The panel questioned whether such an agreement should be allowed from the outset in California, but its ruling applies only to Ouderkirk.

Jolie and Pitt’s attorneys had no comment at this time on the ruling.

Jolie, 46, and Pitt, 57, were one of Hollywood’s most prominent couples for 12 years. They were married for two years when Jolie filed for divorce in 2016. Their divorce was formalized in April 2019, after her lawyers asked for a ruling allowing married people to be declared unmarried while other matters, including financial and child custody issues, continued to be resolved.

In May Jolie and her lawyers they criticized Ouderkirk for not allowing the couple’s children to testify at the hearings.

The actress also said the judge had “not properly considered, a section of California’s court code that states that the welfare of minors is affected if guardianship is granted to a person with a history of domestic violence. Documents filed by Jolie gave no details about what she was referring to, but her attorneys filed a confidential document in March that allegedly includes more information.

The ruling does not indicate whether the minors will be able to testify in the case. 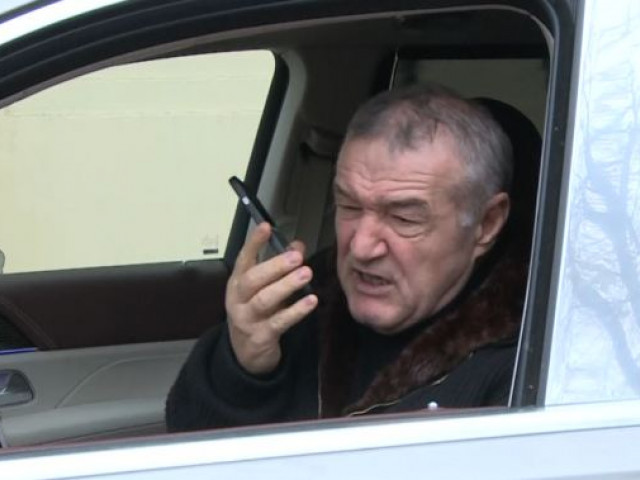 Exclusive Video | One of FCSB’s Gigi Becali favorites should work on: “He’s smart, he can grow.”

There was a time when I denied it. But Brad Pitt got his name and Tom Cruise too… »Glamorama

Shakira imposes trends in her 40s

The remake of Mr. and Mrs. Smith runs out of relief for Angelina Jolie