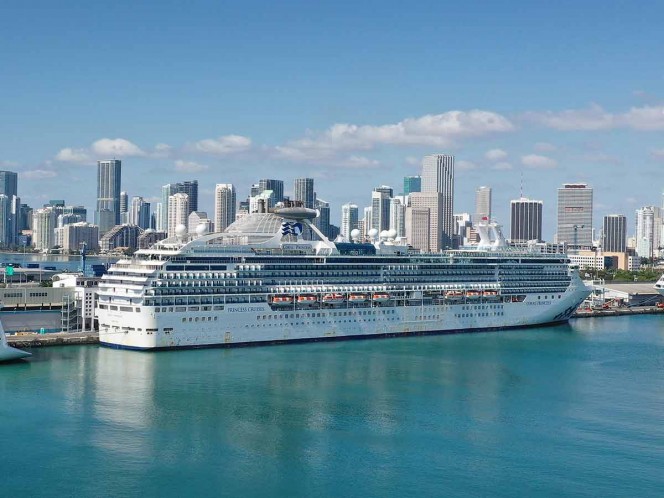 The ‘Coral Princess’ she sailed on 5 march from Santiago, Chile, for a trip in south america was going to end in Buenos Aires on march 19.

The cruise ‘Coral Princess’with two dead and several sick of coronavirus aboard, docked today in Miamiafter having been rejected in several ports in Latin america in a odyssey that started a month in Chile.

We am deeply saddened to report that two passengers died in the ‘Coral Princess’,” said Princess Cruises, the company that operates the boat, without detailing the causes of death.

Our hearts are with their families, friends and all those affected by this loss,” added the company in a press release.

Princess Cruises had announced earlier this week the confirmation of 12 cases of coronavirus in the boat.

The cruise, with a thousand of the 20 passengers and 878 crew members, arrived in Miami after failed efforts to dock in another port, 50 km to the north, in Fort Lauderdale.

The landing of the passengers of the ‘Coral Princess’ will take several days due to the shortage of flights and that priority will be given to passengers who need medical care.

On Thursday, had arrived in Fort Lauderdale two cruise line Holland America -the ‘Zaandam’ and the ‘Rotterdam’-, with four deaths and dozens of sick people on board.

Landings to put an end to an intense controversy that eventually involved the president, Donald Trump, because the local authorities had initially refused the moorings.

Part of the passengers of the ‘Zaandam’ and the ship that helped him landed on Saturday between strong sanitary measures, while the sick remained on board, as well as the crew.

The ‘Coral Princess’ she sailed on 5 march from Santiago, Chile, for a trip in south america was going to end in Buenos Aires on march 19. But the argentinean port denied entry due to the closure of borders, as also happened in Uruguay and Brazil.

After registering an unusually high number of people with flu symptoms, in the midst of the pandemic, all passengers remain confined since Tuesday in their cabins.

Lines Princess Cruises and Holland America are subsidiaries of the corporation Carnival.