Bad Bunny dominated the Billboards Latin Music Awards gala this Thursday by winning ten awards in an emotional ceremony in which Juan Gabriel and Johnny Ventura were honored and the careers of Daddy Yankee, Paquita la del Barrio and Manna. The gala started with the interpretation of the Cuban artist Camila Cabello crying out “homeland and life.”

“For the people who suffer but are no longer silent. For my beautiful people and my Cuban land. My people ask for freedom, no more doctrines. That we no longer shout homeland or death, but homeland and life,” started Cabello, who performed her song Don’t go yet, the first single from her upcoming album, which will be dedicated to celebrating her Latino heritage and family.

“For my people who suffer but are no longer silent. For my beautiful people and my Cuban land. My people ask for freedom … “🇨🇺 pic.twitter.com/9WA5cfKAsv

Bad Bunny was the big winner of the night by taking 10 of the 22 awards to which he aspired, including artist of the year, song of the year, for Dakiti, and album of the year for his album YHLQMDLG.

“Thank you all for always supporting my music. I dedicate this award to all those who make music out there, who have not had the same exposure or are not recognized. I was like that too and here I am now. Thank you for continuing to make good music “said the Puerto Rican artist when he received the award for album of the year.

However, neither the awards nor his outfit changes, or that he appeared for the first time at an event with his girlfriend, Gabriela Berlingera, were the most talked about of Bad Bunny on the Latin Billboard.

At one point during the gala, the Puerto Rican artist rose from his chair to adjust the microphone height of the legendary Paquita la del Barrio.

“Thank you, useless,” replied the so-called Guerrilla of the bolero to the Bad Rabbit, as a way of gratitude, causing laughter from those attending a gala in which the Mexican was recognized with the lifetime achievement award.

The list of the most awarded of the night also includes Jhay Cortés, who won three Latin Billboards, for Dakiti, his song with Bad Bunny.

Although she aspired to eight awards, the Colombian Karol G won two important awards in the female part: those of artist of the year in the categories Hot Latin Songs and Top Latin Albums

The Black Eyed Peas tied for the same number of awards, while Karol G, Sergio Lizarraga’s Banda MS, Eslabón Armado, Price Royce, Maluma and The Weeknd had two each.

Although she aspired to eight awards, the Colombian Karol G won two important awards in the female part: those for artist of the year in the Hot Latin Songs and Top Latin Albums categories.

The rock band Maná received the Latin Billboard for the pop duet of the year and the Icon award, and took advantage of the night to premiere on stage a new version of Cuckoo clock, in which they invited the young artist Mabel, a 12-year-old Mexican girl whom they met when she was a finalist in the television program La voz kids México.

During the night nostalgia was present with the commemoration of the fifth anniversary of the death of Juan Gabriel, in which the singers Ana Bárbara, Yuri and Guadalupe Pineda participated, who sang a medley composed of I forgot again, Hug me very tightly, I still love you, I am born from the heart and eternal Love.

The Dominican merengue player Wilfrido Vargas was in charge of paying tribute to Johnny Ventura, who died in July of this year, while Ana Bárbara shared the stage with Paquita La del Barrio

The Dominican merengue player Wilfrido Vargas was in charge of paying tribute to Johnny Ventura, who died in July of this year, while Ana Bárbara shared the stage with Paquita La del Barrio, with whom she played The advice and Two-legged rat.

Daddy Yankee, who received the Hall of Fame award, presented his latest track, Put him to the perreo, with which he led a series of premieres at this Latin music festival.

“It took me three times to learn with wisdom, effort and determination how to receive recognition like this. I have received many awards in my life, but I never thought that my discipline was going to make me the first artist of the urban genre to be inducted into it. Billboard Hall of Fame, “said the artist.

Myke Towers, who presented his new song Experimento, won the award for the best new artist of the year, while the Spanish Rosalía and the Dominican Tokisha performed their urban duet Linda for the first time before the public.

Collaborate with our work:

The team of 14ymedio He is committed to doing serious journalism that reflects the reality of deep Cuba. Thank you for joining us on this long road. We invite you to continue supporting us, but this time by becoming a member of our newspaper. Together we can continue

with Salma Hayek and Angelina Jolie has a new trailer 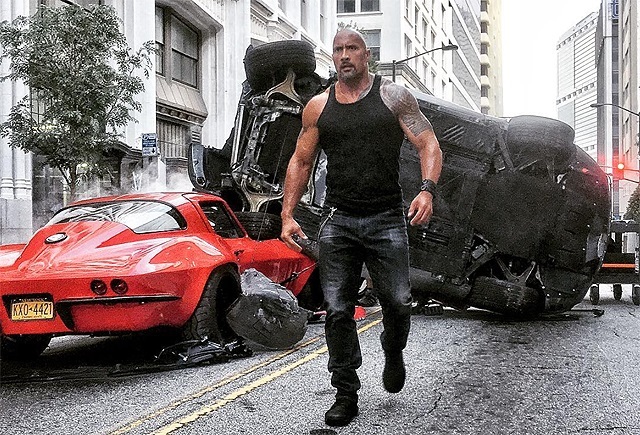