Moussy was able to live his two nights of 21st Festival of Our Song, on January 7 and 8, 2022, after the pause of the previous year, forced by the pandemic.

With the health drama still in force, with a growing number of cases, this edition was also authorized by the government, but surely with decimated attendance by the decision of those who prefer to avoid crowds.

In any case, it was a record edition in terms of anticipated sales, which makes it clear that “there is a desire for Moussy”; and better times will come.

“Very happy, very happy with the edition, everything went well“, expressed the president of the organization at the time of the balance.

Omar Debárbora thanked the people for attending and respecting the health regulations of the pandemic, keeping his distance, even on Saturday, when the attendance was almost double that of Friday, ensuring the economic result of the edition.

Among the collection for tickets, plus another essential income for Moussy, which is gastronomy. They sold more than 2,000 kg. asado and more than 700 dozen empanadas, among many other typical delicacies of the place.

Moussy’s flag is still planted, it flies overhead. It continues to be a great window for artists to show themselves, and to keep our cultural heritage alive.

The 2023 edition is already counting down, so are those magnificent hosts, capable of throwing a great party even in the most difficult situations.

On the closing night of Saturday, January 8, 2022, they performed Juan Fuentes (ex Huayra who now tours the stages as a soloist), Iván Faisal, Quinán, Vale el Trago, Marianela Obispo, and Cordiales at closing, until 03:30. As on the first night, the bulk of the public stayed until the end, and it was even the night with the most festive spirit.

We remember that on Friday they acted Huella Chaqueña, Darío Sandrigo, Padularosa Romero, Popo Giaveno Y Song of the SoulSalta, a group that waited for a large part of the public, despite the fact that many had a working day this Saturday. They took all the applause dazzled. The only thing that failed were the videos (with very bad audios) that they presented to honor the groups that made history in our popular songbook. The videos added emotion, but resigned festive rhythm, and especially quality, which contrasted within a careful festival, with first-rate image and sound, where Master keep shining.

Darío Sandrigo paid tribute to the memory of his father, Eduardo Sandrigo, one year after his death. That emotional moment, which included a recording in which his voice showed again, was crowned with fiery applause, like those nights when he was one of Moussy’s animators.

Video to relive a minute of the festival atmosphere in Moussy, at the end of the opening night, around 03:00 am.

Video captured with the Reconquista TODAY drone, without sound. It offers a panoramic view of the property at opening night. 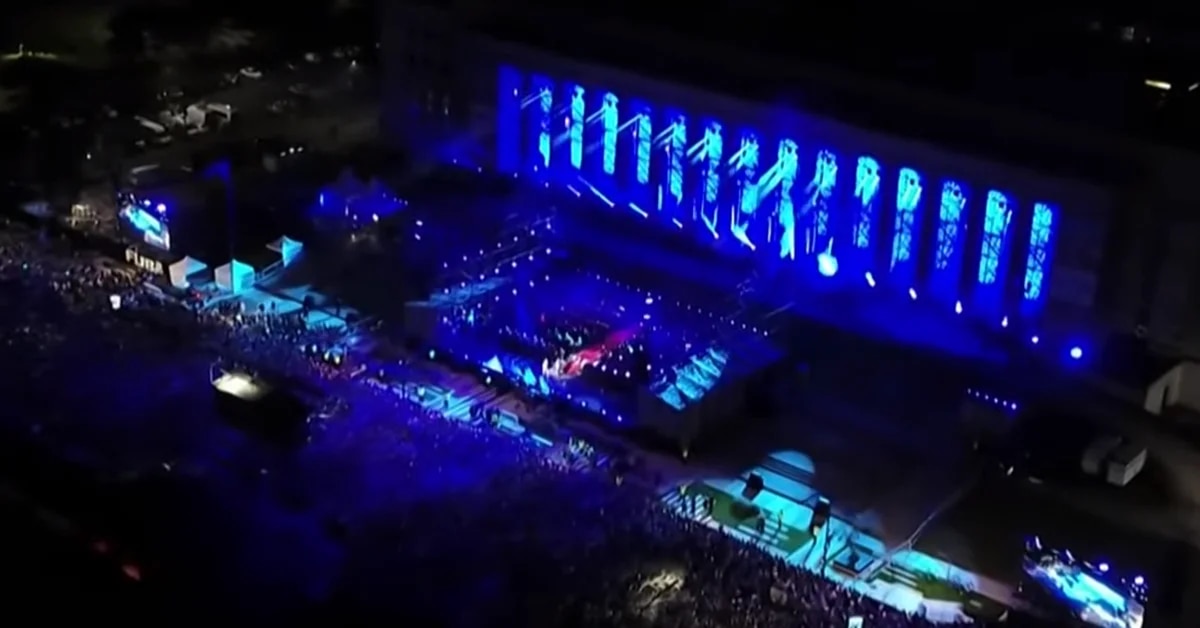 Listen to the acoustic version of the Diversity theme – News

Luciano Pereyra spoke of the emotional moment in which he invited Agustina Cherri’s daughter to sing with him: “First she said no”

It’s another: Abel Pintos “permanently” changed his appearance and surprised