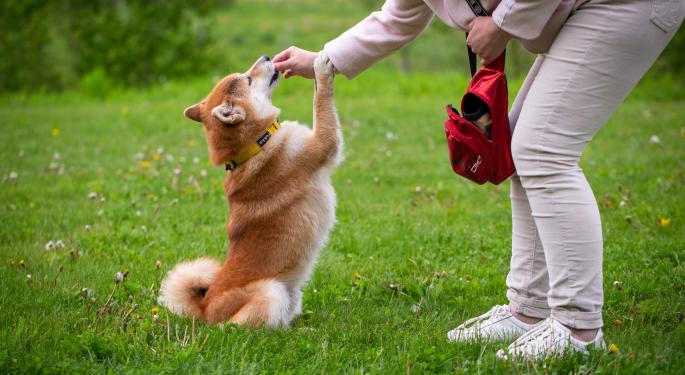 The popularity of cryptocurrency meme Dogecoin (CRYPTO: DOGE) has caused demand for Shiba Inu dogs to rise, but breeders are concerned about the growing number of cases of dog mistreatment, abuse and neglect, Coin Rivet reports.

Poorly bred dogs can suffer from a variety of health problems, including the possibility of developing glaucoma.


Burnside added that inexperienced dog owners lack knowledge of the temperamental characteristics of the Shiba Inu breed has compounded the crisis.

Shibas will never be completely reliable off-leash, as they are a Japanese hunting dog breed that was developed with the genetics of wolves, as noted.

Now rescue organizations are struggling to deal with the influx of poorly raised, unsocialized and uneducated Shibas who are abandoned by their owners, according to Burnside.

The Shiba Inu breed is experiencing high demand from dog lovers, courtesy of the CEO of Tesla Inc. (NASDAQ: TSLA), Elon Musk, and the popularity of Dogecoin, a Shiba Inu-themed cryptocurrency. Musk announced in June that he had adopted a Shiba Inu dog named “Floki.”

Dogecoin was born as a joke in 2013 and has risen to fame this year, largely due to Musk’s support. Cryptocurrency meme it has shot up an impressive 4,917.5% so far this year.

Next, we recommend you read: Bitcoin, Ethereum and Dogecoin are trading today unchanged