In 2013, and just six years old, Luana set a precedent by becoming the first trans girl in the world to obtain her ID according to her self-perceived gender identity. But it was only the final stretch of a journey plagued by bureaucratic obstacles, discrimination and social prejudices. The film Me baby, me princess portrays that struggle led by Gabriela Mansilla, Luana’s mother, with a script based on the eponymous book that she wrote to inspire and contain families living with a trans childhood. Directed by Federico Palazzo, produced by Grupo Octubre, Arco Libre, Tronera Producciones and Universidad Nacional de La Matanza, the film began its fifth week on the big screen and has already surpassed the thirty thousand tickets sold, an unprecedented success for national cinema even more after the crisis that the pandemic produced in the sector.

In the film version, Eleonora Wexler is in charge of putting herself in Mansilla’s shoes, while Juan Palomino assumes the parental role. Both construct in fiction the role of mother and father of the twins Manuel and Elías, and they put the body to a conventional family that begins to crumble when Manu tells them: “Yo baby, me princess.” The main cast is completed with the performances of Isabella GC -who in real life is a trans girl and plays Luana in an unbeatable way– Valentino Vena, Valentina Bassi, Lidia Catalano, Mariano Bertolini and Paola Barrientos, among other figures.

“No job went through me as much as this movie,” Wexler reveals to Page 12. “The director trusted me and I will be eternally grateful for this possibility because Gabriela is an example of life.” Palomino had to play a father who seeks to understand but cannot. “The possibility of getting involved with this character was a great challenge because many look, feel and express opinions from that binary place my generation has grown up in. On the other hand, it seemed important to me to make this issue visible, and it was beautiful to be part of the testimonial cinema which has been the workhorse of our cinema with titles that challenge such as The official story or The Secret in Their Eyes”, says the actor.

The film was made in April 2021, in a difficult context of restrictions and with a tight filming plan of five weeks that was developed, to a large extent, in different spaces of the University of La Matanza. “The pandemic was a difficult time for everyone, and filming in that situation was hard but revitalizing work,” say the interpreters.

–Me baby, me princess addresses a reality about which little is known. Did you wonder what you would do if you were in the situation of having a trans son or daughter?

Juan Palomino: -Yeah right. I wondered, and I think that in the face of something like that I would try to be understanding. While I am not a staunch progressive, because I have a rather particular genealogy, Over time I was able to understand and celebrate many situations such as same-sex love. The years made me a little wiser to understand the links of these times. And I know that understanding issues like sexual orientation or gender identity is a challenge for many. Many young people are expelled from their families, and in other cases they are hugged, as appropriate. And trans people have an average lifespan of 35 years because they have been excluded and have had to fall into dark places like prostitution. Because I am glad that politics has been a fundamental factor to incorporate these problems into its agenda and to transform them into a State policy.

Eleonora Wexler: -I also asked myself that question. If not, I couldn’t have been in this project. And I feel like if something like this happened to me I couldn’t fight like Gabriela because no one but her could do what she did. But I was always an open person and, although I know what a very difficult path would be, I would listen and accompany my children. Because that’s what being a mother is all about.

-How did your characters work?

EW: – I composed my own Gabriela, knowing that she was a mother who listened and who fought to the end and was not stopped by anyone. I went to his house, I thought he was going to be talking for an hour but I stayed for four. That day I also spoke with Luana and Elías, and then Gabriela’s mother and brother appeared. She opened her heart to me. At one point he showed me in a photo album the process of how Manuel became Luana. Also, I was at the house of Ingrid, Isabella’s mother, who is another fighter woman. Your help was very important to be able to bond with your daughter.

JP: -I had to start looking in myself, where I come from and what my genealogy is. I was born in La Plata, but I grew up in Peru, in Cuzco, and my education was patriarchal and ecclesiastical. When I was a child my reference was James Bond, a macho character who also had a license to kill. That is why I worked without judging my character. Because this father represents many men who have grown up with a sexist and macho look, a product of the information we receive where the man was always seen as the provider in the family. It’s a difficult topic. We are all liberals until certain situations come our way and some tin cans appear in the cupboard.

-However, he is not a linear character, because there is a moment when he seems to empathize with his daughter’s situation …

JP: -It is that he loves his children and his wife, but he cannot bear that reality or think about the future, and he cannot function in that family no matter how much he wants to. In this father there are contradictions, because otherwise we would fall into the stereotype of some soap operas where there are good guys and bad guys.

-What learning do they take from this story?

EW: -I became aware of many things that I did not know. And when I began to understand what Gabriela had gone through and learned about her struggle, my chest filled with emotions. What I had to tell in each scene I felt from a place of great conviction, and I learned all the time. Knowing what a trans childhood means involves deconstructing a lot of things.

JP: – I was able to review my own history, to be more tolerant and to be able to understand from another place the reality of the time that I have to live. I have chosen to live the path of art and poetry and that has allowed me to realize many things.

–The film remains in theaters and that shows that there is a significant impact. How do you evaluate this success?

EW: -He is leaving a legacy, telling something that the public needs to know. It is a material that teaches, educates, raises awareness and excites. Trans children exist much more than you think. This is a world that has been covered up, and this project brings this reality closer to the public. When people who went to the movies tell me that the room is full, I am very emotional. It has a long way to go on screen.

JP: -It is the most watched film in the national cinema after the restrictions. It is evident that there is, in a part of society, a need to understand this issue. Many times the new Argentine cinema has been cryptic and for few, and I celebrate that this film has so much arrival. It is a proposal for the whole public, designed so that different generations can understand a problem that has always been there and that must be made visible. And being part of that makes me very happy. 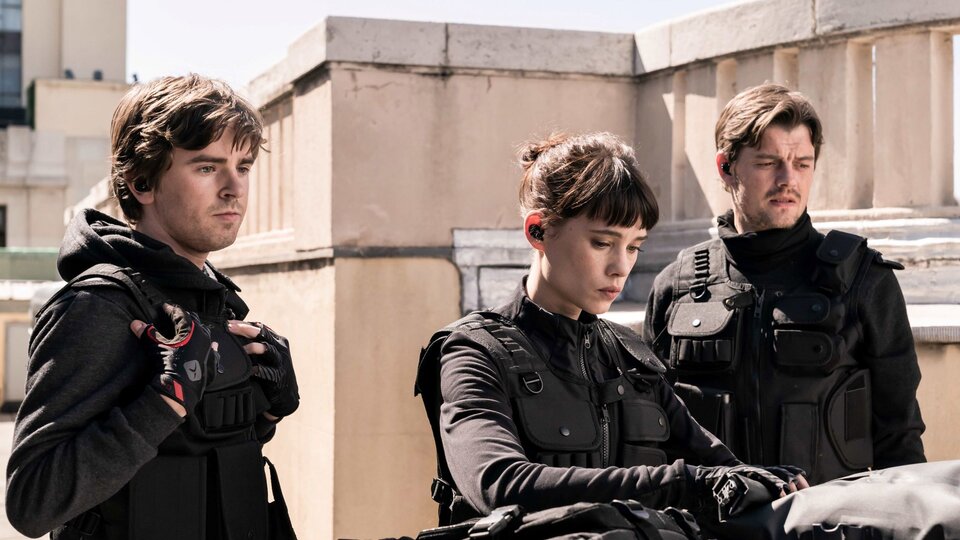 “Assault on the Mint”: the great coup of the century | Directed by Catalan Jaume Balagueró, in cinemas only 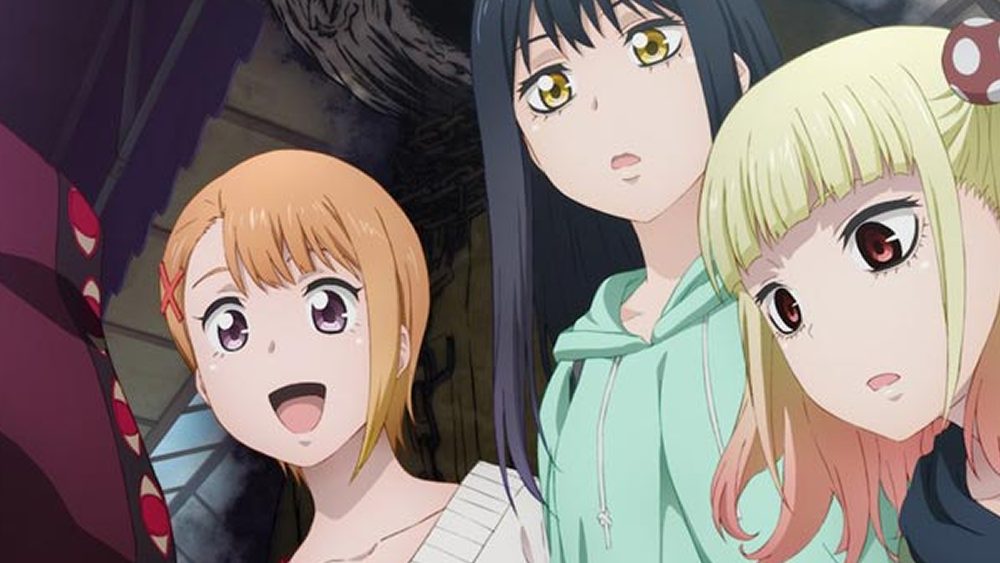 Test: What character are you from Mieruko-chan? 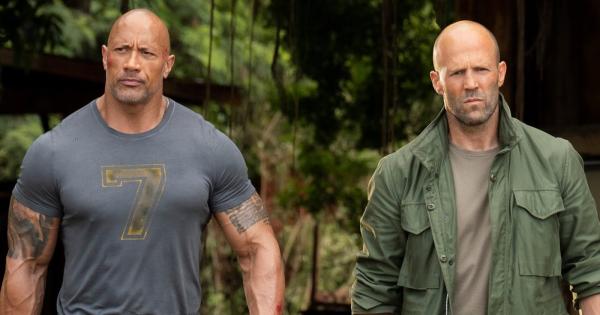 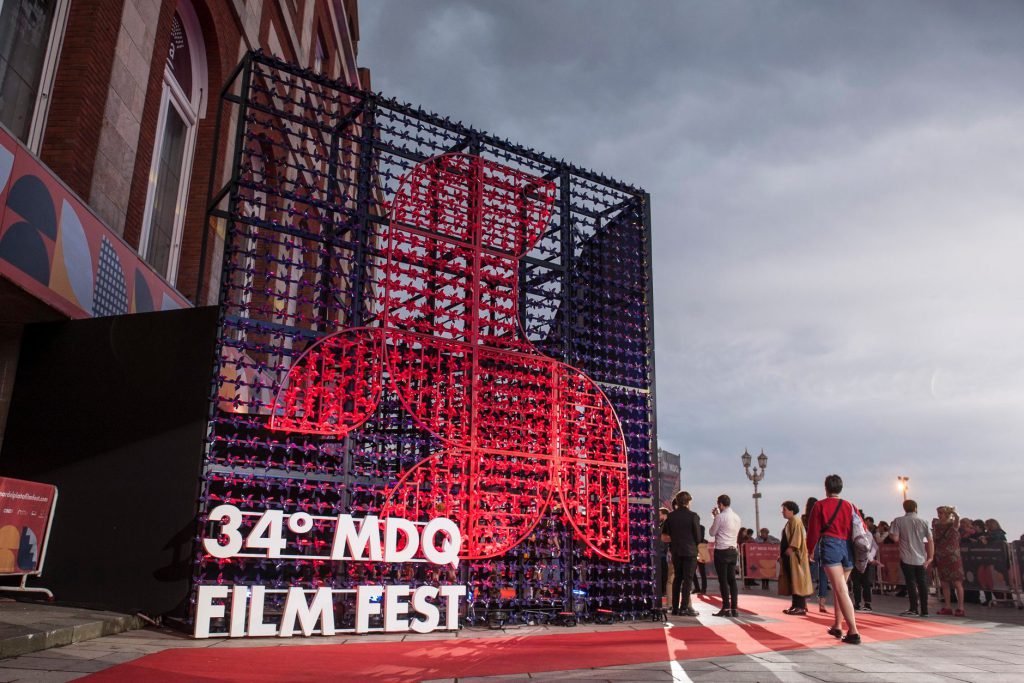