December started and with the possibility of holding meetings of up to 20 people in Entre Ríos, many groups of friends, colleagues from work, school, university, etc., will begin to organize the “famous” farewells of the year. Food and drink are not lacking in these celebrations, so health professionals recommend taking precautions when drinking, not abusing alcohol and being responsible, AIM registered.

So that the celebrations do not lose their charm and are really a moment of meeting and well-being, it is recommended to drink in measure and pay attention to the hygiene recommendations to prepare and preserve food.

In addition to the abusive intake of alcohol, copious or prepared meals without the proper handling conditions carry, at this time, greater risks of contracting some of the Foodborne Diseases (FAD) such as Hemolytic Uremic Syndrome and salmonella.

The most common consultation for excessive alcohol consumption is carried out by adolescents and young people and unfortunately this behavior is minimized and even justified by adults who consider it “a fad” or a habit “typical of age”.

The reality is very different, excessive alcohol consumption among adolescents is related to street violence, traffic incidents and serious organic disorders, that is why any of these conditions puts the lives of the consumer and the people around them at risk. .

Beware of children and pregnant women
Another point to keep in mind is to be vigilant with children. Many children out of curiosity or accidentally ingest alcoholic beverages from the glasses that adults leave within their reach during dinners.

They recommend paying attention to these situations and suspecting the possible intake whenever loss of stability in gait or vomiting is observed in children. They also advise offering liquids to the little ones frequently and having easily identifiable glasses for them.

On the other hand, doctors warn that any amount of alcohol that a pregnant woman ingests poses a risk to the fetus, therefore the ideal is not to drink.

Women who are breastfeeding should try to breastfeed at least two hours after drinking alcohol. Small amounts of drink change the smell and taste of breast milk, and larger amounts can make your baby intoxicated.

On the other hand, alcohol interacts with countless medications and can cause poisoning when combined with sedatives, antidepressants, antihistamines and anticoagulants, so it is recommended to consult your doctor before drinking.

Other accidents
On the other hand, with regard to the use of bottles with sparkling drinks, specialists point out that it is good to cover the corks before uncovering the bottle, avoid blowing the sparkling drinks and not look directly at the bottles when they are uncovered, or point them at other people.

However, uncapping the bottles is not the only dangerous thing. The problem deepens when it is switched to consumption and worsens with excesses.

Without a doubt, alcohol abuse can play tricks on us: learn to have fun these holidays without harming your health. Alcohol and fat are the cause of most gastroenteritis and colic that occur on these dates.

The ‘feasts’ are usually associated with the consumption of alcohol: a few beers with the aperitif, wine during lunch or dinner, in addition to the drinks to finish. The risks of excessive alcohol consumption range from inflammation of the pancreas and headaches to liver and gastric disorders. Ideally, no more than two glasses of wine at each meal.

Acute gastritis is a common ailment that occurs with large meals typical of the holidays. Inflammation of the stomach lining causes serious problems that are often aggravated by the consumption of high alcohol alcohol such as vodka or rum, since ethanol erodes the walls of the stomach.

Who cannot drink alcohol
All people with chronic diseases of the liver, nervous system and pancreas should be prohibited from alcohol. In addition, we must be careful with medications: we will read the leaflet to find out if the treatment allows us to drink. Those who suffer from psychiatric problems will also have to abstain from alcohol. And, of course, those who are going to take the car will have to forget the drinks.

The doses that people admit depend a lot on sex, age, weight and genetic factors, but also on the constitution and health of each one

Drink little and with meals
Spending a pleasant and healthy December does not mean that we have to abstain from alcoholic beverages, as long as the intake is moderate and accompanied by food, since the fuller the stomach is, the longer it will take for the alcohol to reach the blood.
Foods high in calories and fat slow down the absorption of alcohol.
We will also have to avoid the abuse of cocktails, especially if they are accompanied by carbonated drinks. The carbonic acids in soda with bubbles facilitate the passage of alcohol through our body, which accentuates the toxic effect of liquors, and allows it to act earlier.

Women will have to be more careful with alcohol because they have less water in the body, which means that higher concentrations of alcohol are produced in the blood. Also your liver has a lower metabolizing capacity.

What to do to overcome a hangover
Once we have drunk more than necessary, there is no remedy: we will have to suffer the dreaded hangover. Home remedies against this annoying companion only attenuate its symptoms, since it takes a few minimum hours for the body to eliminate all alcohol from the blood.

The first thing we will have to do is sleep well and get enough rest. A shower as soon as we get up allows to stimulate circulation, much more if it ends with a little cold water. The food will be light and easily digestible: foods rich in vitamins B and C facilitate the elimination of toxins. Aspirin, ibuprofen or similar will serve to end the general discomfort and a coffee will stimulate our body and help us wake up.

It is not highly recommended to stay at home all day, as headaches are accentuated. The best thing is to distract yourself and do a moderate exercise: take a walk, go out for coffee, go to the movies. We will allow a few hours to elapse from the last drink until bedtime. Another fundamental fact: drinking plenty of water is essential to eliminate alcohol, both before sleeping, and in full hangover.

The danger of driving
Official organizations of Argentina, the provinces and municipalities carry out campaigns to avoid driving if you drink alcohol.

Emphasis is placed on the danger posed by alcohol and drug use while driving during the festive season.

Eating large amounts of food, being tired or sleepy, drinking alcohol, etc. they are fatal elements when it comes to driving.

Alcohol and drug use have effects on vision and behavior. For example, it is easier for an oncoming vehicle to dazzle us and we have a much lower perception of risk. With fewer daylight hours, visibility is also worse and weather conditions, such as fog, snow or rain, require that we put all five senses behind the wheel.

So, if you are going to drive after a celebration, watch out for:
The copious meals.
Alcohol consumption.
Drug use
Fatigue, tiredness or sleep.
It is preferable that a friend who has not consumed alcohol drives or that we travel by taxi. 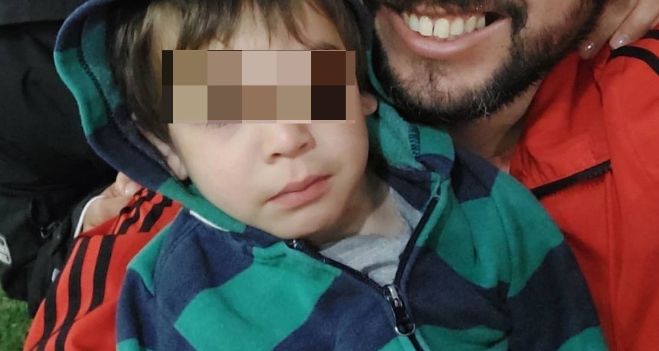 Santiago continues to fight: he has mild neurological activity and his family remains hopeful | Cuyo’s diary 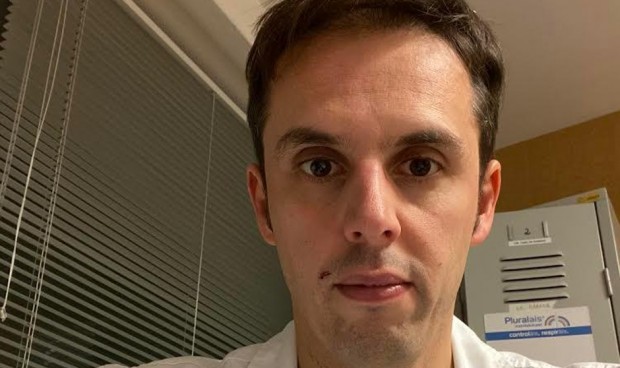 Include vaping as a smoking cessation: “A false solution” 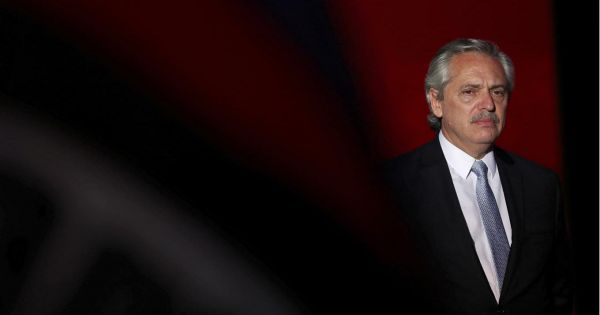 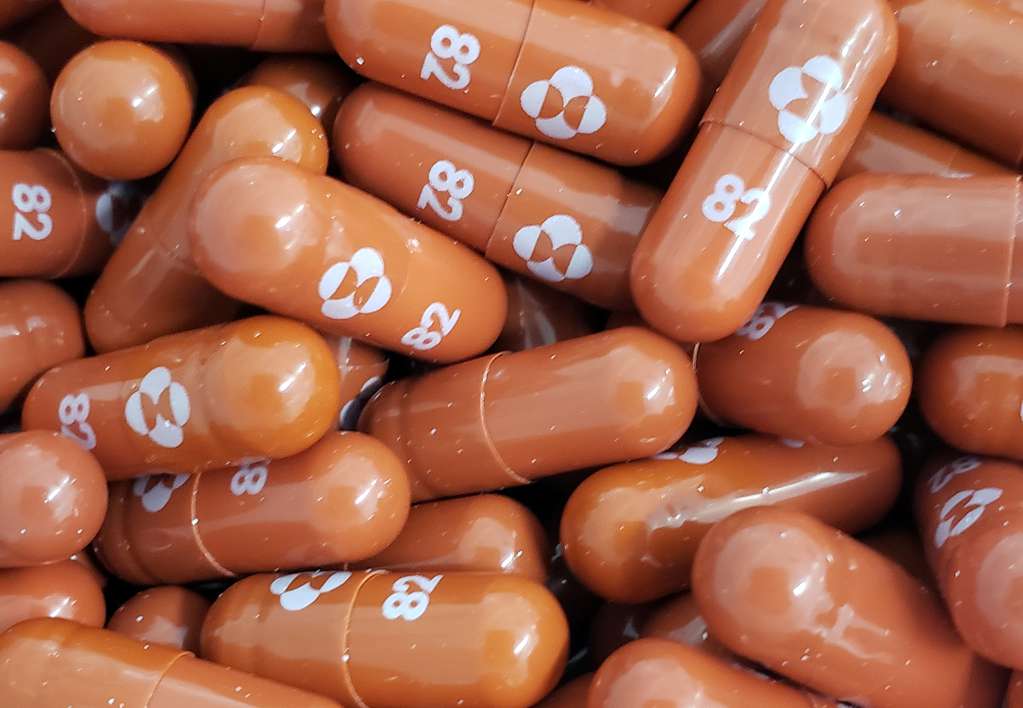 The UK is the first country to approve the coronavirus pill