“Ethereum is better than Bitcoin”: “bitcoiners” respond to Redrado

On Twitter, the former president of the Central Bank of Argentina between 2004 and 2010 came across several bitcoiners after his controversial statements

Martín Redrado, president of the Central Bank of Argentina (BCRA) between 2004 and 2010, recently posted on Twitter a message that generated multiple responses from bitcoin users, also known as “bitcoiners.”

“Attention that the technology (blockchain) that sustains the cryptocurrency Ethereum, (is) surpassing bitcoin. This is the key differentiating factor going forward,” the famous economist wrote on September 4.

In this way, Redrado affirms that what matters is not so much Bitcoin but blockchains as unitary technology. In particular, Redrado spoke of Ethereum, a network to which its creator, Vitalik Buterin, defined as a “general purpose blockchain”.

For Franco Amati, co-founder of the NGO Bitcoin Argentina, “Blockchain yes, Bitcoin no”, is a message that “is delayed at least 3 years”. In 2018, Amatí had said that it would be necessary to “stop using the word ‘blockchain'” and refer directly to the objective of the project.

Ethereum is “more centralized than the FBI”

Other criticisms of Redrado were for his valuation of Ethereum. For Adam dubove, finance specialist, Redrado’s conclusion of considering Ethereum superior to Bitcoin is “logical for a central banker. He is more comfortable with Proof of Stake (PoS) because it emulates a system that he already knows and would allow him to control it. Bitcoin, no” he explained.

The PoS, or “proof of stake”, which Ethereum will adopt when the 2.0 version of the network is activated, it will eliminate the need for mining (proof of work, PoW), that is, the use of advanced computational resources and the high electricity consumption to validate transactions and issue new currencies.

This factor makes some critics assure that the absence of mining turns cryptocurrencies that use PoS into something similar to fiat money, an element that can be issued at the will of the controller without the need for high energy consumption. Speaking promptly about Ethereum, Dubove responded to Redrado that it is “more centralized than the FBI” and that comparing it to Bitcoin is “comparing pears to apples.”


According to Dubove, “each of the design aspects of Bitcoin are due to security, decentralization and incentive reasons.” Instead, he believes that other cryptocurrencies in which their founders or some entity have a lot of influence on the project have a high possibility of receiving attacks.

Another who responded was Julián Drangosch, a member of the NGO Bitcoin Argentina. For him, Redrado it fails to understand that “the social revolution is much greater than the technological revolution.” According to Drangosch, “Bitcoin vastly outperforms all altcoins”.

In an interview given by the bitcoiner a few days ago in relation to Bitcoin mining, the engineer and also a teacher had opined that “there is no need for blockchains with other synchronization mechanisms such as Proof of Stake”. According to him, “it is not that the blockchain is the important thing and then we have to make the PoW more efficient and that is why we change the synchronization mechanism to PoS”.

On the contrary, he considers that “the true invention is the proof of work (of Adam Back in hashcash) and that is what we need in the world and the blockchain is the way to transmit it.”

It is not the first time that Argentine bitcoiners have fought with Redrado on the bird network. On several occasions the economist cHe listed bitcoin as only useful for seasoned investors due to its high volatility. 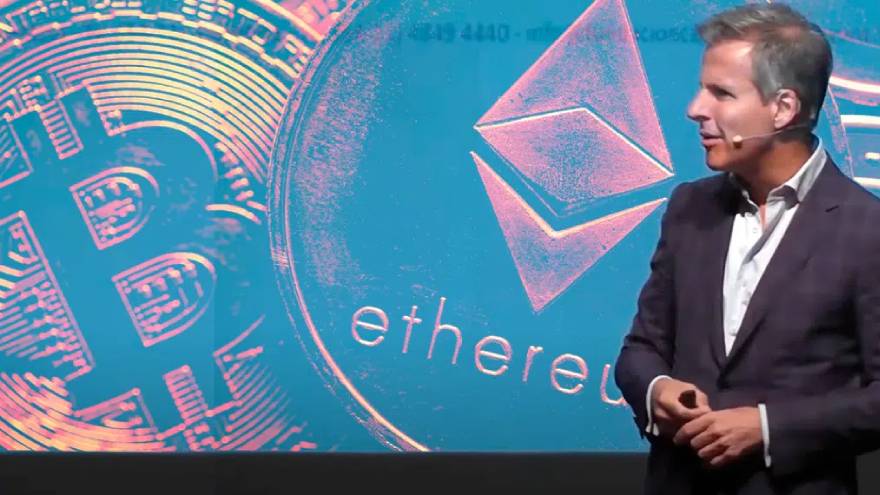 Every time Redrado talks about cryptocurrencies he raises criticism from bitcoiners

Also, in February 2020, the economist suggested the need to create a digital weight and several BTC supporters reproached him that his intention was to monitor the financial movements of citizens by the State.

Something that infuriated many was that Redrado used China as an example, since many argued that the Asian country is not characterized, precisely, by the freedoms of its citizens. Currently, China is in the final stage of testing for the launch of its digital currency, the e-yuan, which will function as a large database in the hands of the state, Criptonoticias reported.