Despite the London hardfork in Ethereum which causes a large amount of Ether to remain, by hash rate has risen thanks to NFTs. Although London has generated a reduction in profits by burning commissions, miners have been added until they get the maximum historical hash rate in Ethereum. 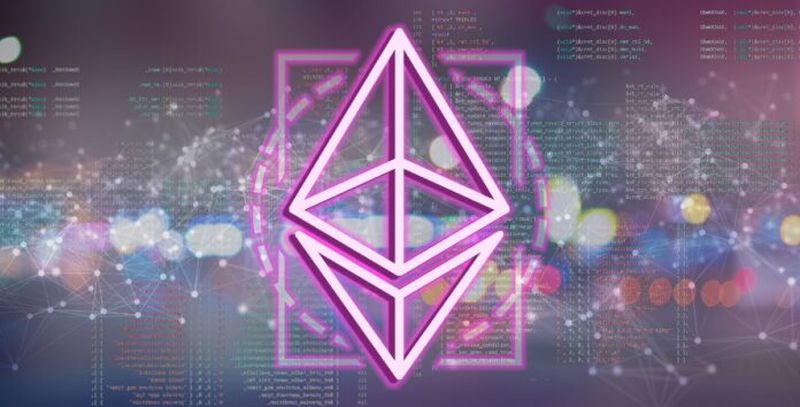 Those who do not know, the hash rate is the total computing power of the Ethereum network. Thanks to this computing power, transactions are validated and new blocks are generated.

London, an update that was rolled out in August as a Hard fork, involves burning commissions. This mechanism is used to prevent transaction fees from soaring uncontrollably as has happened several times before. In addition, it is an incentive to leave proof-of-work mining and move on to proof-of-stake. This should happen by the end of next year, when it rolls out Ethereum 2.0.

According to Etherscan, the Ethereum network has reached a new peak in computing power. Specifically Etherscan dials 715.4TH / s (Tera Hashes per second). This is the platform most used by users who want to see network transactions or other information. Secondly, OKLink indicates a power of 663.6TH / s, considerably less than Etherscan.

According to Eddie Wang, Senior Researcher at OKLink, “High demand for the network, such as the minting of NFT with high priority rates, has kept miners’ income high.” So the rise in popularity of NFTs is generating a significant increase in miners’ income. 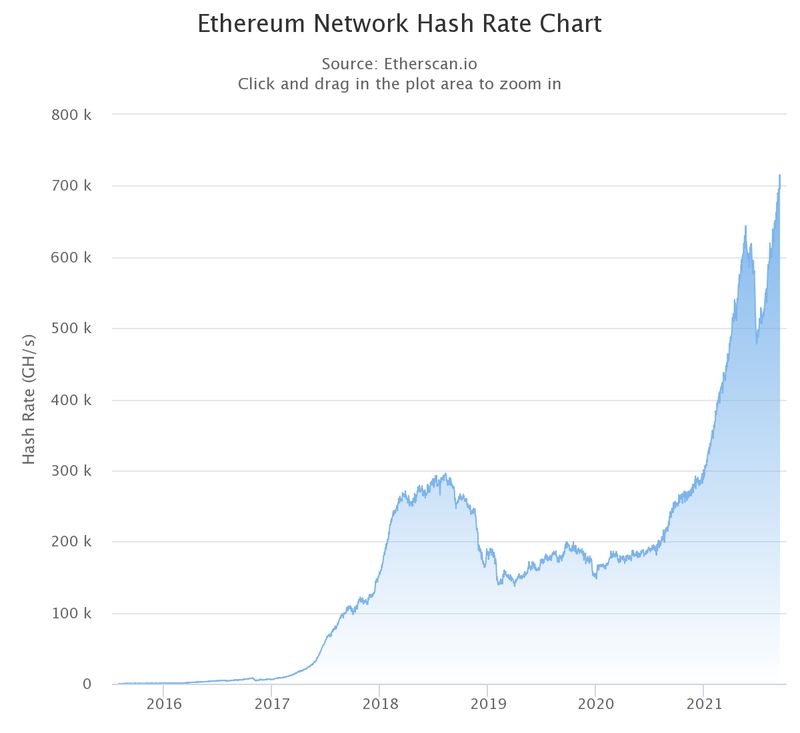 London is an update to Ethereum that adds mechanisms to prevent fees from skyrocketing. One of the mechanisms, as we have commented, is the burning of the base commission. Since August an average of $ 12,000 worth of Ether (ETH) has been burned every minute to date. According Dune Analytics have burned 285,439 ETH, which has an average value of $ 970 million. [Precios a fecha de redacción de esta noticia]

A second commission is set up in London that goes directly to the miners. NFT generators on Ethereum would be adding high commissions for miners to get priority in validation. This would be the reason why the hash rate has increased so much, reaching all-time highs.

But the party will last rather little. It is planned that by the end of 2022 the consensus of proof of work will be left behind and it will move to the proof of stake. This change will mean that to be a validator, 32 Ether will have to be left in custody. The good thing about this mechanism is that you will simply need a Raspberry Pi, which is barely worth 100 euros and has a negligible consumption.

What do you think of the increased hash rate on Ethereum thanks to NFTs, despite the London update?