“Every day I hear that I am not sexy enough”

“When I was little I used to go to photo sessions with my mother and I would see her do make-up for the models,” evokes the Texan Selena Gomez, “I loved to get into her toiletry bag to try to recreate the looks what he did. Luckily I can say that I have improved a lot since then ”. Today she is a singer, actress, producer and beauty mogul with her signature Rare Beauty, which arrives today at Sephora in Spain. And all with only 28 years old (he will turn 29 at the end of the month).

It started early. She was five when her parents separated and she saw how her mother, who had her when she was 16 years old, got ahead combining jobs at Starbucks, in a chain of arcades and in that small modeling agency where Selena discovered makeup. With only ten they signed her into the children’s program Barney & Friends, in which he shared plans with Demi Lovato, and at 13 he became the protagonist of the hit Disney series Wizards of Waverly Place. “Being exposed to media attention from such an early age undoubtedly entails a lot of pressure,” reflects the artist, who accumulates a platoon of followers on Instagram (240 million) that outnumber the population of almost any country in the world. Perhaps that is why he has not been on social networks for years and it is his team that occasionally posts promotional content. “It’s hard to relax when you feel like everyone is watching, judging and commenting on your every move, every look or every change of wardrobe ”. But I would do it again: “Despite this pressure, I would never say that I regret having grown as I have. I feel very fortunate to have this platform and the ability to change things. “

It’s hard to relax when you feel like everyone is watching, judging, and commenting.

Gomez speaks naturally of her insecurities or her mental health: last year she acknowledged that she had been diagnosed with bipolar disorder. Precisely mental health has become a differentiator of its Rare Beauty, which could be translated as ‘rare beauty’, and will donate one percent of all its sales to a fund aimed at helping people with problems in disadvantaged communities. It also uses its projection and the firm’s social networks (2.5 million followers only on Instagram) to raise awareness about this problem and normalize it. “I see vulnerability as a great strength,” he confesses, “I think there is a fear of being judged that can hold us back, especially when we open up to share what we are going through.” Talking about her bipolarity or her lupus disease has helped her to connect even more with her audience: “I have found that showing yourself vulnerable allows you to build more sincere connections with people and helps everyone feel a little less alone” . 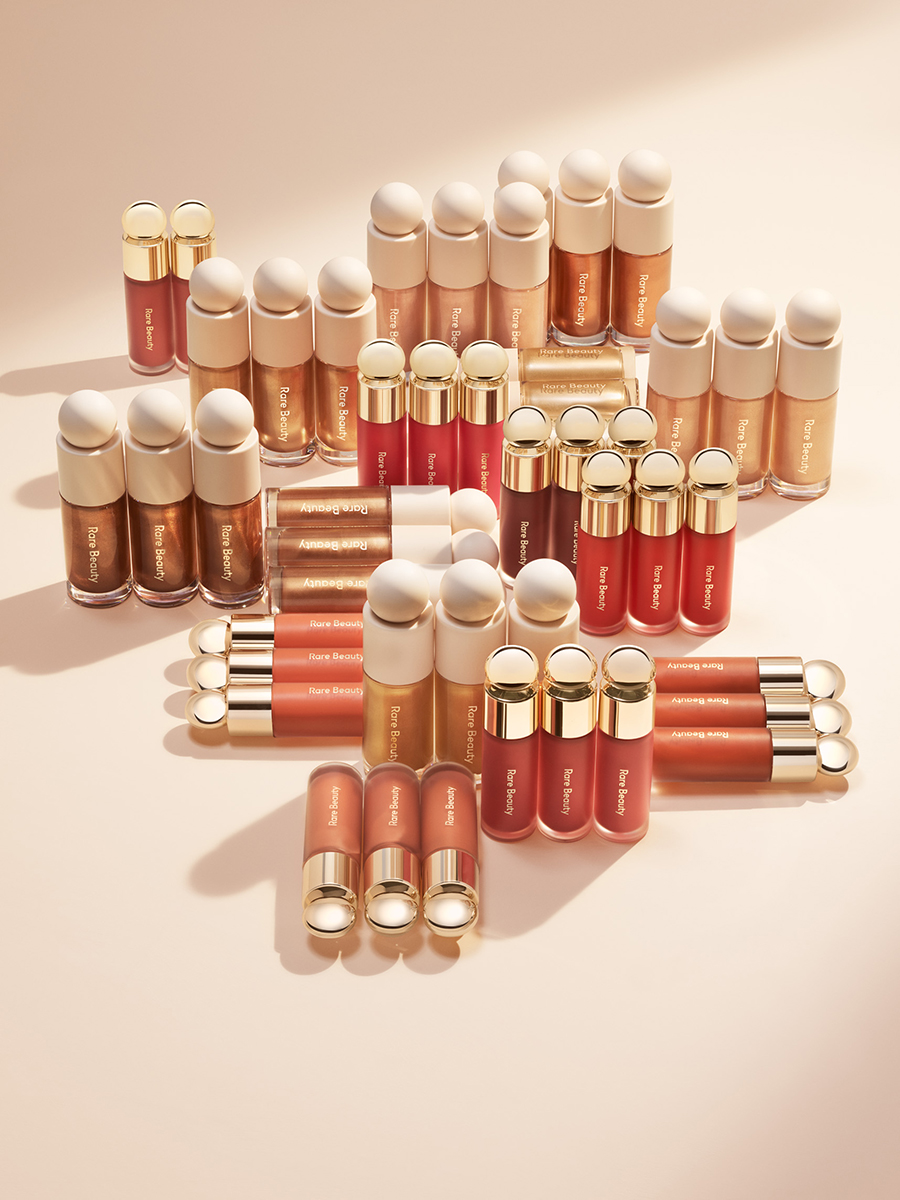 Foundations, concealers, blushes or highlighters: some of the products from the Selena Gomez makeup line.

The cause serves to position itself, but also to differentiate itself from all the cosmetic firms that have launched its companions of the star system In recent years: Rihanna, Lady Gaga, Victoria Beckham, Jennifer Lopez or, of course, Kylie Jenner already have successful companies that transform their respective public personalities into commercial lines. “I think it’s great that people want to launch products that reflect who they are,” says Gomez, “I’m not here to compete for space, I feel very honored to be part of this industry. I wanted to create Rare Beauty to challenge conversations around beauty. I hear every day, every day, that I am not sexy or cool enough, so I wanted to make a mark to encourage each and every person to be who they are and to try to remove all that unwanted pressure. “

A message of acceptance and accessibility completely oriented to the current demands of the beauty sector, which has discarded its classic ideal of unattainable perfection to speak of personal expression and individuality. The philosophy can be seen even in the formulas: “I wanted all the products to be simple, to be pigmented but not heavy. What I like the most about them is how easy they are to use. My goal was to make cosmetics that not only worked well, but could be used by anyone, whether it was someone trying makeup for the first time or an artist who likes a glamorous face. ” Light foundations with buildable coverage, concealers that blend into the skin, liquid blushes that blend in with your finger or lip balms that hydrate and add color. Everything is adaptable to enhance differences: “I don’t think there is a single definition of beauty. I think that everything that makes us unique is what makes us beautiful ”.

I’ve found that showing yourself vulnerable allows you to build more sincere connections with people.