fashion has been doing it for years. From Maison Margiela to Alexander McQueen

Kim kardashian is on everyone’s lips and it is that after his stellar appearance at the MET Gala with his face covered by the hand of Demna Gvasalia, her incognito Balenciaga looks have sparked some interest. However, this fashion has been putting it in practice for many years her ex-husband, Kanye West, inspired by designers who have been presenting it to us on the catwalk for more than a decade. Even Cardi B revolutionized the RRSS a few seasons ago for not wanting to show her face …

Cour des Miracles was the first Davidlefin collection to hit the catwalk, and its staging shocked those present, creating much controversy. At that time Afghanistan was in the middle of the war, to which the designer decided to cover the faces of the models with hoods like burqa and hung ropes around their necks. Its collections will remain in the memory for mixing art, fashion and originality.

Maison Margiela has a unique style that never leaves anyone undaunted. In the Spring-Summer 2009 collection he created an optical effect by hiding the models’ faces under nude, white and black masks. 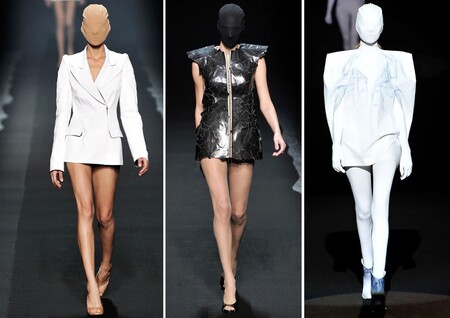 Alexander McQueen was a revolutionary in his time, a genius who marked a before and after in the world of fashion. With a presence that remains in the minds of many, his Fall-Winter 2009/2010 collection was characterized by a brilliant and unique staging. 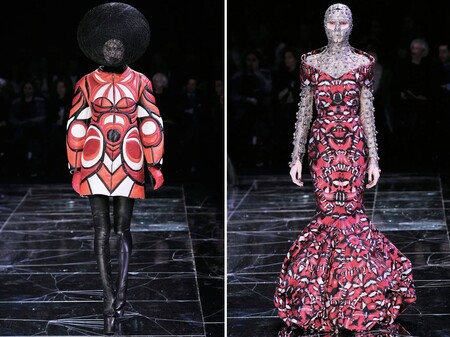 During Haute Couture Fashion Week 2012, Giambattista Valli opted for delicate and different total masks. Creating a groundbreaking effect, the models hid their faces in a kind of net mask that allowed them to see and be seen. 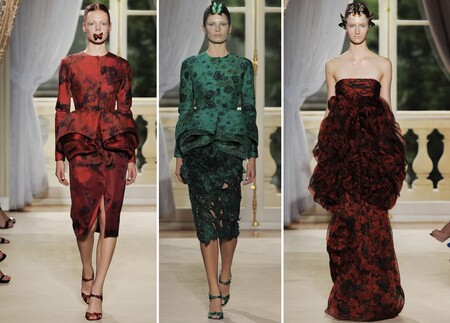 Again Maison Margiela enters the scene, this time to present the Fall 2013 Haute Couture collection. Each of its models hid their faces in luxurious face masks. With flowers or rhinestones, these were left anonymous, so the firm decided that each of them would parade with an invitation in hand that discovered their identity. 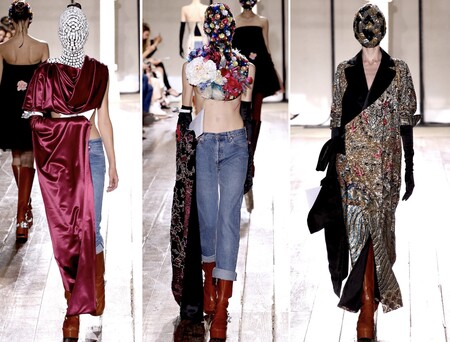 Since Alessandro Michele became Creative Director, Gucci collections have left no one indifferent. Creating controversy along the way, his Fall-Winter 2018/2019 collection left us with woolen balaclavas that completely covered the models’ faces. 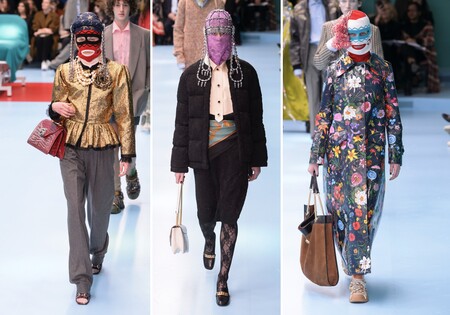 For some seasons now, the men’s shows have served to introduce a touch of future women’s collections. Thus, in Moschino’s Fall-Winter 2018 men’s collection, women marched with their faces hidden behind a latex mask. 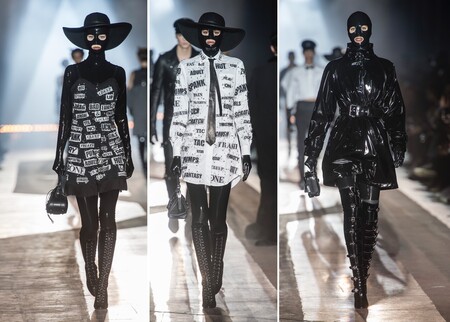 Richard Quinn’s style does not go unnoticed and his full-color outfits prove it. With epic looks from Kendall Jenner or Rosalía, her Fall-Winter 2019/2020 collection impressed with its total looks (literally) where the flowers took total control -from head to toe-. 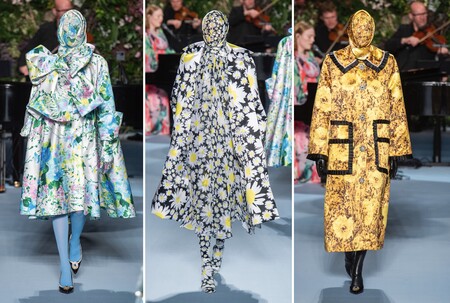 As if it were an omen, Marine Serre’s collection was filled with masks and face masks that attracted (a lot) of attention. 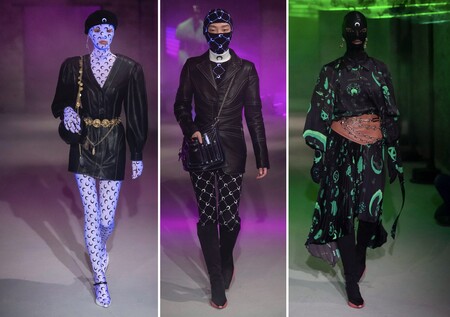 A year later, Gucci continued with the fashion of hiding the faces of the models, this time with a kind of full-color masks that added a very creepy. 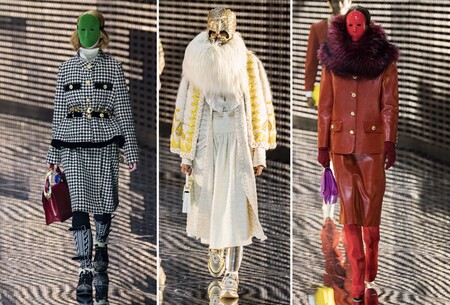 Julien Dossena wanted to recover the identity of the Paco Rabanne brand and opted for a collection where metal was once again taking center stage. So much so that the looks were adorned with facial masks to match the outfit. 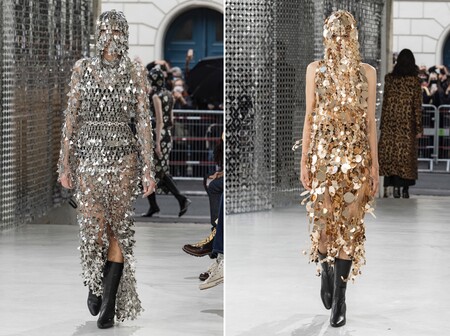