‘Fendace’, the most anticipated fashion show that has reunited Esther Cañadas with Kate Moss

It has been the most commented parade of the Milan fashion week, not only because of the number of familiar faces seen on the catwalk, but also because of the novelty of the proposal. Versace and Fendi, two Italian labels with a long history, have joined forces to present a common collection full of references to both firms. This movement comes a few months after Gucci and Balenciaga collaborated on a joint collection that was viralized on social networks, minutes after they became known. However, the bet of Versace and Fendi, baptized with the name of Fendace, is more unexpected since in this case the two brands belong to different business groups (as was not the case in the case of Gucci and Balenciaga, both Kering labels). Inspired by each other, on the one hand Donatella Versace and on the other, Silvia Venturini Fendi and Kim Jones, Fendi creative directors, have established a creative dialogue that results in a unique and historic collection. And to publicize these news, the casting had to be up to the task. Esther Cañadas, Amber Valleta, Naomi Campbell and Kate Moss have been some of the leading supermodels on the catwalk, where there have also been regulars of the firm, such as Gigi Hadid or Emily Ratajkowski. 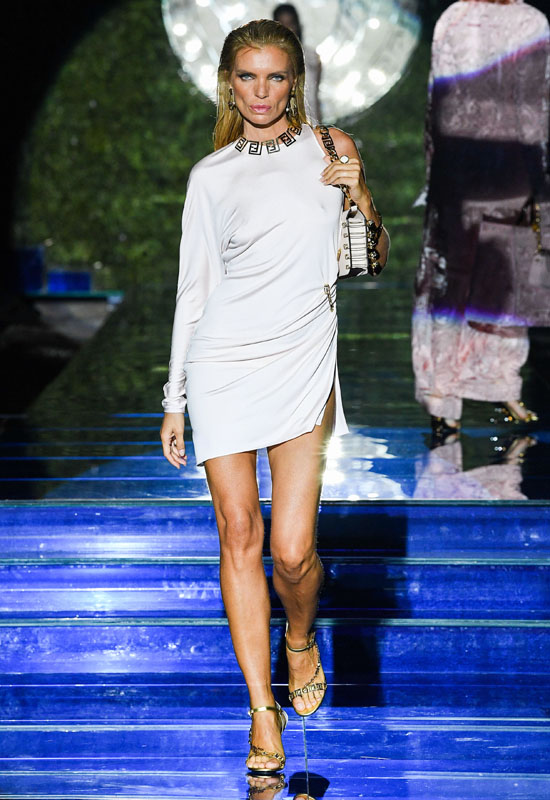 “It is the first time in the history of fashion: two designers who have a true creative dialogue that arises from respect and friendship. It led us to exchange roles to create these two collections,” explained Donatella Versace about this unique collection. The references both fashion houses are reflected, more obviously, in the logos that decorate accessories such as sandals, the metal handle of the bags or the different jewels that complete the outfits seen on the catwalk. The baroque print characteristic of the house founded by Gianni Versace, as well as the safety pins and the greek key from Versace have slipped into sets where the monogram Fendi did not renounce its leading role, leading to a fusion of universes. A highly recognizable mixture of DNA that will conquer fashion lovers and that raises a question: is this show an exception to celebrate Italian fashion or is it a renewal when it comes to betting on synergies between firms, a practice that, for On the other hand, is it not uncommon in the industry? 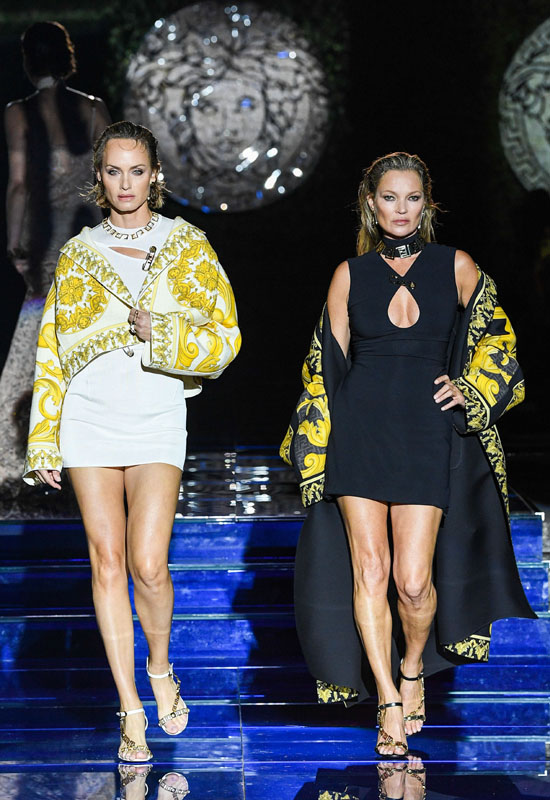 As we said, some of the most iconic supermodels in the industry have been part of this long-awaited presentation. Naomi Campbell or Amber Valleta, both regulars at Versace shows in the brand’s early years, have been protagonists of the Show next to the eternal Kate moss. Interestingly, the British has coincided on the catwalk with his daughter Lila Moss, whose promising career has taken a giant leap this season, also opening the Richard Quinn show at London Fashion Week. 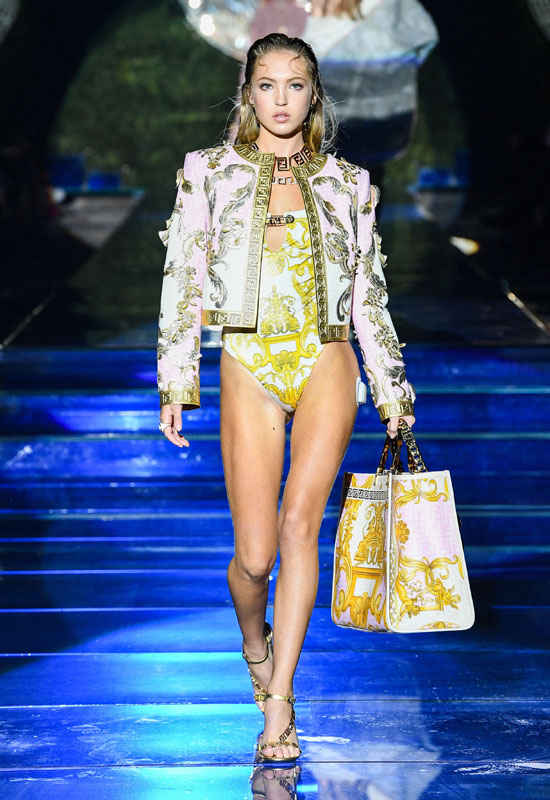 The Spanish Esther Canadas, another symbol of the era of supermodels, has also been part of a casting that stands out for the diversity of bodies. Precious Lee, Gigi Hadid or Emily Ratajkowski They have not missed this unforgettable date with fashion either. At front row, the singer Dua Lipa has confirmed her close relationship with Versace, a brand of which she is the image and for which she paraded a few days ago debuting on the catwalk. Other familiar faces of Milan fashion week, like Chiara Ferragni or Jon Kortajarena, along with actress Ester Expósito and tiktoker Addison Rae as representatives of the Z gen, have also witnessed the collection of Fendace. 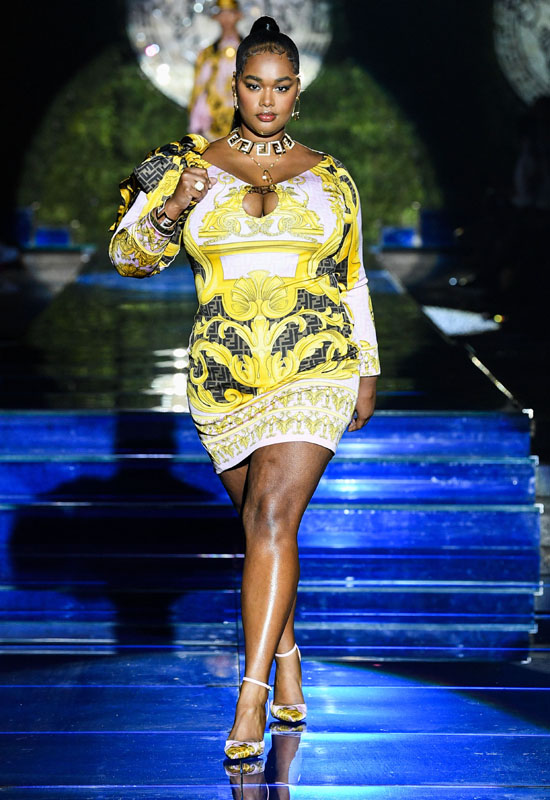