The 44th edition of the Dakar Rally came to an end and in its two main categories it delivered two champions who already knew glory: the Qatari Nasser Al Attiyah (Toyota Gazoo Racing) in cars and the British Sam Sunderland (Gas Gas) on motorcycles. There were no surprises and instead yes a great Argentine performance, which could not repeat the two titles of 2021, but delivered the best position in the queen category with the 4th place of Orlando Terranova and the brilliant second place of Francisco Moreno, also from Mendoza, debutant, in quads, even winning his first special.

Sunderland, 32, winner in 2017 on the roads of Argentina, Bolivia and Paraguay, inherited the throne from Salta Kevin Benavides (Red Bull KTM), who said goodbye with an eleventh place in the twelfth stage that united the Arab cities of Bisha and Jeddah. The Briton from Gas Gas (a team in which he made his debut this year after six seasons at KTM) secured his second crown in the most demanding motor competition in the world with an 8th place in the last 164-kilometre special, which he completed with a difference of 3m 25s compared to its winner, the Chilean Pablo Quintanilla (Monster Energy Honda), who escorted him in the general classification at 3m 27s.

“I am really very happy, the team did a great job, I want to thank everyone. It was a very difficult and stressful competition”, declared the new champion upon reaching the finish line in Jeddah, the place of the game on January 1st. Third was the Austrian Matthias Walkner, 2018 champion and teammate of Kevin Benavides.

The Argentine, who finished in 100th place overall, he gave up all his chances on Wednesday when he broke his engine while occupying an expectant fifth place 10m 22s off the lead. The next day, the man from Salta was able to rejoin the competition and had the pleasure of obtaining his first and only partial victory in the Dakar 2022, which was his sixth personal experience.

Benavides, 33, had the goal of retaining the title in a different brand, after consecrating himself last year with Honda. But that honor was taken away Sunderland, by winning with two different brands, in this one with the Spanish Gas Gas, which obtained its first touareg.

His younger brother Luciano, 26, was also unable to meet his goal of achieving his best ever performance, which remains the sixth step taken in 2020 when the rally landed in Saudi Arabia. After entering 6th in the last stage, the official Husqvarna rider finished 13th overall, a position that represents his third best result, as he was also ninth in 2019. In his other two participations (2018 and 2021) he was unable to finish the race .

And the performance of debutant Diego Gamaliel Llanos was brilliant, always from less to more. This Friday he finished in the top ten, 10th, and was 26th overall. Diego Noras and Joaquin Debeljuh also had a great debut, 53rd and 58th, and Matías Notti, who ran without assistance, finished 96th ahead of 2021 champion Benavides.

in cars, The Qatari Al-Attiyah won his fourth Dakar after the 2011, 2015 and 2019 editions in South America, and took one from Carlos Sainz. Precisely, the Prince won it from day one when the electric Audis had problems and both the Spaniard and Stephane Peterhansel were left out of the gate. Sebastia Loeb, a seasoned world rally champion, is getting closer to being a great rally road driver but he is still lacking and that is why he was an escort. Local Yazeed Al Rajhi completed the podium and Very close was Terranova, in his best performance and by an Argentine.

Teaming up with French co-driver Mathieu Baumel, 51-year-old Al-Attiyah, also an Olympic medalist in the men’s Skeet shooting event at London 2012, completed his 18th personal Dakar, making him a legend for the organization. Orly enjoys the same label, 6th in the last special and with its best position in the 16 editions disputed, the first two in Africa and in motorcycles. He had been fifth in 2013 and 2014. In addition, he won a stage in this Dakar, the same amount as Nasser.

The other Argentines participating in the category were classified as follows: Sebastián Halpern (Mini), 8th, Lucio Alvarez (Overdrive Toyota) 18th and Juan Cruz Yacopini (Overdrive Toyota), 20th. The four Argentines were up to the task and even Alvarez could have been 3rd but on Tuesday he broke the differential and fell behind.

The quad podium. The Pole Wisniewski points to Giroud. On the right, Moreno from Mendoza.

In quads, after the abandonment of the champion Manuel Andújar and Pablo Copetti from Cordoba when they were fighting for the lead, Alexandre Giroud rode in the last stages and won for the first time, dedicating it to his father Daniel who was the first to finish a Dakar on quads. Thanks to a regular walk, Tupungato’s Francisco Moreno reached an unexpected second place in a category that was reduced to the point where only seven finished. And he had the pleasure of winning the special to hold the escort position. Excellent was Verza from Chaco, who returned to the Dakar and did so without team assistance. It was 5th.

trucks. The four Kamaz made it 1-2-3-4, with Sotnikov’s new title. No one could argue with him.

Trucks was the most predictable category, with the insulting dominance of Russian Kamazs and Dmitry Sotnikov’s new title, while Pato Silva finally did not see the finish line and stayed with Man in the penultimate stage. a pity

In light vehicles, the once-great motorcycle competitor Francisco Vest López won his first Dakar without having won a stage and the Chilean’s was the only South American title. The American Seth Quintero won 12 of the 13 stages (the first was divided into 1A and 1B), becoming the most winner in history in the same edition, but for that he took advantage of the reinstatement regulations, since he had to leave on the second day.

light. The Chilean Vest López did not win any stage but he celebrated the same. Quintero was left with 12 of 13 but left on the second day.

In SSV, the American Austin Jones won in the only category that changed the name of the winner in the last stage. He did it over his Spanish teammate Gerard Farres Guell, who loosened up in the last section of the special when he had been winning. David Zille from Pampas made a magnificent debut finishing in the top ten: 10th. The Dakar of the only Santa Fe native, Pablo Macua, from the capital, was also very good, with a great 31st place finish, having the also rider of the boot, the experienced Mauro Lípez, as a companion.

SSV. The US driver Austin Jones overtook his Spanish teammate Farres Guell with little left to finish the special.

For the first time, the Dakar was part of the World Rally Raid Championships and the international motor racing (FIA) and motorcycle (FIM) federations. 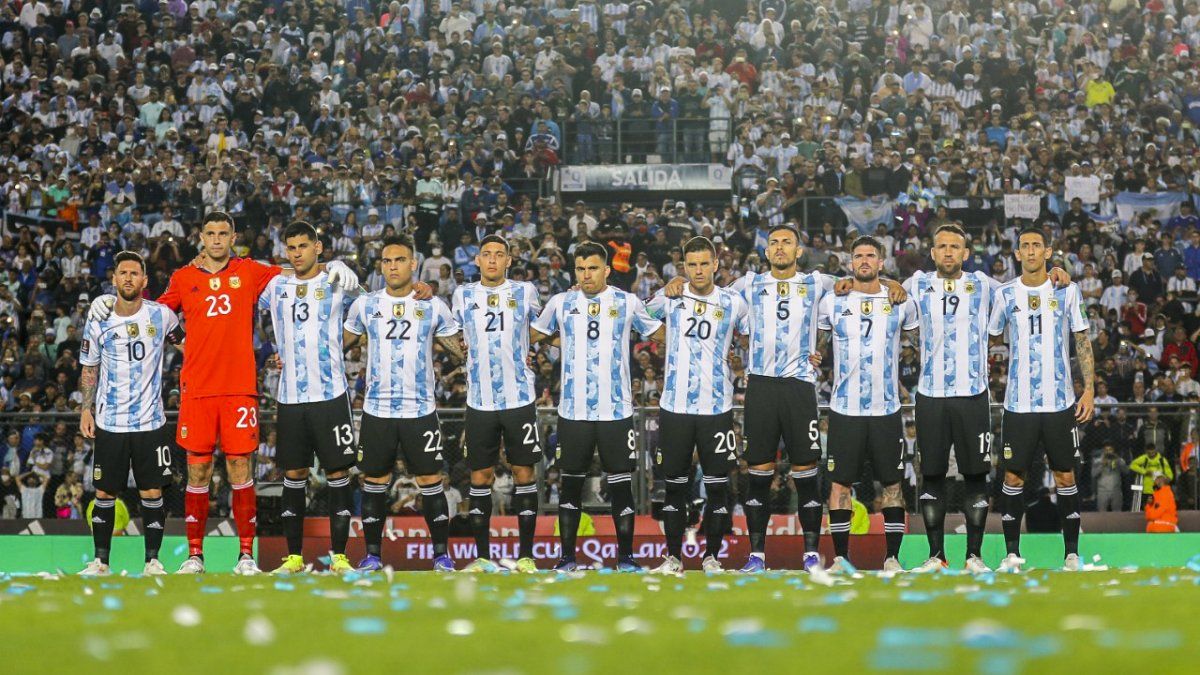 To the Worldcup! Argentina drew with Brazil and achieved qualification for Qatar 2022 how much your fortune amounts to after your retirement – GENTE Online 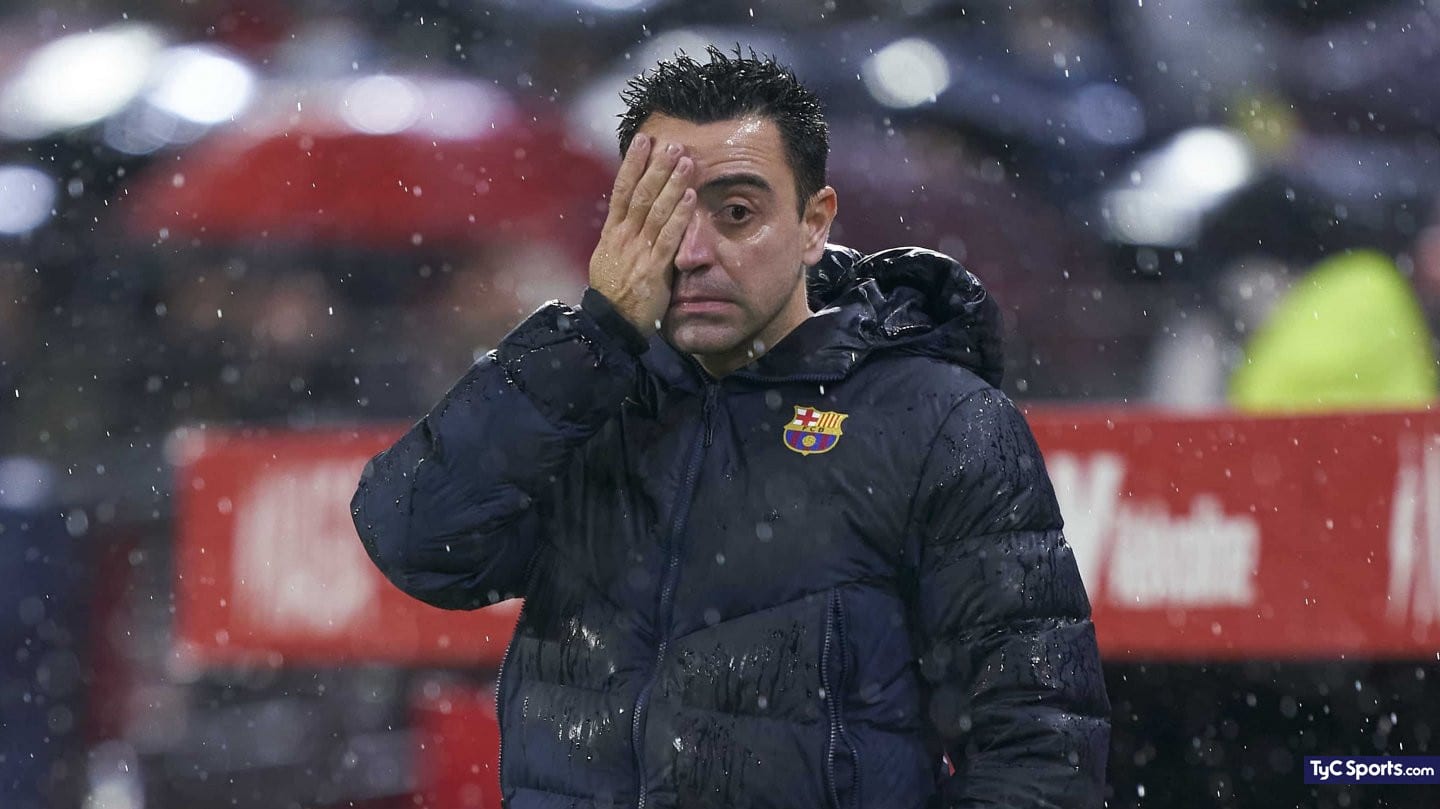 Leo Díaz, the goalkeeper who debuted in the Superclásico: spicy dart against Cardona for the penalty he punched and the details of the dialogue with Gallardo