Legend, icon, historical figure, leader. Dictator. President. Revolutionary. Speaker like few others. Fidel Castro It was all that and more, depending on the lens you choose. He was, yes, one of the greatest figures of the 20th century, loved and hated in equal numbers. He died on November 25, 2016 after a long illness. He was 90 years old. AND they wanted to kill him 600 times.

Megalomaniac and cunningFidel, as everyone called him (there was no other), was that figure who transformed an international summit into his own show. He was that character everyone wanted to pose with. He could give speeches for hours or interviews for hours and captivate.

Castro had turned 90 on August 13, 2016 and was in a delicate state for a long time. The last images of Fidel are from November 15 of that year, when he received the president of Vietnam, Tran Dai Quang, at his residence.

Already in April, at the XVII Congress of the Communist Party of Cuba, Castro had delivered a speech that sounded like farewell. “I will soon have to turn 90 years old, such an idea would never have occurred to me and it was never the result of an effort, it was a whim of chance. Soon I will be like everyone else. Our turn will come to all of us.”

The ravages of an intestinal disease and a long and enormous life were finally carried away by Castro. Instead, none of the hundreds of assassination attempts planned by the CIA and other enemies could do it.

Some plots were movie-worthy: explosive cigars and poisoned smoothies.

Fidel suffered from “colon diverticulitis”, an inflammation of the diverticula, in the final section of the intestine. This caused a major hemorrhage in July 2006, while flying by plane. Illness pushed him out of power.

He went through various operations and complications.

The world began to speculate that the Cuban leader had cancer. But the Spanish doctor José Luis García Sabrido, from the Marañón hospital in Madrid ruled out this disease.

The serious intestinal ailment, which cornered him against death, stripped him of his olive green uniform and turned him into an old man dressed in sportswear.

Fidel Castro with his brother Raúl Castro, during the closing of the VI Congress of the Communist Party of Cuba in Havana./ EFE

After almost five decades in power, the leader of the Cuban Revolution resigned in 2008 at the beginning of a path towards disappearing.

He spent his last years between convalescence and a few sporadic appearances. His brother Raúl, who succeeded him, announced the news of his death just five years ago, this Thursday.

Fortune and “other surprises”

According to Forbes, Fidel Castro he was one of the richest leaders in the world with a chest valued at 900 million dollars.

Fidel during a meeting with students in Havana, in 2010. Photo: Reuters

The publication of this information received a harsh response from the Cuban government and Castro himself, who accused Forbes of “libel” and of spreading an “infamy.”

With the death of Fidel, Forbes recalled the figure again and also drew up a list of “the 10 surprises about the extravagant life of the Cuban leader.”

For example, Castro outlived 10 American presidents. And while he didn’t live in a palace or have streets named after him, he lived more extravagantly than the world knew.

Fidel he was not modest.

“The life of luxury attracted Castro to him, but for security reasons, the personal and paranoid life of Castro and his residences became well kept secrets. Even the Cubans did not know where he lived, “Forbes wrote.

Castro was constantly moving so that he would not be killed. But the end of the days was spent in one place, at the so-called Zero Point, his secret residence on the outskirts of Havana.

It is true that Fidel Castro Ruz, the son of Spanish immigrants, he was born on August 13, 1926 and became the man who would mark Cuban life and be a dramatic influence in Latin America for half a century.

Educated by the Jesuits, he was noted for his ability to speak and his rebellion. In 1945, he entered the University of Havana and there he received his Doctor in Civil Law and graduate in Diplomatic Law.

In 1951 he married Mirta Díaz Balart, with whom he had already had a son, Fidel Castro Ruz Balart, in 1949. That same year he assumed the leadership of the Orthodox Party, which he founded with Eduardo Chibás.

A year later, with Fulgencio Batista in power, he accused the de facto government of violate the Constitution.

Raised in arms, on July 26, 1953, he attacked the Moncada Barracks in Santiago de Cuba, as well as the Bayazo Barracks. The operative “it was a failure” and ended with half of the attackers killed.

Fidel managed to flee but was arrested and subjected to a trial in which he assumed his own defense and, sentenced to 15 years in prison, uttered his famous phrase: “History will absolve me”.

Secluded on the Isle of Pines, in May 1955 he obtained a presidential amnesty that allowed him to go into exile in Mexico.

There he regrouped forces, raised funds for an incursion into Cuba and his younger brother, Raúl Castro, introduced him to the Argentine Ernesto Che Guevara, with whom he planned the landing on the island and the start of a guerrilla outbreak in Sierra Maestra.

The intelligence services had alerted Batista, who ordered the dispatch of troops to prevent the landing. The few survivors regrouped and entered the Sierra Maestra, from where they began legendary resistance that little by little gained support in society.

On January 1, 1959 they entered Havana and Fidel was appointed Prime Minister and Commander-in-Chief of the Armed Forces.

On January 3, 1961, Cuba and the United States broke off diplomatic relations and the Cuban fully immersed himself as protagonist of the Cold War.

Then-President John F. Kennedy led a raid on the island by a group of Cuban exiles that was rejected in Bay of Pigs. It was then that Fidel proclaimed the socialist character of the Revolution and in December declared himself a Marxist-Leninist. Washington, in retaliation, imposed a commercial blockade that lasts until today.

Fidel was ratified several times as general secretary of the Communist Party of Cuba. Throughout almost half a century of history, opposition groups have emerged that have criticized the human rights policy and restrictions on freedom on the island. Thousands of Cubans they fled by sea to the American shores.

Today, without Fidel, a new movement seeks to break chains with this long history. The mid-year mobilizations in Cuba to the rhythm of “Homeland and life” they took the regime by surprise.

And although new and more recent attempts at opposition marches were muzzled with threats of jail and persecution, the seed towards that transition that Fidel always avoided naming it could already be planted. 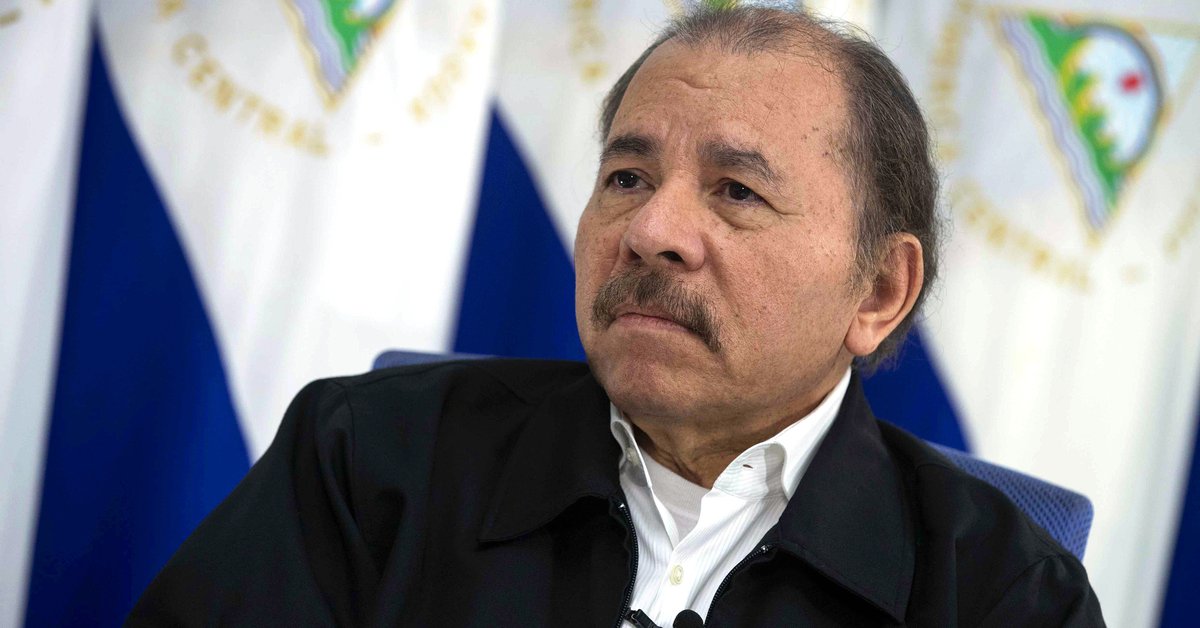 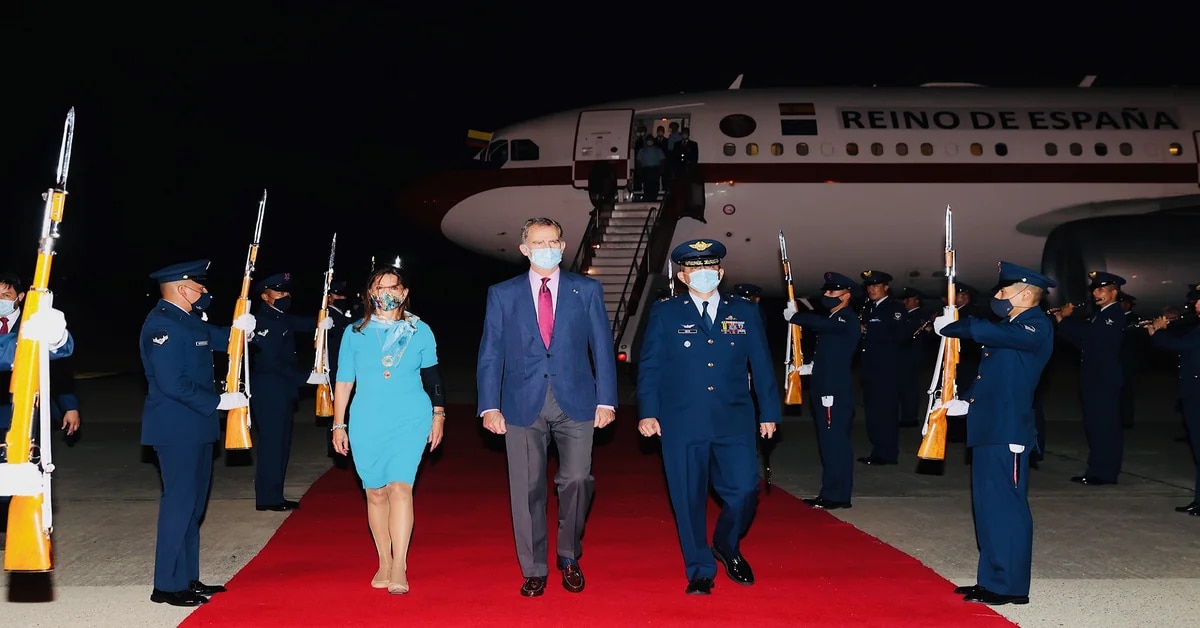 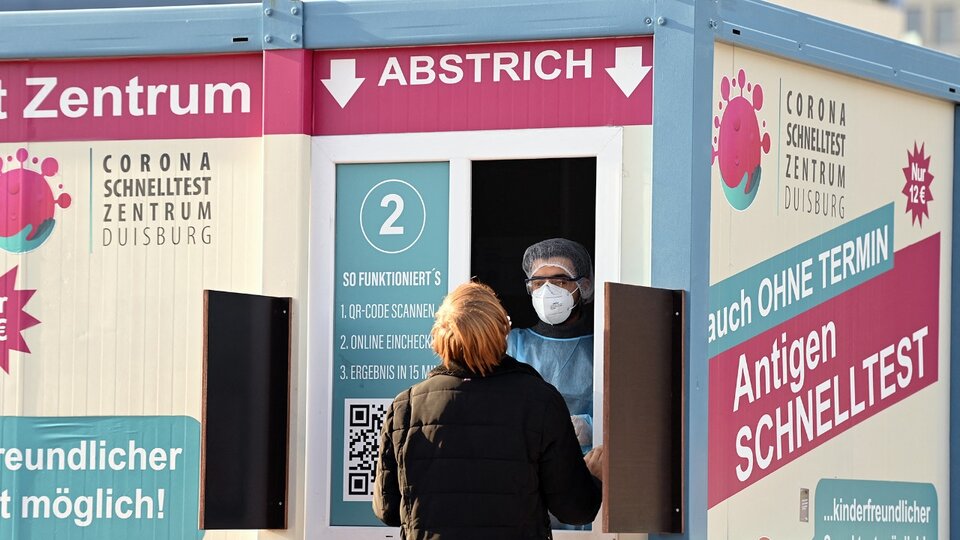 Germany: cases continue to increase and restrictions will be extended to the unvaccinated | It is the country in Western Europe with the lowest percentage of vaccination Wave of raids in Italy against an anti-vaccine group