Four giants are fighting for the most coveted project in Hollywood. George Clooney and Brad Pitt are part of it 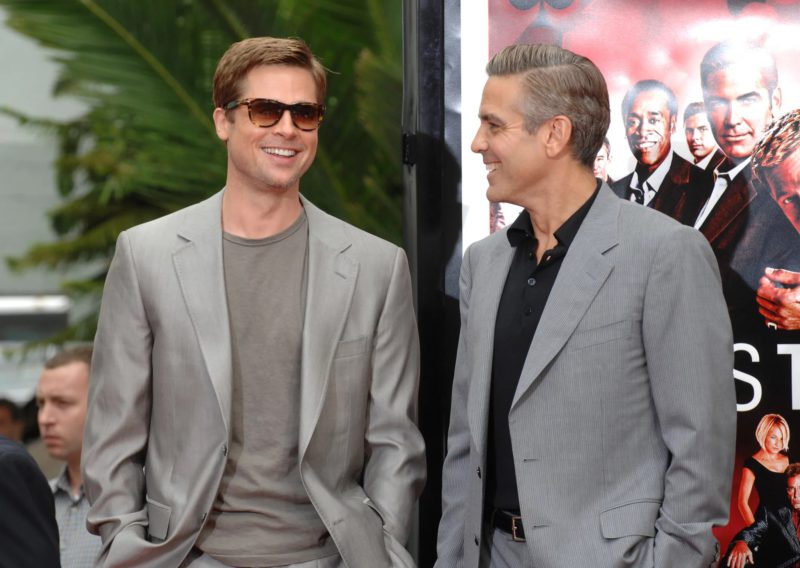 Hollywood’s most coveted project at the moment is being hunted by renowned studios. The cast is tailor-made: George Clooney and Brad Pitt.

The most famous Hollywood studios are trying to get the production in which George Clooney and Brad Pitt will play. The new project looks set to be directed by Jon Watts. Sony, Lionsgate, Apple and Netflix are the ones who want to get the coveted contract.

Watts, the director of “Spder-Man: Homecoming,” will write, direct and produce the thriller with actors George Clooney and Brad Pitt. The two will also produce through their houses, Smokehouse Pictures and Plan B Entertainment. It is considered the best project of the moment, because George Clooney and Brad Pitt will be in front of the camera together after a decade. The two friends have not filmed together since “Ocean’s 11” and “Burn After Reading”.


Who wants to get the Hollywood project?

The contract resulting from this project could bring the two movie stars $ 20 million or more. All studios are interested: Sony, Lionsgate, Apple, Netflix, Amazon, Annapurna, Universal, MGM, and Warner Bros.

Details about the film are not yet known. All that is known is that George Clooney and Brad Pitt are teaming up with director Jon Watts. He works for Marvel on a movie about The Fantastic Four. He will also be the one to sign the contract. It is only known that the actors will play two loners who are entrusted with the same mission.

George Clooney is an American actor, producer, screenwriter and film director. He won the Academy Award for Best Supporting Actor in 2006. After his success with Good Night and Good Luck, Clooney said he plans to devote more energy to directing. Brad Pitt is also an American actor, film producer and social activist. He is the winner of a Golden Globe Award, a Screen Actors Guild Award, four times nominated for an Oscar as an actor and three more times nominated for an Oscar as a producer, once winning the award.

Angelina Jolie, radiant at the premiere of “Eternals” in Rome