Did you know that many ailments or general health problems that you may feel are caused by your intestines or its relationship with food?

With that question the doctor presents himself Facundo Pereyra who in recent years has become a true guru of local gastroenterology. Why guru? Because In addition to being a specialist in internal medicine, gastroenterology and digestive endoscopy, he also uses tools of alternative medicine to arrive at a better diagnosis and cure in his patients.

“I am from Cipolletti, province of Río Negro. I studied medicine at the Universidad del Salvador, did my residency at the Hospital de Clínicas and later did a specialty in Gastroenterology at the Bonorino Udaondo Hospital. I also perfected my studies and knowledge in hospitals in Spain, Peru, and the United States ”, it is described. Pereyra, who studied medicine inspired by the passion of his father, Juan Carlos Pereyra, a renowned surgeon and gastroenterologist, pioneer of this specialty in the region and the first endoscopist in Patagonia, after many years of research and clinical practice he returned to his native Cipolletti where For more than 12 years, it has been incorporating the tools of complementary medicine into daily medical practice, especially naturopathic and functional medicine that is used in much of the world.

The specialist admits that it was his father who “Opened his head” and “put him in alternative medicine” as a way to help patients when traditional medicine does not advance. Thus it was that together they began to investigate mainly the digestive ailments of the people who came to the office.

“It is all in the food we eat and in the bacteria that live in the intestine, called the intestinal microbiota. We see how overall health is affected by gut microbiota malfunction in 2 out of 10 people we serve. And the vast majority are unaware of it. Having the intestinal microbiota in balance is key to avoiding or alleviating chronic diseases, such as headaches, eczema, blurred vision, fatigue, hives, cravings, irritable bowel, fibromyalgia, restless leg syndrome, infertility, premenstrual syndrome, autoimmune diseases such as Hashimoto syndrome and even anxiety and depression disorders “explained to Infobae Dr. Pereyra, who is an ad honorem doctor at the Cipolletti Hospital, where he attends once a week, in addition to attending his private office.

“There are 20 symptoms and more than 100 diseases in which the intestine can be directly involved. A diseased and sensitive intestine that produces a storm of cytokines that make it hypersensitive ”, he completed.

A key organ of the body

“80% of our immune system (which are the cells that defend us against attacks from foreign pathogens) is found in the intestine, therefore it is the basis of many chronic or immune, skin, rheumatological, metabolic or disease diseases. anxiety and depression. It works like a tube with an inner layer of attached cells called mucosa that acts as a filter or barrier to control what is absorbed into the blood: it lets in the good (nutrients) and does not allow the bad to pass through such as toxins or bad food. digested ”.

But in certain people this filter is altered or malfunctioning, due to genetic or other reasons, which causes a hyperpermeable gut, with a large amount of toxins or poorly digested foods that cross that barrier and generate multiple health problems, mainly an inflammatory reaction that leads to a set of symptoms medically attributed to Leaky Gut Syndrome.

“It is a concept that still does not have great importance in traditional medicine because, as a biological marker has not yet been found to determine it, an accurate diagnosis has not been reached. Many times traditional medicine does not have answers for many people who are suffering from it. That is why with the alternative medina, we learn from naturism and functional medicine. To arrive at a solution to people’s problems, “said Pereyra, who highlighted:” Naturism is the science that is based on the self-healing power of the organs. Talk about gluten and dairy intolerance, which are inflammatory foods, for example. And functional medicine seeks the incorporation of healthy habits, self-healing and also the recovery of the circadian rhythm.

“Leaky Gut Syndrome increases the permeability of the intestine, the trafficking of antigens, gluten and poorly digested foods, sugars and dairy products. That ends up inflaming the whole body and makes us live badly in a habitual and repeated way, with a multiplicity of symptoms that we even see days after ingestion “, remarked the expert.

To address this problem, the expert designed a practical and simple program available to everyone to recover the fullness of the digestive system and the general health of people.

80% of our immune system (which are the cells that defend us against attacks from foreign pathogens) is in the intestine – Image: Chloe Yap

This is the MDB 15 program, that fuses traditional medicine with alternative medicine to “reset the intestine in 15 days”And provide relief and improvements to the patient. The method, which can be followed for free, is also patented and is now being carried out as part of a scientific investigation for publication in an international journal.

The MDB 15 program has its free version at Facebook MDB15, and also has its paid version with a personalized guide and patient monitoring by Pereyra and 6 more specialists. Of the proceeds, 15% is destined biweekly to people in need, dining rooms and NGOs.

Pereyra provides help with the new plan, which is free on his Facebook

“The best thing about this Plan is that it allows people, before starting, to self-test their symptoms through a score of points that indicates whether or not the patient is compatible with this syndrome. This way you can select who can benefit from this method. There are 10% of patients who do not respond, so we proceed to cleanse their intestines with medications. We also have a plan C based on neuromodulators, which raise serotonin ”.

Pereyra clarifies that the “MDB 15” Plan does not replace the traditional medical consultation, but it can help many people who do not have a concrete and satisfactory answer to their unresolved health problems.

What are prebiotics and probiotics, and how they help us in our diet
What foods boost the immune system when receiving the COVID-19 vaccine
Five Recommendations to Strengthen the Immune System and Prevent Coronavirus 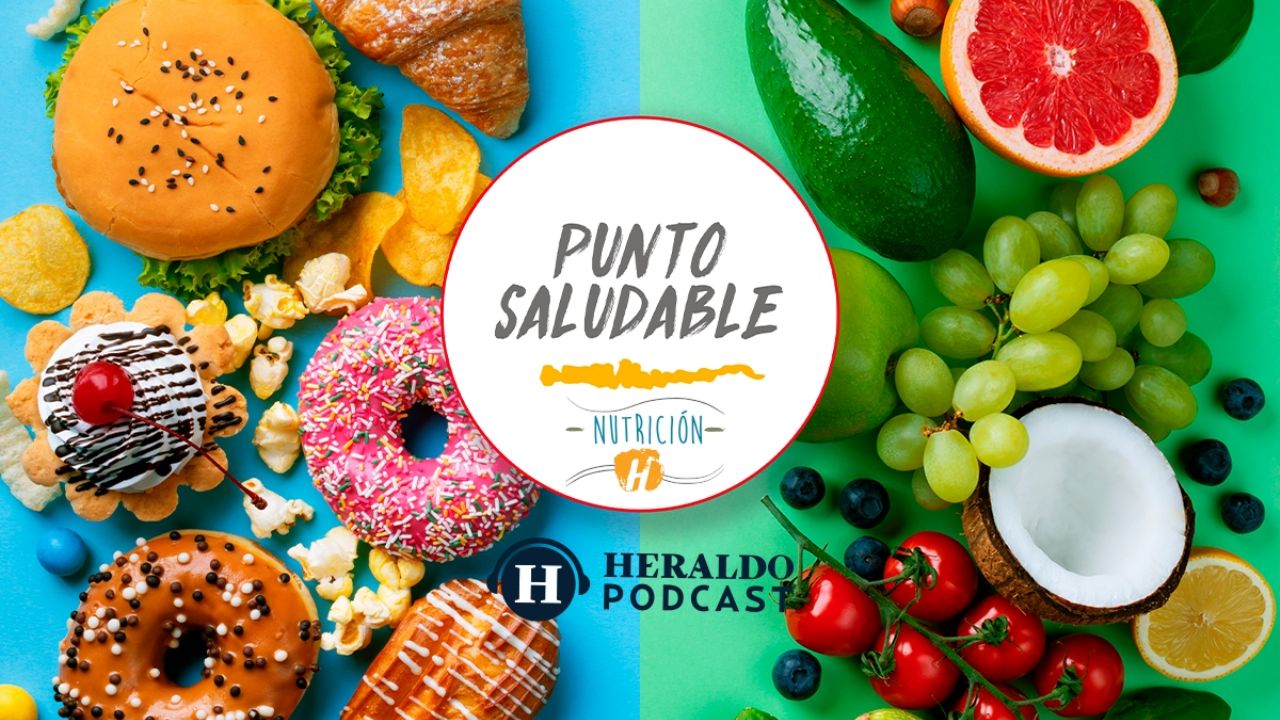 Good and bad foods: Learn about prejudices and their effects on diet and your health

What foods do you have to stop consuming to avoid dementia Those entering Medicine must present a vaccination card 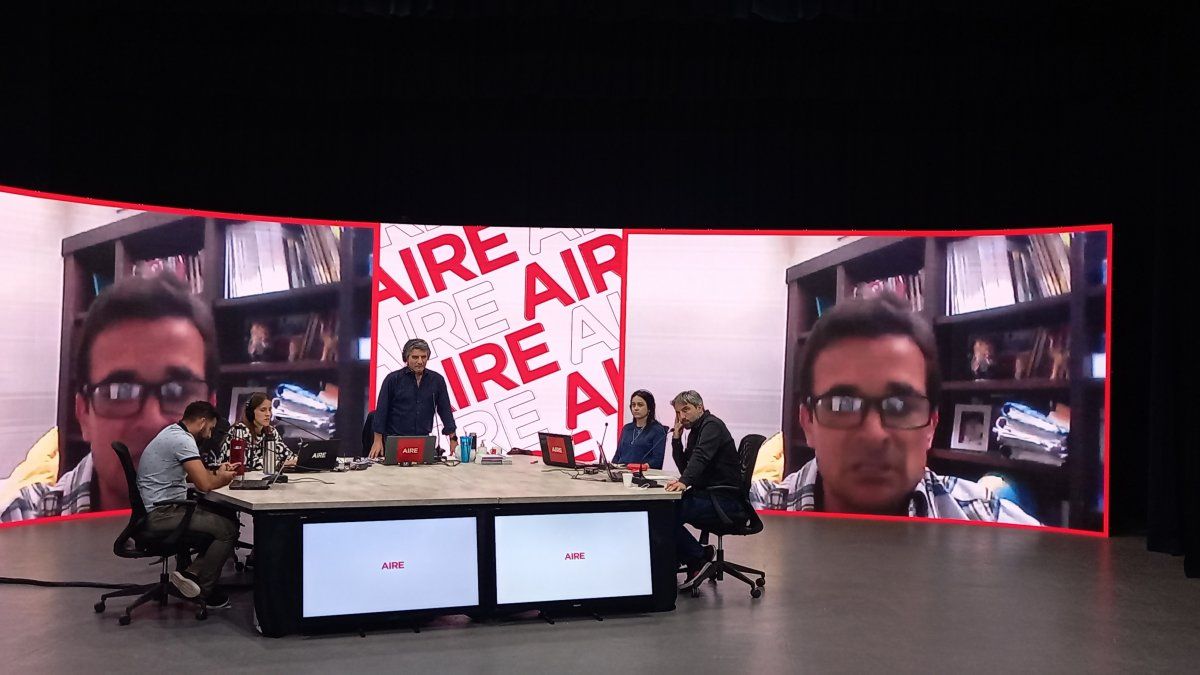 the story of Esperanza that eliminated HIV without treatment