Fulgy, message from Johnny Depp, after calling him his natural father

Fulgy thought of taking advantage of the fact that his parents, Viorica and Ioniță from Clejani, became known to Hollywood stars, especially Johnny Depp, who showed a special admiration for their music.

Clejanilor’s son, after an argument with his famous parents, whom he called “psychopaths”, made a shocking statement, in which he claimed that his real father was in fact the actor Johnny Depp, but not Ioniță.

According to Fulgy, this statement also reached the ears of the Hollywood star, who sent her a personal message on Instagram and which the 23-year-old posted to the story.

Johnny Depp was not at all pleased with Fulgy’s statements, so he sent him a short and vehement message, meant to fine-tune Clejan’s rebellious son.

“Fulgy, go to hell!”, The actor sent to Fulgy, in a private message on Instagram. 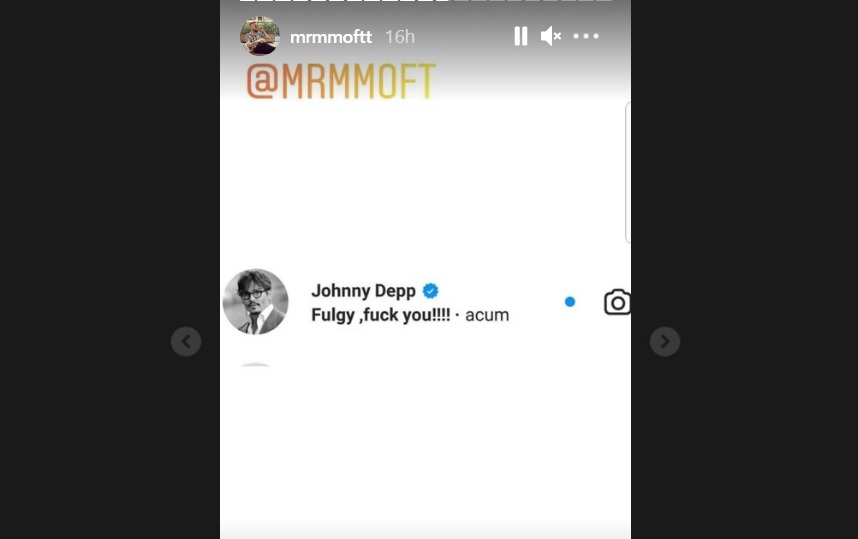 The first concerts in 2021. The Hollywood Vampires concert is scheduled for August 31, 2021 at Romexpo, according to an announcement made by the organizers on Facebook.


The first 500 tickets in each category have promotional prices and can be purchased starting December 14, at 10:00. A total of 10,000 tickets will go on sale.

The Hollywood Vampires supergroup was founded by Alice Cooper, Johnny Depp and Joe Perry in 2015. At the origin of the formation of this band was the desire to pay tribute to all the artists in the rock scene who died of excesses. The Hollywood Vampires released in the summer of 2019 their second studio album, “Rise”, mostly made up of their own compositions.


Share
Facebook
Twitter
Pinterest
WhatsApp
Previous articleActress Meryl Streep’s daughter married Mark Ronson. Grace Gummer and the music producer held the secret ceremony
Next articleJennifer Aniston and David Schwimmer, Closer Than Ever. It is rumored that the actors in “Friends” are a couple