George Clooney and his wife, Amal, caught on the red carpet. What a clothing accident endangered the beautiful brunette’s outfit 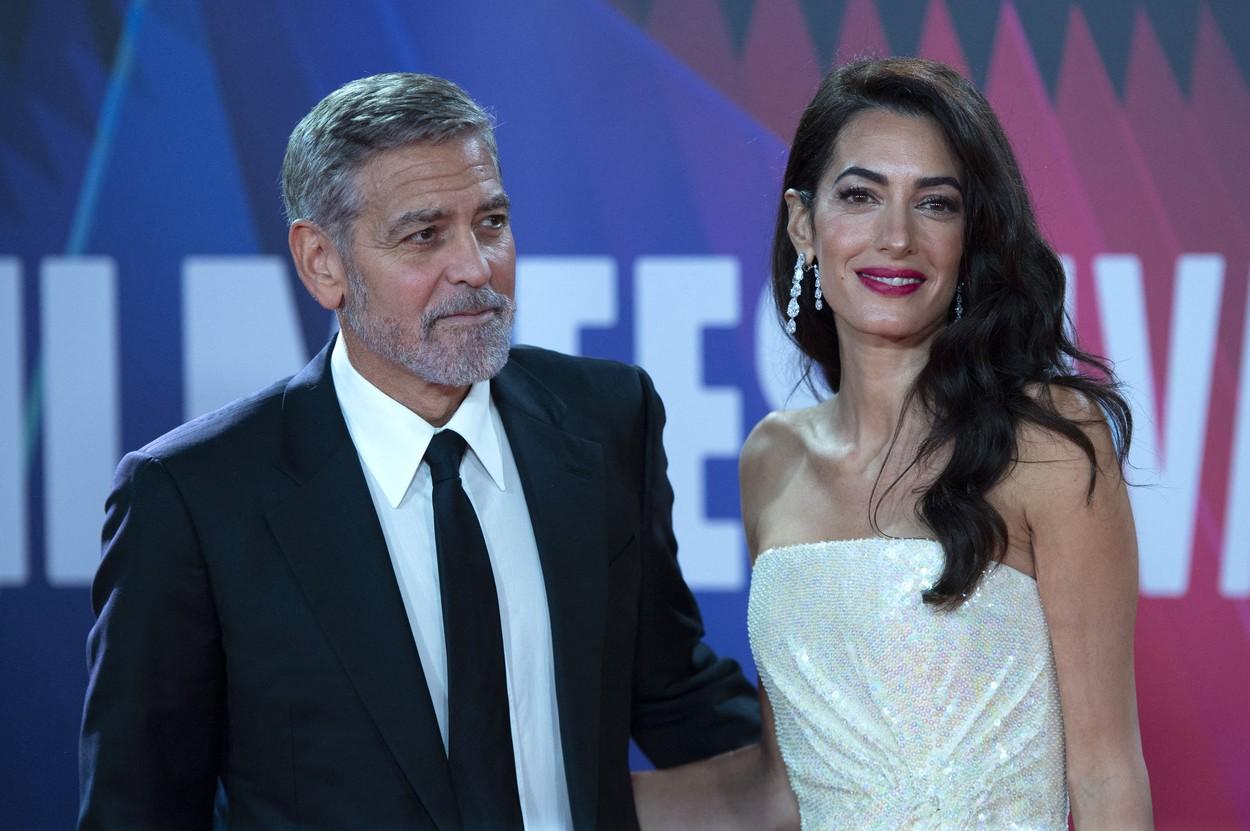 Famous actor George Clooney, aged 60, appeared on the red carpet with his wife, Amal, and she shone in a white dress, covered with sequins.

Her angelic appearance caught everyone’s eye on the red carpet. The beautiful 43-year-old brunette knew how to highlight her perfectly sculpted figure. Although she has passed the age of 40, Amal looks much younger, with an impeccable complexion, without wrinkles, and the body of a goddess.

Amal Clooney, one step away from a clothing accident

Unfortunately, Amal was on the verge of a clothing accident when her heel caught in her long train dress.

Amal accompanied her husband to the premiere of The Tender Bar, a film he produced himself, in collaboration with Ben Affleck, according to the Daily Mail.

The white, strapless dress, covered with sequins and down, made her shine. Amal chose a simple make-up with red lipstick, and her hair was styled in light curls. George Clooney wore a black suit, looking as good as ever.

Read also: George Clooney, unrecognizable. The incredible transformation he went through for the role in The Midnight Sky

Amal was about to tear her dress when one of the heels got caught in the train. Her husband helped her, being right next to her when the incident happened, holding her hand until the dress was rearranged.

The new film featuring George Clooney is based on JR Moehringer’s diary. The screenplay for this film began writing in 2013, in 2020, Amazon Studios received the rights to purchase the project, and George Clooney was one of the first actors distributed in the series.


The film will premiere on Amazon Prime on January 7, and will appear in US cinemas on December 18.

George Clooney, among the most generous actors

George Clooney is not only an exceptional actor in Hollywood, but also a real example for society. The star revealed last year why he gave his friends 1 million dollars each.

George Clooney, 60, surpassed any gesture of kindness. Eight years ago, he donated no less than $ 14 million in wealth as a token of gratitude to his lifelong friends.

” I slept on their couches when I was bankrupt. They lent me money when I went bankrupt. They helped me every time I needed help and I helped them over the years. We are very good friends. I thought I wouldn’t have had all this without them, ” George Clooney confessed, according to justjared.com.

After reflecting on his special relationship with his friends, George Clooney seized $ 14 million, which he stored in 14 suitcases. Thus, each of his 14 good friends received one million dollars.


Share
Facebook
Twitter
Pinterest
WhatsApp
Previous articleThe marble sculptures of the Parthenon must be returned to Greece / They were sold 200 years ago to the British Crown, which has since exhibited them at the British Museum
Next articleAdele, about the US real estate market: What I have in Los Angeles I could never afford in London