But how is this possible?

How much electricity is consumed?

The data is clear: spending or trading Bitcoin for a year spends close to 91 terawatt hours of electricity per year, an amount higher than the electricity used in Finland in the same period, a country that has five and a half million inhabitants.

For its part, Google consumes a lot of energy and produces CO2 emissions into the atmosphere. All the searches that are made on the platform cause a 2% of the energy consumed in the world in a year. With each search, 0.2 degrees of carbon dioxide is emitted into the atmosphere.

This demonstrates the huge amounts of electricity that use cryptocurrencies. Its origin comes from a group of people who wanted to create an electronic form of payment similar to cash and with which there would be no intermediaries such as a bank or a third party.

In 2009 with a simple computer You could mine a Bitcoin, but today, you need a room full of specialized machines that consume a lot of energy. Managing these currencies without a central authority requires a great deal of computing power.

Any type of transaction with Bitcoin must be validated by the Bitcoin network. This is done for the seller to make sure that the money he receives is real. It is in this whole process when much of the electrical energy is consumed.

That is why the more computers there are in operation, the more operations can be done with cryptocurrencies. Also, these computers they must be fast, which makes them consume more energy.

In its first days of life you could without any problem mine a Bitcoin from your own home, something that right now is already impossible. Little has had to improve the mining systems since it was required faster and more powerful.

In addition to the computers themselves, you also need have a large space and cooling systems to prevent mining equipment from overheating.

Cryptocurrency operations they have consolidated so much that now only seven mining pools have almost 80% of all computing power on the network.

China at first was one of the countries where Bitcoin was mined the most, but since it began to take energy measures, its participation in mining it has been reduced by 75%. On the other hand, the US has increased by 16% your stake in cryptocurrency mining. 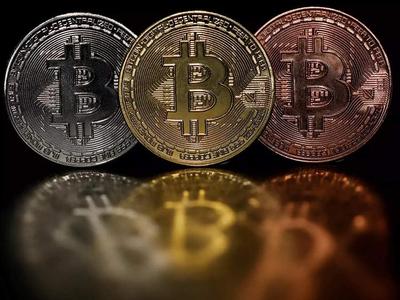 The fact of using so many products that use electricity makes whate electronic waste is generated in the long run. In fact, calculations say that Bitcoin has generated more e-waste than many countries.

Some miners have tried to use renewable energy sources to mine cryptocurrencies and thus have a lesser impact on the environment, but it seems a very complicated mission to achieve it. Bitcoin mining is connected to fossil fuels, power grids, and emissions.

Selena Gomez appears with a new piercing and breaks the networks!

‘Buy Now Or Regret Later’, Analyst Predicts Up To 30% Rise For Bitcoin, Ethereum And Cardano By CoinTelegraph