Actor Emilio Insolera was born in Buenos Aires. He is married to a Norwegian model and they feel part of the deaf culture

If one is guided by the Royal Spanish Academy, “deafness” it means “Deprivation or diminution of the faculty of hearing”. But that definition is cracked into a thousand pieces when he meets Emilio Insolera, who was born in Buenos Aires in 1979. He moved with his parents to Italy at age 10, and then to the United States. Now the mecca of Hollywood cinema opened the doors to act in the film Agents 355 along with Penelope Cruz and Edgar Ramírez, among others. Insolera is proud to be deaf from birth as are his parents, brother, wife, and two daughters. “Deafness is a culture and it is not a disability. The deaf are simply people who use a visual language, “he said. when interviewed by Infobae with the support of a sign interpreter who speaks in English.

Bleak was summoned in 2019 to participate in the film by the well-known actress and producer Jessica Chastain, who starred in Interstellar, among other films. He took on the role of a bad hacker in Agents 355, which opens January 20 in Latin America. When asked what obstacles he had to overcome to get to Hollywood, the actor prefers to consider his performance as part of a great process of change that the film industry and society in general are doing to open up to the diversity of people who always existed, but before they were less visible on the screens.

“The film industry is opening up more to diversity, including deaf people, migrants, among others. By incorporating deaf actors, especially with large roles, they will also need to include deaf people in the future in the roles of sign language consultants, assistant directors and cameramen, ”he added.

From left to right, Diane Kruger, Jessica Chastain and Lupita Nyong’o, three of the protagonists of the spy film Agents 355, in which Emilio Insolera participates

One of the situations that Insolera experienced as a child was that the media were not prepared to include deaf people. “All television programs, from cartoons to news, advertisements, series and movies did not have sign language incorporated or were subtitled during my childhood,” remembered.

“Up to 6 years old, children need to watch programs through sign language because they are still too young to read the subtitles. For those over 6 years old, subtitles can work ”, he pointed out. “When I was a child and sign language and subtitles were not used, we followed the image without understanding anything about the conversations. Our imagination filled the void of the dialogues that were made, “he said.

“When I was seven, my father bought the VHS VCR. It was a historic moment for us because we were able to rent videos. Most of those films were in the original language and with subtitles. They were not subtitled for the deaf, but it was a benefit for us, “he mentioned.

“I remember like it was yesterday that my father rented three videos. One of those movies was “Dog Day Afternoon,” a bank robbery story with Al Pacino. It was not a movie for minors and there was a lot of dialogue. My family got bored while I was the only one to stay to see it until the end just because there were subtitles. It was the first time that I was able to follow the film and feel connected to the protagonist. That filled my parents with pride and happiness. From that moment, they did not stop renting three movies a week simply for our educational good, “he said.

After living in Italy with his family during his teens, Insolera received a scholarship from Fulbright Program / Roberto Wirth to pursue a BA in Linguistics and Film from Gallaudet University, Washington DC, which is an arts college for the deaf. He also completed a master’s degree in Mass Communication with an honorary degree from the University of Rome La Sapienza, in Italy.

He took a liking to acting and the world of cameras and production, but he did not imagine his present. “It was unimaginable to see deaf people act in films or produce them, not even the idea was within me.” Upon completing his college studies, he settled in New York City and worked for MTV, Time Out New York, and ELLE. Now, he lives for a time in Italy and another time in the United States.

Insolera wrote, directed and produced the feature film “Sign Gene: The First Deaf Superheroes”, which he shot in Japan, the United States and Italy. There he left his mark: superheroes are deaf and have the ability to create superhuman powers through the use of sign language. By making the sign of a revolver with the fingers, the hands actually transform into pistols that fire bullets or fire. Or by making the sign of the word ‘close’, the doors are closed. That film was screened at the Cannes Film Festival in 2018.

In the film Agents 355, each actor communicated in different ways with Insolera, including sign languages

In the new film, Agents 355, Insolera decided to work without an interpreter. “I will test the first days with the team and if I have difficulties I will let them know,” he told the producers. Days passed and things were so fluid that he decided to continue like this. “Every person, from the cast to the production team, had their way of communicating. Some did it through gestures. Others communicated through lip reading in English or Italian. Other members through texts written by the iPhone phone “, he commented.

“The nice thing was that Jessica Chastain knew the manual alphabet while Sebastian Stan, another member of the cast, used the basic of American Sign Language,” he said. “A beautiful moment that I keep in my heart was when Penelope Cruz called me to introduce me to her husband Javier Bardem, their children and in particular Leo, who gave me a surprise: he said his name through the manual alphabet ”.

Insolera’s character in the film is called Giovanni Lupo. “He is the type of person who like many deaf people in real life were able to reach a very high level on their own. It is not explained in the film but perhaps thanks to his deafness, Lupo perhaps had higher communication barriers and isolated himself to a great extent connecting with technology. Technology became his best friend, “he commented.

“I liked participating in Agents 355” because it is a film that included several languages, from English, German, Spanish to Chinese and American Sign Language. Each language has its space for expression, exactly as is real life and our work team ”, he said.

300 different sign languages ​​are used in the world, recognized the United Nations (CUARTOSCURO.COM)

In the world, According to the United Nations, there are approximately 70 million deaf people. More than 80 percent live in developing countries and as a group they use more than 300 different sign languages. Insolera encourages a better recognition of Deaf Culture. “Sign language is also a human language. It is for everyone really and not only for the deaf. I hope to see it more and more spread. Perhaps it helps everyone not to limit themselves to just one mode of communication. It is another form of linguistic expression that completes the other, ”he said.

“The issue that remains to be resolved is how governments, public and private companies can keep up with the rapid pace of technology to provide the service to citizens who opt for an exclusively visual form of communication. The other issue is to create a total connection between two languages ​​with different modalities: spoken language and sign language. At the moment, the interpreter is the only mediator. Receiving this service is a right but everyone does not receive it 100% due to a lack of standards ”, he said.

According to the United Nations, spoken languages ​​and sign languages ​​have the same status. States must promote the linguistic identity of the deaf community (EFE)

Years ago, the United Nations made a declaration in favor of the official recognition of sign language. “But not all countries – especially developing countries – have yet made that progress that can contribute to the full inclusion of deaf people. For 20 years, the Argentine Confederation of the Deaf (CAS), which groups together associations from all over the country, has been working for the National Congress to officially recognize the Argentine Sign Language “, precise. It saddens him that two initiatives that had been presented in the Chamber of Deputies and three other bills in the Senate have not succeeded. “As of today, the Confederation is promoting a popular initiative campaign to create a draft Federal Law on Sign Language”, Insolera said that he is closely following the situation in his native country.

In addition to cinema, in 2019, Insolera collaborated with “Striscia la notizia”, an Italian satirical television program on Channel 5. And before he had fallen in love with the Norwegian model Carola Insolera, whom he met in Tokyo and is now the mother of their daughters. Insolera promotes an increasingly inclusive world. His favorite proverb is “Never judge a book by its cover.”

To promote Deaf Culture, the actor has collaborated with organizations such as LISMedia and the Mason Perkins Deafness Fund for the realization of various media resources in sign language. It also produced the first Italian sign language dictionary in video format. Now he is happy that the film Agent 355 opens in Latin America this month, and hopes that there will be a sequel with more participation of his character. What do you recommend to overcome adverse moments? ” Infobae. The actor replied: “Listen actively, analyze the conflict and discuss calmly.”

In an unprecedented ruling, a deaf male couple succeeded in adopting a child with a disability: “He filled us with love”
The life of the hard-of-hearing writer who managed to find a place in a not very inclusive world
He is a molecular biologist and suffered from depression, but nobody believed him: he studied more about the brain and was able to get ahead 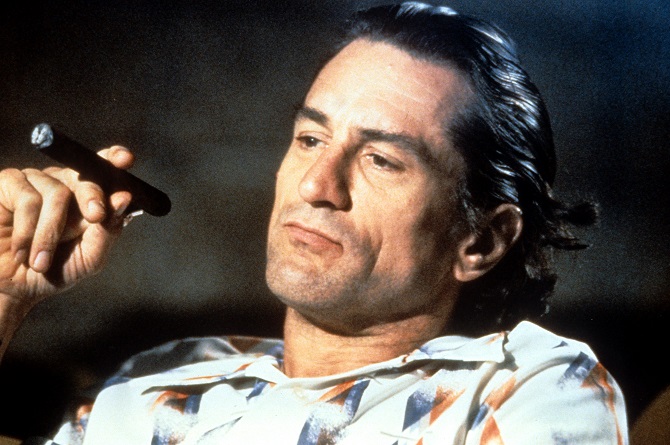 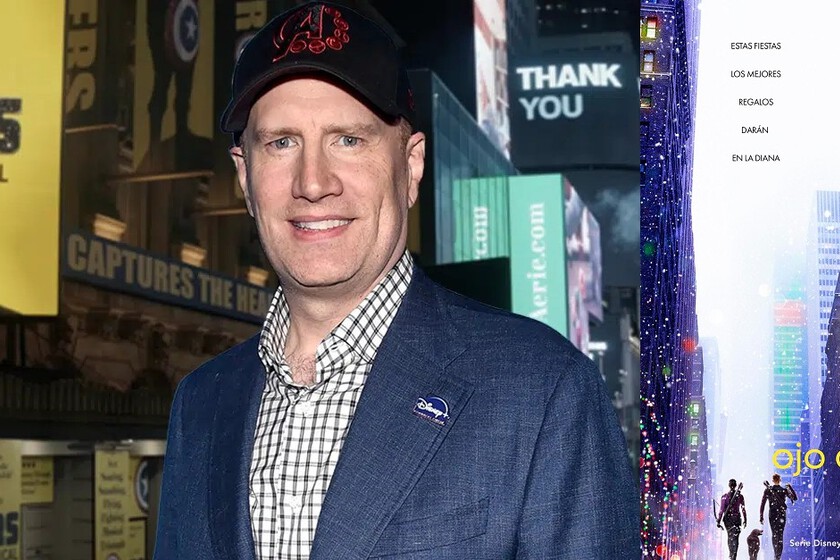 “It was a breath of fresh air after dangers that could end the world and messes in the multiverse, that ‘Hawkeye’ is a series about the family.” Kevin Feige 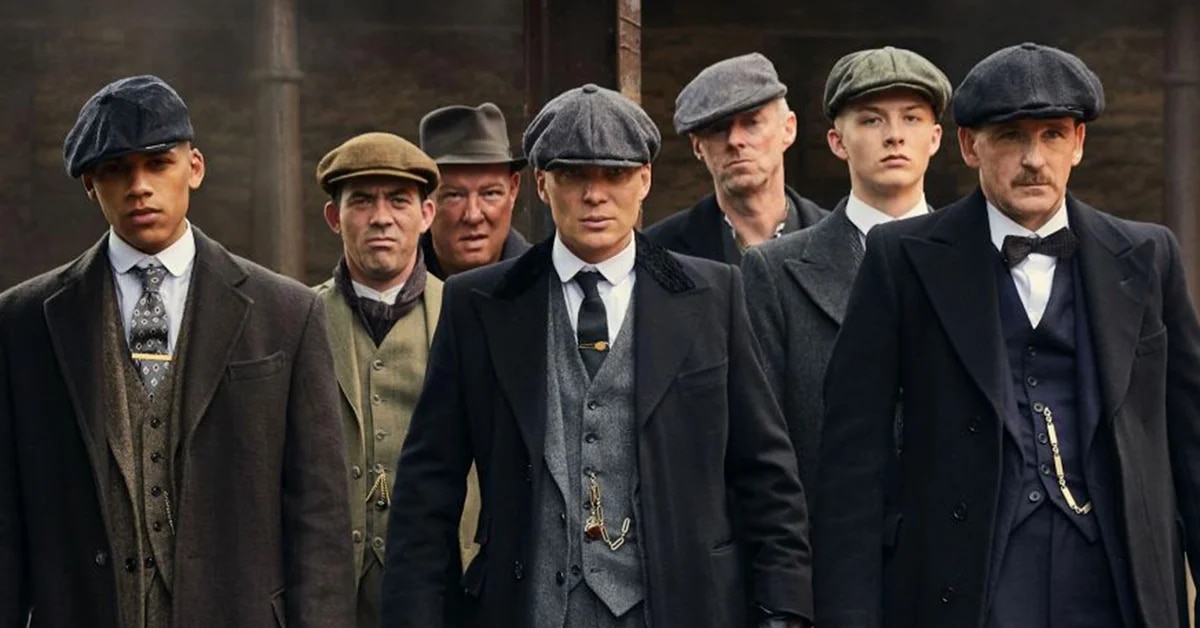 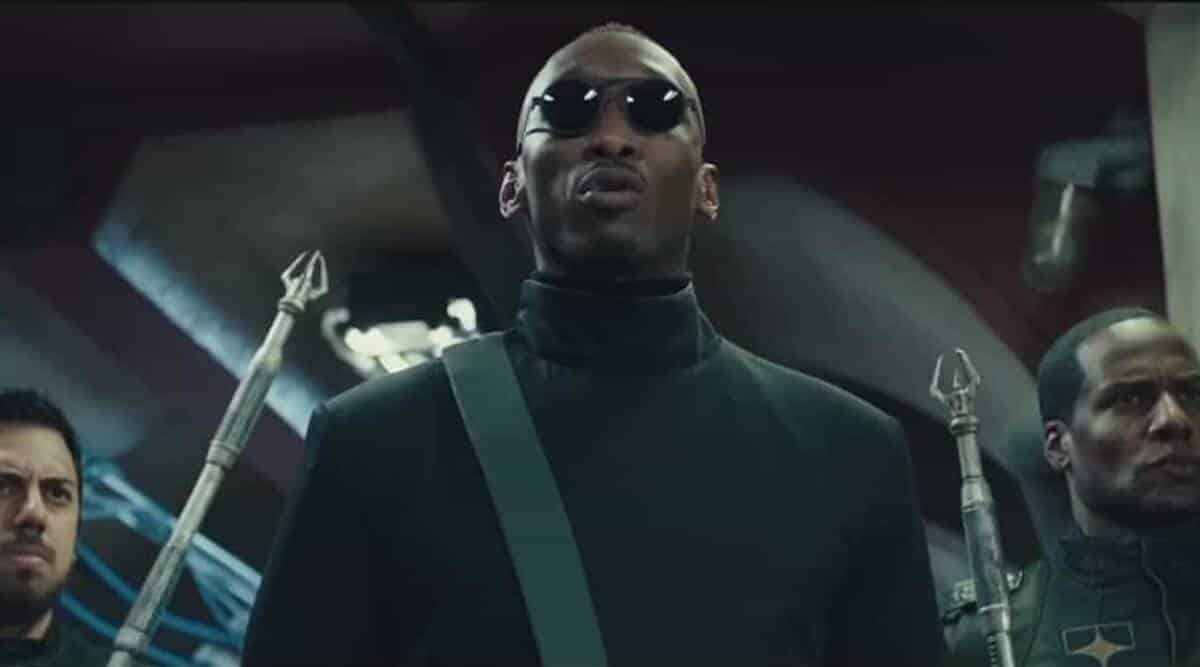 Mahershala Ali talks about Blade’s MCU debut with the Eternals