All people should ask their doctor, at least once in their life, for tests for hepatitis A, B and C (Getty)

The Hospital de Clínicas carries out the great initiative of reconnecting with patients who tested positive at some time, but did not return to the consultation. We are talking about the Hepatitis C, a serious illness that can be cured to the 98% of cases in a few weeks

Hospital is implementing a re-linking project with patients diagnosed with hepatitis C, reviewing the clinical records file of the Division of Hepatology to contact those who have not returned to the consultation and are not cured, so that they do so as soon as possible.

In addition, they practically reduced 7 to 2 the number of visits required from the diagnosis to the start of treatment and the medication request was digitized, which simplifies the entire process and prevents many patients from being left on the road, as has been the case.

They are presenting these advances and discussing the challenges of today’s medicine in the 4th Symposium of Gastroenterology and Hepatology: ‘Road to an interdisciplinary medicine’, what organizes today and tomorrow the Medical Association of the Hospital de Clínicas for health professionals.

The experts of the Hospital de Clínicas will present today the preliminary results of this initiative called “Relinking to the medical care of patients with hepatitis C”, that is carrying out its Gastroenterology Service. The project, which is in full development, consists of the revision of the clinical records archive of the Hepatology Division to reconnect with patients who had been diagnosed with the disease, but who did not follow the path until they were cured.

“WHO challenged its members to eliminate hepatitis C by 2030 and our country is taking steps along that path, but given the difficulty due to the ambitious nature of this objective, this initiative that we are implementing in the hospital is part of the complementary strategies of ‘micro-elimination’, which consist of helping to eliminate the virus by going to look for it in specific communities that are at higher risk ”, said Dr. Esteban González Ballerga, a hepatologist, Head of the Gastroenterology Service of the Hospital de Clínicas ‘José de San Martín’.

The program began on January 1 of this year and is in full swing, but more than 700 medical records have already been examined, of which 71.2% were without follow-up EFE / José Jácome

The program started on January 1 of this year and is in full development, but more than 700 medical records, of which the 71.2% was without follow-up. Of this group, 240 were contacted by telephone and 48 were candidates for treatment, 2 were diagnosed with hepatocellular carcinoma and another 2 were referred for transplantation (others were being followed up in other institutions, some had died and others did not want to return to the clinic. query).

“It is a scalable project for all health institutions in the country and in the region, with an enormous potential health impact. Our Ministry of Health makes systematic purchases of medication, so access to the cure is not exclusive to those who have social or prepaid work. Quite the contrary, today those without health coverage access in a timely manner”Added Dr. González Ballerga.

According to the Pan American Health Organization, more of 7.2 million people have hepatitis C on the continent and in 2019 caused near 125,000 deaths from cirrhosis of the liver or liver cancer. In South America, around 2 millions have hepatitis C and in Argentina, although encouraging data such as the decrease in the incidence rate of this virus are observed (1.59 cases / 100,000 inhabitants in 2015 vs 1.19 cases / 100,000 inhabitants in 2019), it is estimated that its impact on morbidity and mortality continues to be highly significant.

The hepatitis C virus represents a threat to the health system, both because of its transmissibility and because of its mortality and associated disease burden, linked to the development of chronic hepatitis, cirrhosis and liver cancer. Despite the advancement of modern hepatitis C medications, which cure practically 100% of patients within a few weeks, a systematic review of the available evidence showed that of those who are aware of their diagnosis (who are only 4 out of 10 carriers virus), only 16% started treatment.

Why would someone with a diagnosis of hepatitis C allow themselves to be faced with a disease that is cured in a few weeks? Dr. González Ballerga explained the reasons: “Some are unaware of the severity of their condition and the damage it is doing to their liver; Others were overwhelmed by multiple bureaucratic obstacles and systematic denials from their healthcare provider; Some believe that the current therapeutic approach remains as it was 15 years ago, with prolonged treatments, with many adverse effects and low chances of cure, and they are unaware that there are new drugs that are free and cure everyone in 8 or 12 weeks.”.

Shorten the path to the cure

Therefore, as a complement to the strategy of relinking patients, the Hepatology Division of the Gastroenterology Service and the Immunology and Clinical Virology Department of the Clinics, in conjunction with the Malbrán Institute and the Coordination of Viral Hepatitis of the Ministry of Health of the Nation, They are developing the ‘reflex test’, a pilot strategy to significantly reduce the steps (and the number of times the patient has to go to the consultation) from diagnosis to access to treatments.

In a single visit, with a single blood draw, hepatitis C serology is performed and, if positive, the viral load is determined with the same sample, which is confirmation of the disease. The number of medical visits required from diagnosis to delivery of treatment was reduced from practically 7 to 2 and the medication request was digitized, which simplifies the steps and prevents patients from being left on the road, as was the case before.

Dr. González Ballerga remarked that this measure “It equalizes and offers the same opportunities to all, because it does not distinguish according to the degree of progression of the liver disease, or the socioeconomic condition or whether or not the person has medical coverage.”

It is intended to replicate this scheme throughout the public health system at the national level. “It is the first protocol to simplify the diagnosis of hepatitis C implemented in our country and the information obtained allows us to open new paths for the improvement of interventions, the identification of barriers in access to health, the assessment of interdisciplinary work and the approach health from a rights perspective ”, he stressed.

The 4th Symposium of Gastroenterology and Hepatology: ‘Road to an interdisciplinary medicine’, is organized today and tomorrow by the Medical Association of the Hospital de Clínicas for health professionals

They were made from July to now 2335 requests for hepatitis C studies at the Clinics, of which 87 were positive (3.7%) and, of these, 70% had a detectable viral load. The mean time from the initial test to the start of treatment was 37 days. This strategy was developed in the context of a pandemic, but that was not an impediment to articulate new networks and strengthen existing ones.

Towards an interdisciplinary look

The symposium that is taking place, in its 4th edition, aims to address the complexity of current medicine, where the need for interdisciplinary work is increasingly evident. For this reason, this scientific activity is aimed primarily at clinicians, hepatologists, gastroenterologists, infectologists and diabetologists. The contents of the agenda are also varied; In addition to hepatitis C, they will address other axes such as gastrointestinal infections due to the bacterium Clostridium Difficile, how to avoid liver biopsy, fatty liver in diabetes and colon cancer and diabetes.

They find a key piece for the development of vaccines against the hepatitis C virus
The incredible story of the Argentine people who crushed hepatitis C with solidarity
Hepatitis C, the silent disease that affects half a million Mexicans and only 5% know it 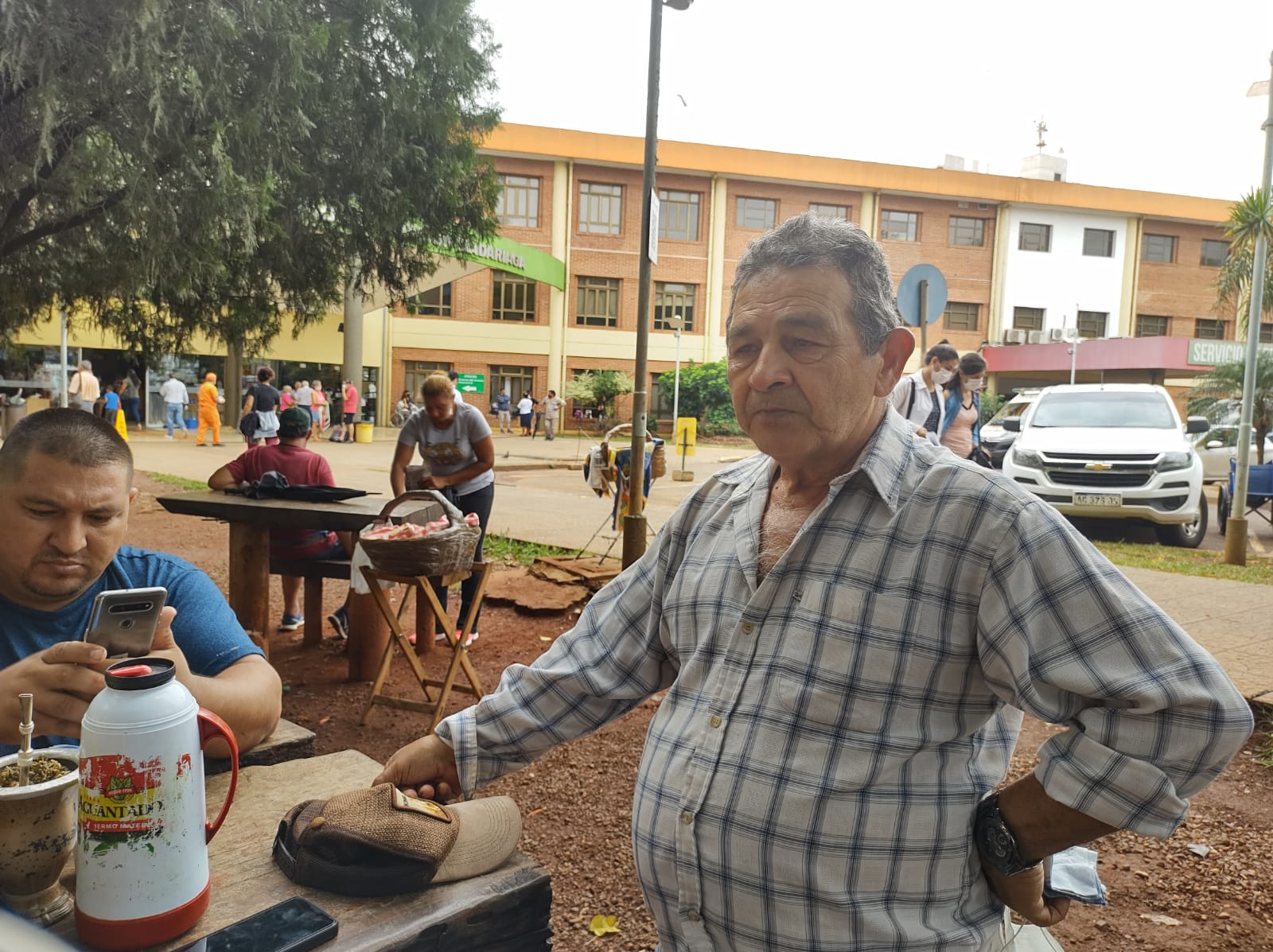 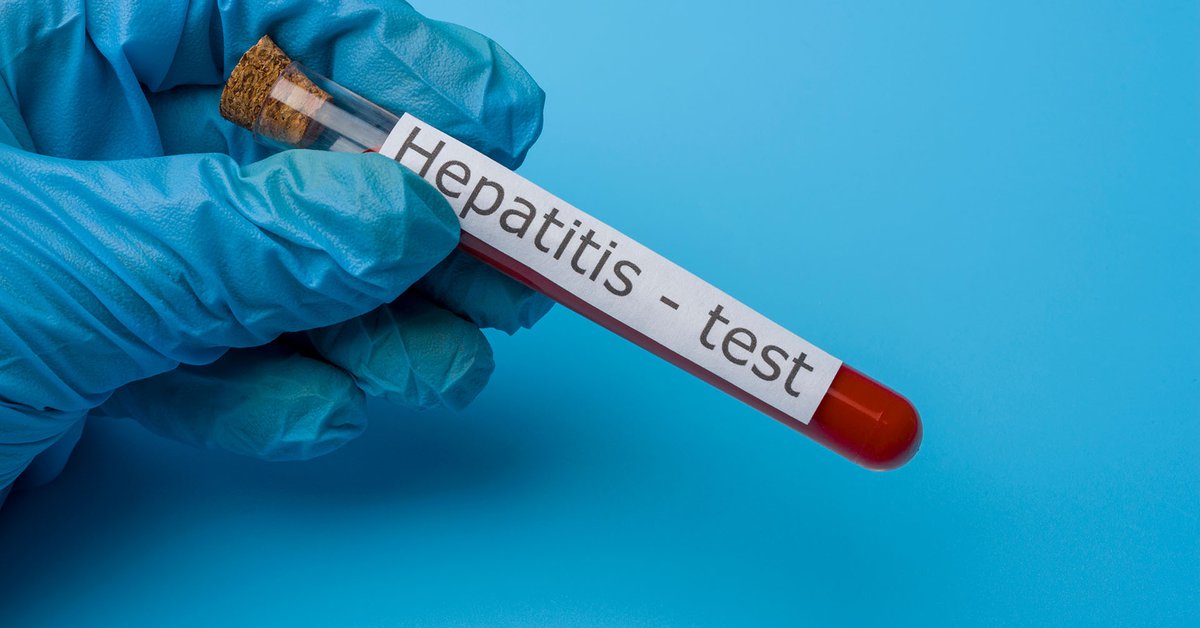 Hepatitis C: the importance of prevention and follow-up of patients who have already tested positive

They developed a platform in support of medicine