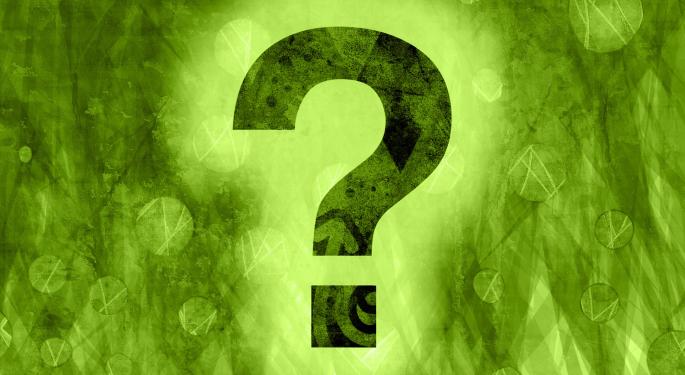 HEX (CRYPTO: HEX), a cryptocurrency associated with a project that claims to be the first certificate of deposit of blockchain, has skyrocketed in market capitalization to rank ahead of Cardano (CRYPTO: ADA), Solarium (CRYPTO: SOL) and Dogecoin (CRYPTO: DOGE), according to CoinMarketCap data.

At press time, Hex had a market capitalization of nearly $ 79.1 billion, according to CoinMarketCap. 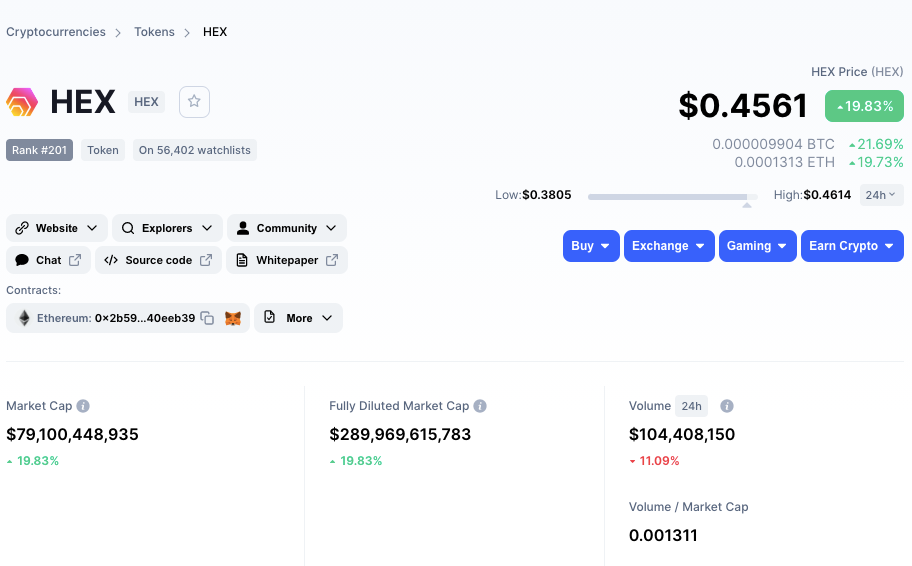 This would put the coin ahead of ADA, which had a market capitalization of $ 77.7 billion at the time of this writing, and make it the third-largest cryptocurrency by that metric.

It should be noted that other data providers such as Messari Crypto and Coingecko They do not provide a market capitalization metric for HEX as of press time, nor do they include it in their lists of top cryptocurrencies.

On Wednesday night, HEX was considered the fourth largest cryptocurrency by market capitalization on CoinMarketCap. Benzinga visited the price tracking website of the exchange of cryptocurrencies Binance to check if it was an anomaly, but had not received a response as of press time. HEX disappeared from the list of the top 100 cryptocurrencies an hour later, but the market capitalization continues to be reflected with an amount that would place it above Cardano.

According to CMC data, HEX has also surpassed DOGE’s market capitalization, which has soared 4,365.1% year-to-date to rank # 8 on the cryptocurrency price tracking website’s list. .

This is a major promotion for a project whose disclaimer page reads: “HEX is not a security. In reality, there are no currencies, they are just numbers in a distributed database. In reality, nobody receives anything ”.

The disclaimer concludes with a most somber and direct warning: “You will observe that all the previous text goes on to say that you must have absolutely no expectations of any kind with respect to anything, and if something goes wrong, you should not seek compensation. anywhere, nor should you receive any ”.

Information from Cointelegraph dating from May 2020 noted that “true believers” in HEX claimed on social media that the whales had gambled a lot, and since the project rewards them, it was not a scam.

On the other hand, the cryptocurrency media mocked HEX, founded by Richard-Heart, and they claimed it was worthless and an outright scam, Cointelegraph noted at the time.

Supposedly among the critics is the podcast host PeterMcCormack and the writer of Bitcoin Magazine, Vlad Costea.