“Homosexuality is not authorized”, sentenced Nasser Al-Khater, president of the organizing committee of the Qatar World Cup 2022 in an interview he gave to the CNN when he was consulted about the repressive policy that the emirate has on the rights of people in the LGBTQ + community.

In this sense, the executive assured that all the people who so wish will be able to enter the nation of the next World Cup, although he pointed out that “Public displays of affection are frowned upon and this applies to everyone”, and used the word “I respect” when he explained that this is what Qatari society will demand of its visitors.

“Qatar and the neighboring countries are much more modest and conservative. This is what we ask the fans: to respect. We are confident that they will. Just as we respect different cultures, we hope that they are respected ”, warned Nasser Al-Khater at a time when guaranteed the safety of LGBTQ + visitors and married gay couples.

This was assured by Al-Khater when asked about the situation of the Australian footballer who on October 27 openly declared that he is gay, while later on he said he was afraid of going to Qatar because of the severe penalties that people from Your condition. “I read that in Qatar they apply the death penalty to gay people. It is something that I am very afraid of and it makes me not want to go there “, the footballer had pointed out in dialogue with the podcast Guardian’s Today in Focus.

In this regard, Al-Khater replied: “On the contrary, we welcome you here in Qatar, we even invite you to come visit the country before the World Cup”, responded the person in charge of the event. Nobody feels threatened here, nobody feels threatened (he reiterated). Qatar is a tolerant country. It is a welcoming country. It is a hospitable country. I believe that this perception of danger is due to the multiple accusations and news that give a negative view of the country “.

Jail and even the death penalty: the punishment in Qatar for homosexuality

Homosexuality is illegal in that country and is punishable, to begin with, by up to three years in prison. According to a report released by Amnesty International, 69 UN member states still criminalize sexual acts between adults of the same sex (67 by explicit legal provisions and 2 de facto).

In six of them – Saudi Arabia, Brunei, Iran, Mauritania, Nigeria (12 northern states) and Yemen-, the death penalty is a legally prescribed punishment. In five others – Afghanistan, United Arab Emirates, Pakistan, Qatar and Somalia- that sentence could be imposed following certain legal or religious codes such as, for example, the interpretation of the Sharia, which is the law of the Islamic religion that includes a set of alleged commandments of Allah regarding human conduct, but there is less legal certainty about the situation.

On the deceased migrant workers in Qatar

Finally, when asked about the number of workers killed in the framework of the works for the World Cup, the man launched a formal response: “People should also recognize the responsibilities that Qatar has taken to progress, enact laws, and protect the rights of workers and their well-being ”.

It is worth mentioning that a recent report by the International Labor Organization (ILO) found at least 50 deaths and half a thousand serious injuries in 2020 among immigrant workers in the country. 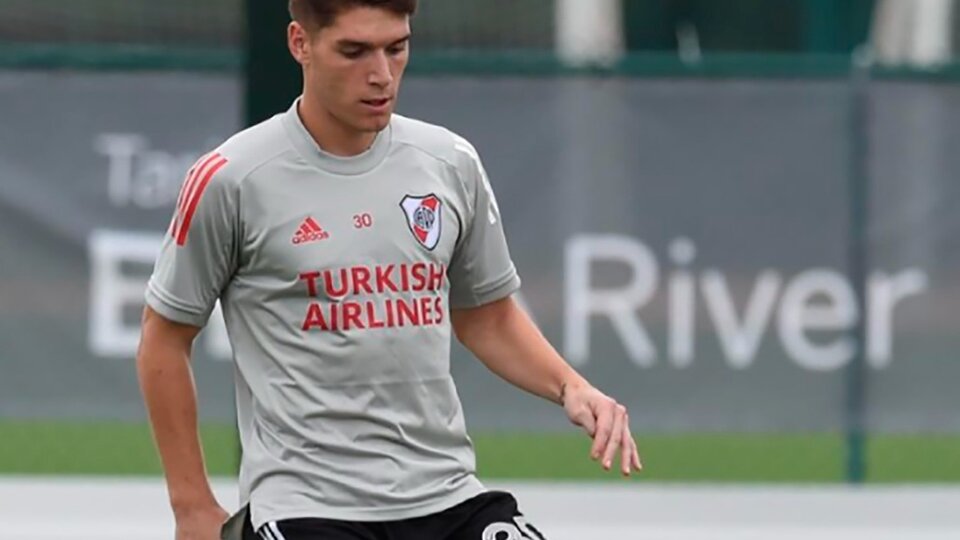 River loses Benjamin Rollheiser due to a tear | The attacker had been a starter; Peña Biafore will be operated on Thursday

Emotional tribute to Maradona at the Ballon d’Or ceremony – Football

Problems for Independiente at the start of the preseason

The Argentine team that loves Lisandro López: “We are hoping that it can happen,” said Sarmiento de Junín’s manager.