Xiomara Castro, presidential candidate of the Freedom and Refoundation Party (LIBRE), gives a message after the closing of the general elections in Tegucigalpa, Honduras, November 28, 2021. Salvador Nasrala. REUTERS / Jose Cabezas

The leftist Xiomara Castro was recognized on Tuesday as the winner of the Honduran presidential elections by the ruling National Party, to which her main adversary, Nasry Asfura, belongs., to whom it surpasses by almost 20 points with little more than half of the votes counted.

Castro, from the Libertad y Refundación (Libre) party, adds 53.49% of the votes and will become the first woman to govern Honduras. It is followed by Asfura, with 33.98%, when 52.07% of the votes were counted.

“Today you can see the climate of peace and tranquility that exists in the country, even though the National Party has not been elected at the head of the government,” the secretary of the Central Committee of the ruling National Party, Kilvett Bertrand, told Radio América.

“We wish the best of success to those who have won the elections”, He added in his statements. He said that “with their heads forward and upright” they will continue to “work hard and from the opposition, to take care of democracy” in the country.

In the next few hours, the losing candidate, Nasry Asfura, is expected to speak.

The count progresses slowly in view of the fact that the material that remains to enter the system arrives physically. While the first half of the total arrived in digital format, as detailed by the National Electoral Council (CNE).

Castro, wife of former President Manuel Zelaya (2006-2009), overthrown by a right-wing civic-military alliance due to his rapprochement with Hugo Chávez’s Venezuela, promised “a government of reconciliation.”

Honduran presidential candidate Xiomara Castro, from the Libertad y Refundación (Libre) party and wife of the country’s former president Manuel Zelaya, speaks during the closing of her campaign, on November 20, 2021, in the city of San Pedro Sula (Honduras). EFE / Str

The arrival of Castro to power will end a 12-year hegemony of the National Party and will replace Juan Orlando Hernández, who ends his second term amid allegations of drug trafficking in the United States.

In these general elections, Libre also won the mayoralties of the two largest cities in the country, Tegucigalpa (capital) and San Pedro Sula. The pro-government candidates have already acknowledged their defeat.

On the other hand, The US government said Tuesday that it is “looking forward” to working with Honduran presidential candidate Xiomara Castro, said the head of US diplomacy for Latin America, Brian A. Nichols..

“I am hopeful that in Honduras we will see the kind of changes that we have been asking for,” Nichols said at a hearing by the US Senate Foreign Affairs committee.

The US diplomat recalled that Castro has promised that he will confront corruption and tackle the causes that lead thousands of Hondurans to migrate to the United States., in addition to promising that he will fight for better jobs with better salaries for the Central American country.

“We are looking forward to working with her on all that,” said Nichols, who was in Honduras last week and met with the presidential candidates.

Supporters of Xiomara celebrate on Monday, a day after the elections, what was already shaping up to be a triumph. REUTERS / Jose Cabezas

Castro will assume power on January 27, 2022 and will succeed Hernández, whose government has been peppered with complaints and accusations of corruption.

His brother, Juan Antonio “Tony” Hernández, was sentenced last March to life imprisonment plus another 30 years in prison in a Manhattan court (New York), where it was pointed out that his criminal activities had been sponsored by the State of the country itself and he was accused of having “asphyxiated” the Central American nation.

In addition, the Manhattan Prosecutor’s Office considered that there was a clear connection between the activity of “Tony” Hernández and the Honduran president, whom he accused of being “at the center” of the drug trafficking that passes through the Central American nation.

In response, the president has alleged on numerous occasions that the US accusations on drug trafficking are “false”.

Key elections in Honduras: for the first time a woman can be president and the current one could end up in prison
The bribes that a drug lord gave to President Juan Orlando Hernández at the government house of Honduras
The president of Honduras invents a war with El Salvador for an islet less than a kilometer in the Pacific
The 4 Hernández brothers and the National Party: step by step, how a narcocriminal network took power in Honduras The tragic story of Víctor Escobar: today he will undergo the first euthanasia for incurable diseases in Colombia Sunlight and air, the basis of a revolutionary jet fuel 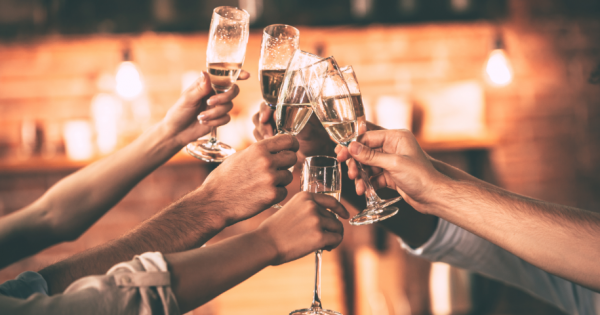 Do you work on 24 and 31? Several companies have already defined whether those days are non-working days