The artist Pinto with the most promising musical, Rubén Tajuelo ‘Rosco’, is immersed for some months in his new project: Hotel Flamingo. A group of country and pop rock, that has formed next to Andrea Guasch, singer, actress and couple of the pinteño.

The name of the group is not trivial, it is the hotel where Ruben and Andrea spent their first night as husband and wife after getting married in Las Vegas less than a year ago. “It was the most tacky that was, all pink, with bright color, neon lights… it was perfect”, has fun Andrea. Both of them agreed that the name of their musical duo was to have a relationship with the one trip that changed their lives.

So they created the Flamingo Hotel. “It began with an initial idea a lot more small. At first we wanted to record one or two issues but when we present it to our music producer told us, ‘guys, I think that it is worth doing a musical project”. Rosco and Andrea will present their first child on Saturday January 18 in the hall of Independence at 20.00 hours.

Obsessed by groups such classics as The Beatles, Eagles, Expensive King, Creedence Clearwater Revival, or artists more modern such as John Mayer and The Sisterhood Band, the two musicians have created an album that reflects the musical style country, with influence of soul and pop styles (from Guasch) and the rock (empire of Rosco). “All these singers so you’re going to find in the Flamingo Hotel –account Rosco-. It can be a song, a principle of genre pop but with arrangements that suggest that we listen to that music, which is what we like”. 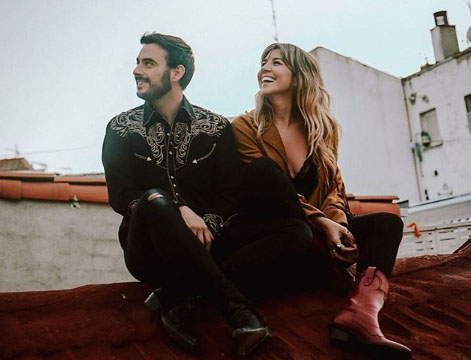 Vocal harmonies that stray from what produced up to now by the musician pinteño. “I’ve always been quite romanticón”, confesses Rosco and seat Andrea. “I am very soft. I really like the rock but I am very shy. Although now work with it, as it was before. If it is true that in the Flamingo Hotel, there is a point of excitement. I remember recording one of the songs that speak of the trip that we did for the deserts of the USA and when I was recording the voice in the studio I was excited to relive it. Yes it is not something that I had never gone”.

In the era of reggaeton and trap, the Flamingo Hotel is “music of truth” -“of the playing surface, not the chunda-chunda,” notes Rosco-. “It is not the style of music that is sold. We believe that the best people want something different. But also we have because it is something that we like and at the end you have to do what you like and what you think”, says Andrea. “I was able to make a reggaeton or bailarte a twerck but it is not I want!”.

“Music-making in this country is easy and I think that we also have an ease initial that others do not have,” explains Reuben, and adds: “how complicated is that the music that we make has an exit”.

Andrea Guash has been working in the entertainment world since she was a child as the protagonist of a series of Disney Channel. She has also starred in the latest edition of the musical ‘Today I can not lift’ and as an actress she has participated in tv series, feature films and theatre. She and Ruben share the stage in the musical ‘The call’. 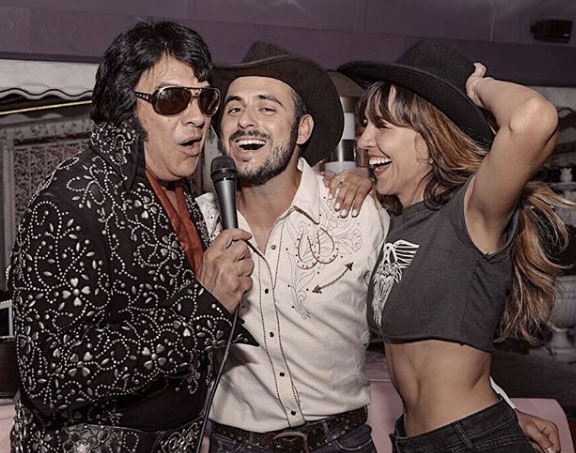 “I’ve always sung for music and for tv. That’s why getting to know Ruben for me has been a giant step forward: until now I had never sung as Andrea. Now I really naked on stage, I’m Andrea singing and if they like or if they are not judging Andrea is not a character that I play”, has excited the artist.

Reuben, who in recent years has given the final leap to the professionalization of music –music tours with artists of the stature of Rosana, Alvaro Soler, Blas Cantó, or Sofia Ellar, performances in the Wizink Center of Madrid, acknowledgments to his group ‘The Details’ as the best Spanish band tribute to The Beatles, star of the television program ‘The Voice’…- has decided to park your personal project to focus on the Flamingo Hotel. “I wanted to do something with someone, and I chose Andrea. Within a few years I’ll come back with mine with a disk more powerful, with a lot of rock,” says the pinteño.

The experience on the scenarios of Rosco has been a great support for Andrea. “With your help I’m finding on the stage, in how I want to be me,” reveals the singer. “I’ve always had in mind the opinions of friends and peers in my music, but I did so when I already had the song. Now Andrea and I do everything together from the beginning. The end result is better than if you work by yourself”.

US President-elect Joe Biden bursts into tears during his speech …

“I have the impression that you just want ken”: the inappropriate remark of Cyril Hanouna to a guest