‘Hotel Transilvania 4’ will premiere directly on Amazon without going through theaters, after a millionaire agreement with Sony

The fourth film in the ‘Hotel Transilvania’ animation saga, whose premiere is scheduled for October 1 of this year, will not finally go through theaters. The film will be seen directly on Amazon, after this company signs an agreement with Sony Pictures Animation, according to Variety. In this way, it will be this platform that makes the sequel to the film, entitled ‘Hotel Transilvania: Transformanía’ available to its subscribers. 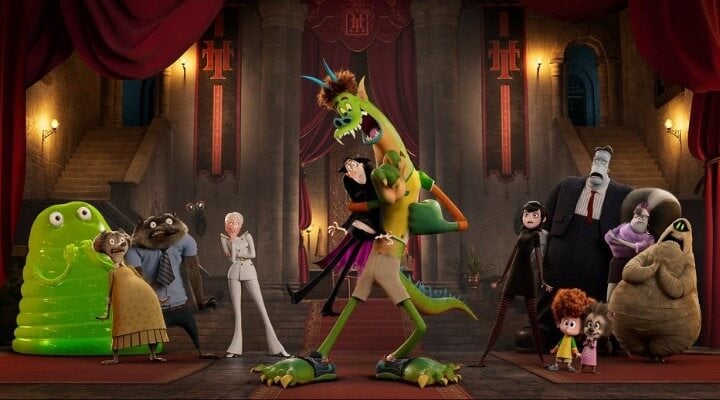 This deal estimated at more than $ 100 million This is due to the increase in the United States in cases of the new Delta variant of the coronavirus. Sony would fear that the uncertain situation and the lack of vaccines for those under 12 years of age would affect the film’s box office collection. That is why he would have decided that the best option is to sell the film to Amazon for distribution around the world. The studio would continue to retain the rights to the domestic format, as well as its television broadcast and exhibition in China.

This film is not the only one that has suffered the consequences of the Delta variant of COVID-19, since a few days ago Sony also made the decision to postpone the premiere of ‘Venom: There will be slaughter’ for the same reason. The film was originally scheduled for release on September 24 and has now been moved to October 15. The studio has also in recent months entered into numerous agreements with some of the main streaming platforms, to which it has sold some of its productions without going directly to theaters. This is the case of films like the imminent ‘Cinderella’, starring Camila Cabello and which will be seen directly on Amazon on September 3.


Other recent cases are the animated films ‘The Mitchells against the machines’ and ‘Live’, which Sony has sold to Netflix, both premiering this year on the platform. This, together with this news regarding the fourth installment of ‘Hotel Transilvania’, means that animation will have a very low presence in theaters this year.

Synopsis of the film

The film receives the title of ‘Hotel Transilvania: Transformanía’ and It promises to be the last installment in a saga that began in 2012. The film brings us back to the character of Dracula and his daughter Mavis (who is voiced by Selena Gomez again), as well as many of the characters we already met in previous installments. These characters must face an absolutely terrifying situation when they come across a mysterious invention that suddenly turns them into humans.

The film is directed by Derek Drymon (screenwriter of ‘SpongeBob’) and Jennifer Kluska and has an important change from the previous ones, since It will be the first time that Dracula does not have the voice of Adam Sandler. The actor voiced this character in previous films in the series, but is now replaced by Brian Hull.

‘Hotel Transilvania: Transformanía’ It is scheduled to premiere on October 1.