The weakening of reserves is further deepened if one takes into account that in December Argentina must make a payment of US $ 1.9 billion to the IMF

The liquid reserves of the Central Bank this week were one step away from drilling the US $ 800 million, after having to sell some US $ 750 million so far in November, according to private calculations.

The data were released by the Economic and Social Reality Study Group (Geres), and partly explain the strong negative reaction which kept the market this week.

The central bank reported on Friday international reserves of US $ 42,273 million, but they include deposits from savers and other assets that, in theory, the monetary authority can not get hold of.

The weakening of the level of Bookings it deepens even more if one takes into account that in December Argentina must make a payment of US $ 1.9 billion to the IMF.

Faced with this deterioration, the BCRA it stopped intervening in the financial dollar market, which explained that for the first time the price of cash with settlement exceeded that of blue.

The interventions at a loss in the market made by the BCRA Before the legislative elections, they deepened the distrust of investors.

Added to this are the growing doubts among analysts about the possibility of reaching an agreement with the IMF.

In this scenario, the Minister of Economy, Martin Guzman, flatly rejected a devaluation that, for the market, is getting closer and closer.

The BCRA closed the week after the elections with a loss of another US $ 60 million of its reserves on Friday in interventions on the dollar spot market.

The market is increasingly concentrating its attention on the level of BCRA liquid reserves, a piece of information that the monetary authority keeps completely secret.

Operators of the Buenos Aires Stock Exchange indicated that the government has yet to show a plan to reduce imbalances, because otherwise mistrust will continue.

They further explained that this plan exceeds one toin agreement with the IMF, and should include a decreasing path of the fiscal deficit, reduction of the exchange gap, incentives for foreign investment and removal of subsidies on the economy.

There is concern, too, because the inflationary inertia remains beyond price freeze announcements.

In November, analysts expect the inflation is again above 3%.

In addition, the year is expected to close with a escalation of more than 50% in the price index.

This projection will exert a very strong pull on the cost of living from 2022.

The consulting firm LCG warned that in this scenario the economy recovery Set for 9% this year, it will have very little chance of staying even half that level the next.

“The growing inflationary inertia is very risky for an economy that accumulates fiscal, monetary and relative price imbalances“, he indicated.

The country risk is located in the area of ​​1,750 points, which reflects the distrust of the debt bonds and the repayment capacity that the country has.

While inflation is heading for the 50% annual zone, andl dollar it only rose just 20%, which is also a reason for questioning by economic analysts.

Before being Minister of Economy, Martin Guzman He always warned of the enormous damage to the economy by letting the dollar lag.

Now most of the economic and financial analysts They are reminding him of those words he used to say when he was not yet a civil servant.

Rubinstein on reserves: “The BCRA uses those that are not its own”

The Bookings fell to negative territory and the central bank it is using currencies that are no longer its own, warned economist Gabriel Rubinstein.

In the week before the elections, the Dolar blue reached $ 209, until the BCRA It went on sale for almost $ 300 million on Friday and lowered it to $ 200.

“What we call net liquid available reserves is the concept that is used to measure them day by day in the market, they are around one billion negative dollars,” he warned. Rubinstein.

He explained that that “means that use reservations that are not their own, for example the reserve requirements of bank deposits “.

Rubinstein indicated that “that which goes to central bank It belongs to the banks, and actually in the fund of the depositors, but the silver is deposited in the Central Bank, therefore tactically you can use it, it is not legitimate, I think it is not legal, but they use it, it is risky and it shows the weakness of the situation. ”

In radio statements, the economist explained that when you have to use something that is not yours, and they did not give it to you to be used for another purpose than to have them there in case a depositor wants the money, the BCRA it’s like borrowing money without the other party having lent it to you. ”

“It is a fanatic but it reflects the weakness of the situation ofl BCRA. Reserves are exhausted and we see that when every two out of three they restrict imports or seek more obstacles in the parallel market, “he said. 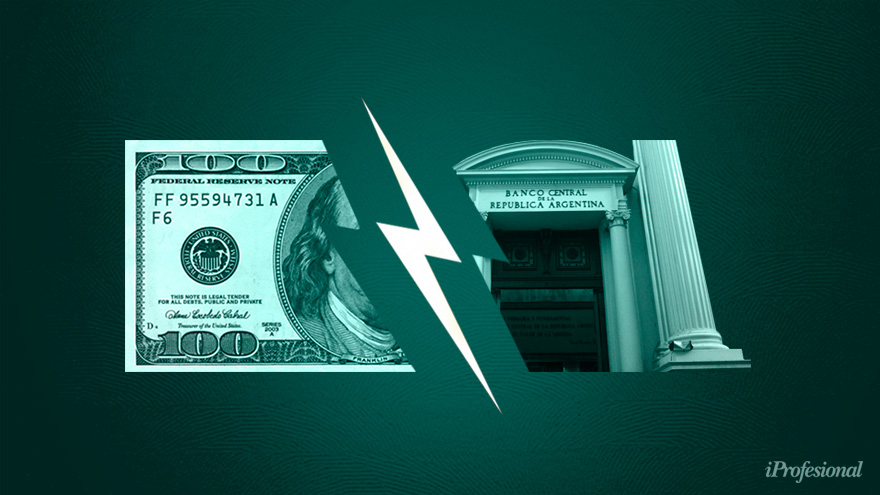 Reserves fell to negative territory and the Central Bank is using currencies that are no longer its own, Rubinstein warned

He argued that it is clear that “the exchange situation it is very bad and we also see it obviously in the gap that is more than 100% “.

He considered that the Government “should very quickly finish some of the most relevant pending issues, including the negotiation with the IMF, leave the nonsense that we are not going to kneel and we are going to have another three months negotiating. It’s stupid. ”

It indicated that the lowering of interest rates that is claimed Monetary Fund “It does not depend on Argentina. It is not that the country can say that it is getting strong and the IMF is going to lower the interest rate, it is a decision that a lot of countries have to make based on policies that transcend Argentina. Argentina he can make the request, and hopefully one day he will succeed, but these people were in debt to Venezuela at 12% and they did not care. ”

He said that the Government should “make a coherent plan, present it to the Fund, to the opposition in the Congress, discuss how much of the fiscal adjustment is due to a tax increase or how much lower expenses, to agree and begin to walk a path that will take us to two seriously calmer years “. 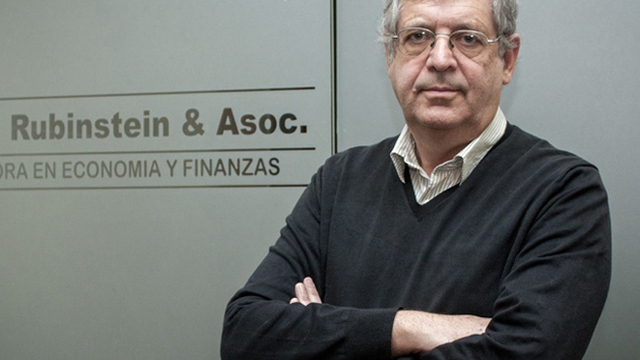 “The BCRA already uses those that are not its own,” said the economist

He warned that the exchange rate “is already unfolded, there is the official one and 20 parallels. The government regulates and intervenes in an arbitrary way. Once you define that you are not going to intervene arbitrarily, you can have a financial market, but not it. I see it as a special solution “.

He asked to “target the macroeconomic balances, drastically reduce the fiscal deficit with the mix of taxes and expenses that the policy decides, start having less monetary issue, and in that sense you are creating the conditions for inflation to go down a lot “.

“Society does not understand well, and that is not only the government, what the inflationary tax. When you go out today with two thousand pesos in your pocket and a year ago you left with a thousand, that means that you are accepting that erosion of purchasing power, those thousand extra pesos could have been used for consumption, “he said.

Black Friday in Argentina 2021: the first offers have already been released 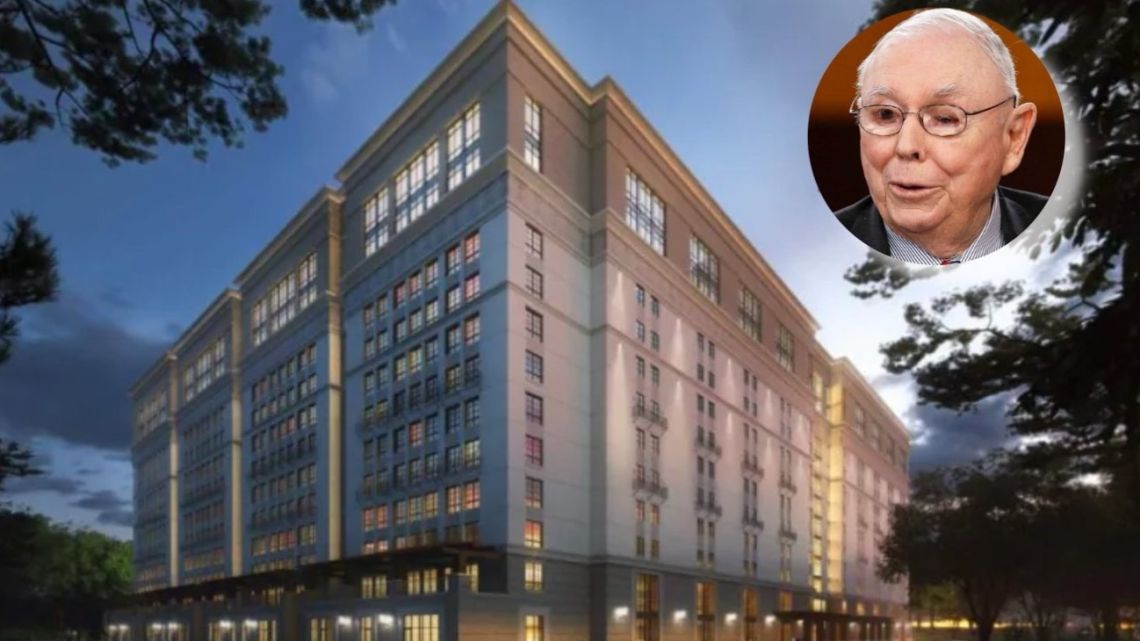 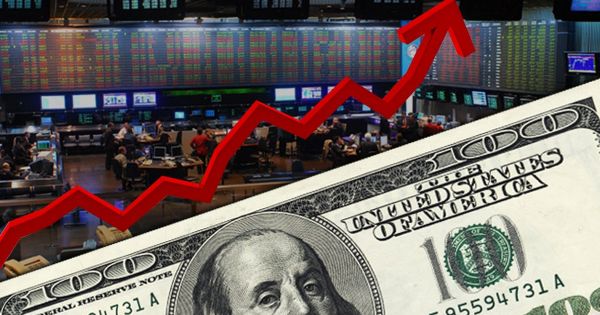 Aconcagua Energía will reactivate 29 wells in Mendoza and Río Negro