How to invest in bitcoin, ethereum and cardano through a regulated broker 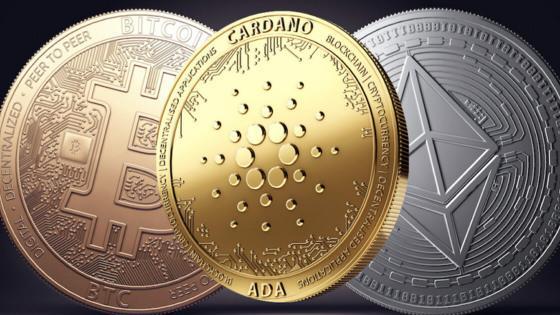 The past week was volatile for the major cryptocurrencies. And it resulted in declines for most of them. For example, bitcoin has lost 8% in the last seven days. Despite this, it has risen by 23% in the last three months and by 60% so far this year. Its current price is around $ 46,000 and is waiting for news to try the $ 50,000 level.

The second cryptocurrency by market value, Ethereum, lost 12% in the last seven days and marks a price of $ 3,437. Finally, the third cryptocurrency on the market by value, the cardano, is trading today at around 2.63 euros after dropping 8.5% last week.

In recent sessions, the news about regulation has weighed on the cryptocurrency market. For example, China’s State Power company claimed that it was conducting inspections on companies that mined bitcoin and other cryptocurrencies.

The reason is that these virtual currencies such as bitcoin consume a lot of energy and allow to bypass the financial supervision of governments, so they are not entirely legal in countries like China.

On the other hand, the governor of the Bank of Sweden also warned against cryptocurrencies at a conference, which he compared to investing in stamps, while expressing his concerns about money laundering.

Lastly, European markets authorities published an article claiming that crypto assets are highly volatile in price and operate outside the regulatory environment of the European Union, raising regulatory concerns for investors.


To take positions or invest in cryptocurrency with a trusted broker it is very important to be up to date with the new regulations. This type of news is one of the ones that moves the cryptoactive market the most because they are not regulated and any news in that sense reduces their attractiveness.

Another type of analysis that should be carried out seriously is the technical one, since these are assets that are very difficult to value by fundamentals. Thus, for example, just as bitoin has a resistance at $ 50,000, ether has its resistance at $ 4,000. Ether broke its resistance in May at $ 4,360, but was unable to consolidate it. It could be oversold in the short term, but for now, its price is around $ 3,400.

The news about the technological evolutions suffered by the blockchains that support cryptocurrencies are also important. In that sense, cardano has new features planned for the weekend of September 12, an update or hard fork in the jargon of experts, which will improve its development.

Keep an eye on the big market trends

Finally, to invest in cryptocurrency with a trusted broker, you also have to be aware of the big market trends. For example, you should know that the trading volume on the Coinbase platform has risen to its highest levels since May. Investors have apparently expanded their exposure to the alternative asset market beyond bitcoin.

Those responsible for the platform consider that this trend will continue given that the months of September and October are usually volatile for all risk assets, not only in the cryptocurrency market, but also in global markets.

You can follow this type of news on the social networks of the main brokers. Therefore, to invest in cryptocurrency with a trusted broker, you must verify that they provide you with this type of information.

As an example, you should know that trading volumes on Coinbase are still dominated by bitcoin, ether, and cardano, while retail investors’ interest in dogecoin seems to be slowly dissipating.


Share
Facebook
Twitter
Pinterest
WhatsApp
Previous articleShakira recorded a fun moment with her children making pancakes and the result generated laughter
Next articleA whole diva! Camila Cabello is on the cover of “Hunger” with a celebrated detail