hyperlocal advertising that will reach movies and series

The great expectation that arises with series premieres or new seasons as in the phenomenon of The Money Heist in Spain they convert these productions in the perfect showcases for brands. It is not strange to see the protagonists eating a specific brand of potato chips, drinking a certain soft drink or wearing an item of clothing with a recognizable logo.

This advertising technique is widely known as product placement or advertising placement. It is enough to look back to see that it is not something really new. The brand of milk that -intentionally- starred in the breakfasts in the series Family doctor or more recently the mobile phone that Frank Underwood used in House of Cards they are the perfect example of it.

From these advertising placements and the so-called segmented advertising, a new combination is born that will surely give something to talk about in the near future. The last thing is to include personalized advertising in each series or film, so that totally different brands or products may appear in the same scene depending on the country where it is broadcast or who is watching it. And the intention of advertising agencies and brands is to refine the advertising impact more and more.

One of the most important companies on the international scene is BEN (Branded Entertainment Network), which was founded by Bill Gates in 1989. Based in the United States, it specializes in the product placement and more specifically in its application together with the latest technologies. Like the algorithm they have developed to know which series or movie will be successful long before it is released. A crucial information that combines perfectly with the possibility of offering advertising practically on demand thanks to the special effects applied in post-production. 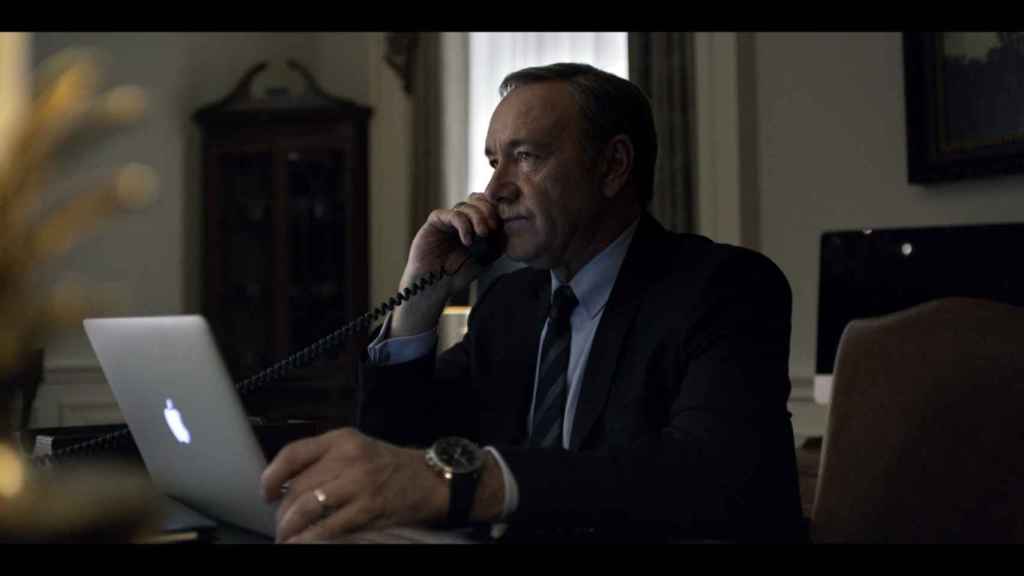 Kevin Spacey using an Apple computer in House of Cards

“If you have the technology to be able to determine the priority and predict how to best target your audience, literally you can have the impact of a Super Bowl ad every week“Ricky Ray Butler, BEN CEO, told Bloomberg.

The perfect example is that of a brand of potato chips that has various lines of flavors specially studied for each market. In Spain it makes no advertising sense to see that the actor has in his hands a flavor that is only sold in the United States, or vice versa. That’s exactly where customization using post-production techniques comes into play.

“At a technical level, product placement virtual does not have many differences with the visual effects processes of the rest of the production in which it is implemented “, explains Jose Sáez-Merino (@joseajacas), specialized digital artist, to OMICRONO. “As in the rest of the effects, everything begins in the pre-production phase”, with the relevant preparations and planning to make everything easier later.

“In the case of a product that may have to change in different markets, the normal thing would be to use an object without logos, but with markers to be able to ‘track’ it (follow its movement in 3D) “, he continues. The next step is to replace that object with a virtual recreation of a real product. 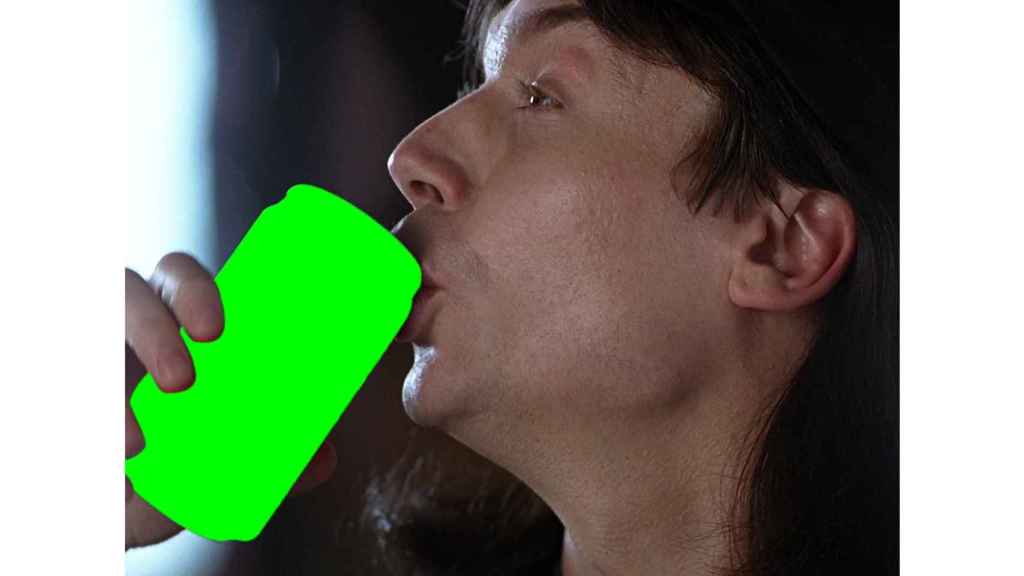 Sáez-Merino puts the case of a beer bottle, in which “the label would be green or blue and a series of crosses or points that are used to get the object’s movement reference along the plane. “Without leaving this example and as a next step, the artists generate a virtual label with the correct logo for the desired market, which they place on top of the blue or green that was used in the shoot. “Equalizing movement and light to achieve perfect integration”.

“These processes can be polished to the point where make 10 different versions with 10 brands of beer different is as simple as replacing the image file of one label with another. “Really a key point for any company or advertising agency.

On the other hand, there are more complicated objects to ‘track’. “If the object to be replaced is a bag of potatoes, with its irregular deformation, its shiny material and interaction with the actor’s hands, it is most likely that instead of replacing the package’s graphics, replace the entire object with a 3D version“continues Sáez-Merino. 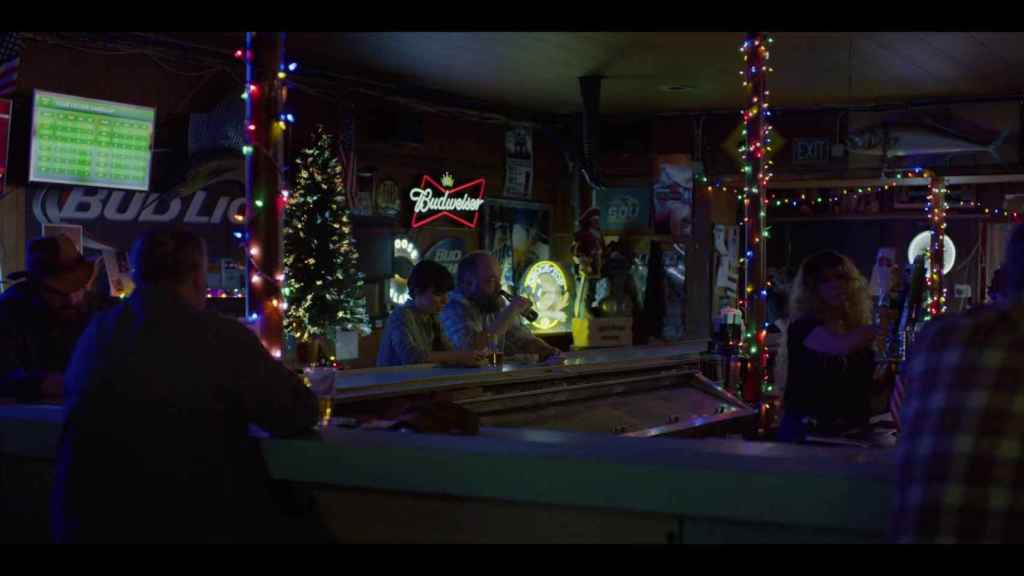 He also points to the importance of fine spinning in each of the adaptations. “Any failure in a reflection or interaction can put the focus on the fact that this bottle is not real. and it must be an advertisement, causing the opposite effect to what is sought with the product placement“.

The amount of data on the likes of each user that agglutinate the platforms of streaming they make them perfect for segmenting, still more, the advertising placement in a future that seems near.

Some technologies even point to time customization. That the same scene changes the advertised products depending on the time it is played. For example, an orange juice appears on a table if the user is watching it in the morning or a cola if he does the same in the afternoon.

The customization capabilities are practically endless and only depend on the amount of data that the platform of streaming be able to collect and subsequently adapt. Even the product placement can change according to profile -within the same account- from which it is being viewed.

Sometimes not a good idea

At first glance, everything looks like advantages in the product palcement. But nothing further. “The fact that a message can be personalized does not have to imply that the advertising company does it,” Elvis Santos, CEO of Shackleton, tells OMICRONO. “It would be very strange that in a series that is being developed in Arkansas the actor drinks a can of Cruzcampo beer”.

This seemingly subtle change can ruin viewers’ story immersion. “The use of any technology in marketing should not be carried out for the mere fact that it exists, It has to be done because it obeys a business strategy that indicates that it makes sense“Elvis Santos emphasizes.

You have to be very careful if the product follows the narrative of the series and if it can negatively affect the atmosphere that the creators intend to print in each scene. “It would weird Sons of Anarchy bikers ate Balls while watching an NBA game. “The products that the characters consume or use in the end end up marking and conditioning it

On some occasions, as Elvis Santos comments, the advertising placement can generate more than one problem for the brand that carries it out. For example, and in order not to leave the world of French fries, “surely no company wants the snack wrap to appear with your mark at the time of a cold blooded murder“.