The arrival of Pedro Troglio to the bank of San Lorenzo it was solved in a fleeting way. “I came to spend Christmas, I arrived on the 25th in the morning and on the 27th, when I was getting married they called me. I got together that same day with Matías (Lammens), my wife a phenomenon, and the next day with Mauro. Already that night, the feeling was that it was going to be me and the next day it was confirmed”, Said the DT in an interview with the official website of the club.

The reality is that the technician it was quiet in Honduras, where he was four-time champion with Olimpia, but… “I had not planned to stay in Argentine football, but faced with a possibility like this it was difficult not to accept it”he commented. Of course, returning to the country allows him to reconnect with his loved ones: “It was three years where I saw my wife for six months, my oldest children for three, because of the pandemic I was alone for eight months, in the middle I lost my father and I couldn’t be at the farewell and I have my great mother … Now I will be able to be close to mine and what better than in a club like San Lorenzo”.

📹 The humble childhood in Luján, the effort as a flag, his relationship with Diego, his admiration for La Gloriosa and why “it is an honor” to lead the Cyclone.

Pedro Troglio, intimate and exclusively for the YouTube channel of San Lorenzo 💙❤

The last times of the Cyclone are complex, Pedro knows it and that is why he compares this new cycle with that of a storm pilot. “It will be I have a terrible shit for airplanes, but when she moves, I look at the stewardess: if she’s scared, we shit, heh. It’s the same here, when the situation is difficult, The players look at the coach and if they see him doubtful or down, bye. That’s why i think what you have to do is put the best face and transmit the best vibes”, He explained.

That emotional part is very important for DT: “I started from scratch, I don’t tell what happened. That already happened, that’s it. I hope that people, and everyone who has lived in that uncomfortable environment in recent years, can start from scratch with me. For me It is an honor to be in a great club like this, I found a very good reception from the players and I am happy and excited. My dream is to be able to stay a long time …”.

Troglio is a simple guy, far from fanfare. “I am how I show myself, as they see me in a note I am in life. Visceral, sometimes half crazy and sometimes half quiet, and I try to convey that to my teams. Then I win, draw and lose like everyone else … But I think showing yourself humble, clear and loyal is the best thing that can happen to you. I do not want them to say that I am a good coach, I like that when I leave the clubs they say that I am a good guy”, He encouraged himself to describe himself.

After an important career as a player, he left as manager about 20 years ago. Godoy Cruz, at Nacional B, was his first experience. “In all the clubs we have been to, we have done things well. Hopefully this experience, in San Lorenzo, is not the exception “, he wished about this brand new stage in Boedo.

Of course, after several years of bad campaigns, the DT knows that results are needed. “We are not bad, reality indicates that the team lost games in an incredible way, in which they deserved to win. These days we did some jobs and they came out perfect, there you realize that there is a good footing and hierarchy, but when you live the things you live … That’s why i say yesand you start well, the players gain confidence, then people join in and something strong begins to be generated”, He analyzed.

With that idea in mind, the technician already He points to Saturday 15, when he makes his debut in the friendly against Independiente, in La Plata: “Already in friendlies you have to start to see something good and we have to win, because that will generate a spiritual tranquility for the players and also that people are happy and do not suffer another bad moment ”.

On how the team thinks, he did not advance too much. He made it clear that he does not have a preferred system but rather specific concepts independent of the line of play and that surnames will depend on how you see each one in this days. What he did not hide was the illusion he has for this stage that is beginning: “It is very difficult to come to a new club and have that acceptance from people when one is not from home, I am very grateful and I assure you a lot of work, a lot of fun and a lot of predisposition …”.

While in the end he was encouraged to set objectives, quite high for the current situation of CASLA in recent times. “Beyond the situations that the club has been suffering, we have the need to finish in the top four. No matter how you come, you can go last and to the other tournament first and champion. We have that oYou must be in the fight until the last day, which is May 15. I hope so…“, He threw it, gambling.

“I am from Luján, I come from a very humble family and we suffered a very big flood in which we lost what little we had. My dad started working in a factory, in Castelar, where they gave us a little piece because it was the watchman and that’s where a whole life began. Later, thank God, I debuted at the age of 17 in First and I was able to start helping, we made the house where my mother lives today… I am grateful to what I do because football changed my life and my family, I could tell my old man at 70 not to work anymore and that was the best thing that could have happened to me. That’s why I put a lot of passion in this… ”.

The eternal memory of Diego Maradona

“The first day I saw him was in the preview of a friendly against Germany that we played on the Vélez court. That time I had to be with him in the room: when I got to the hotel and saw that he said Troglio – Maradona I thought he would not even know who I was … And the other one came and said ‘Pedrito’ already cutting the ice. Diego started being my idol, then we were partners and ended up being friends. Going to Naples was crazy: you would arrive, cross the tollbooth and see a billboard on a building that said ‘Welcome to the house of God.’ Life with Diego there was impressive! The truth is that I am not very objective to talk about him, of course I don’t share a lot of situations that he experienced, but it was fantastic to have shared things with him. Today what happened and the way it left hurts us in the soul … “.

The Selection of 90 with Diego, el Patón and Pedro.

The relationship with Patón Bauza

“Beyond having confronted us, we got to know each other more intimately at the World Cup 90 and from there we generated a relationship and we always kept in touch. All of us who participated in that World Cup love him very much because He was the only one who did not play for a minute and was always the one who supported the most. He was always a spectacular human being”.

Pedro and El Patón faced each other in the final of the 2018 Argentine Cup that was won by Central.

Your memories visiting the Pedro Bidegain

“This was always a difficult court for everyone and historically, and I’m not saying it to sell smoke, from which the best songs came out. I remember the two times I had to play here, both times I came from injuries. The first of a cruciate ligament tear and I played in Reserve to play soccer. They yelled at me everything: ‘Failed, look where you ended up’. I don’t forget anymore, heh. And the other, I entered the second play and I put a ticket to Santana there on the side, I arrived late and grabbed his ankle, and Sergeant Giménez took me a direct red. We lost 3-1 and they gave us a dance … Both times I had a bad time, so I come to settle a pending account and have joys with San Lorenzo”. 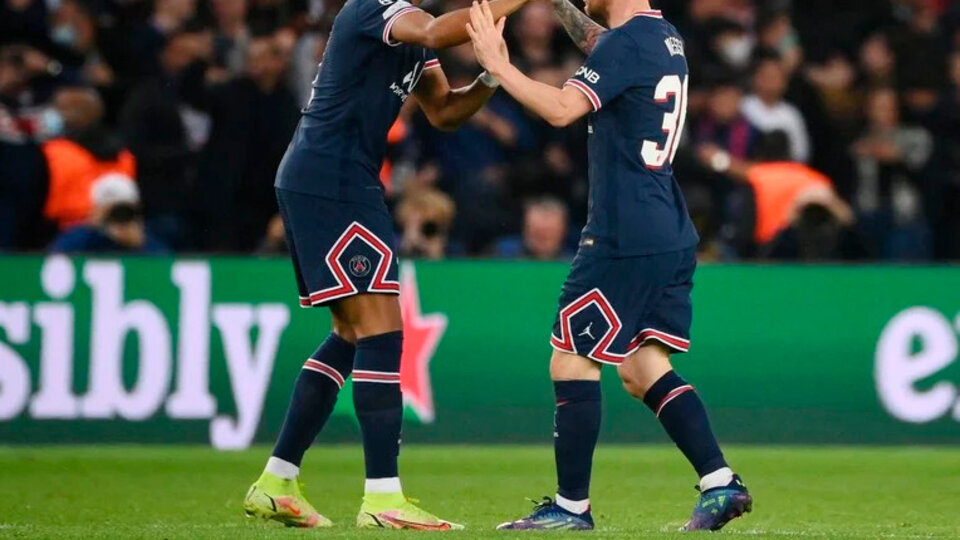 Mbappé: “It’s easy to play with Messi, he’s the best in the world” | The French striker praised his teammate at PSG 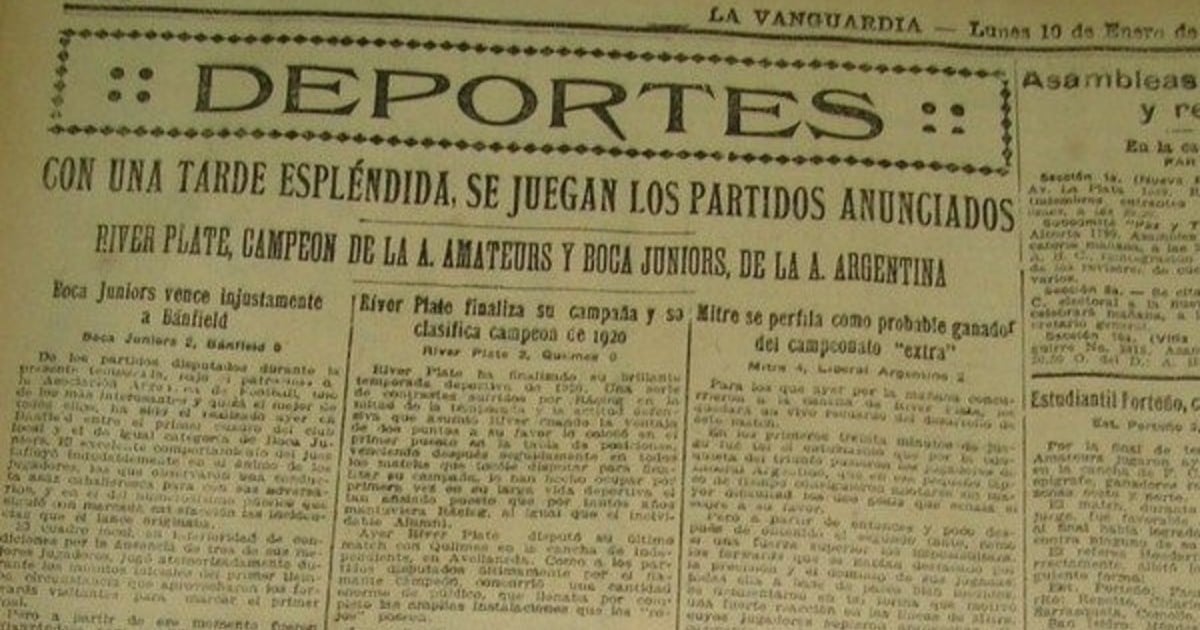 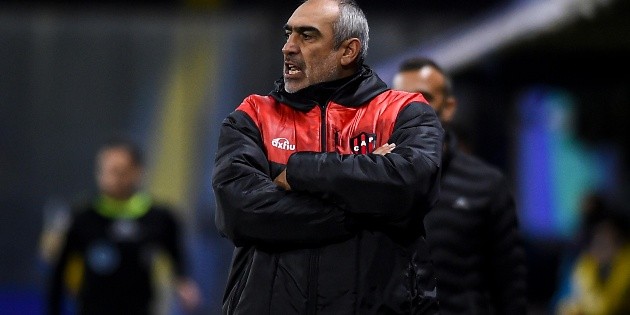 Iván Delfinó, DT of the Board, beat the match against River for the Professional League Shock and mystery in MMA: a fighter who had disappeared two years ago was found dead