Some biographers claim that, from a very young age, Mozart could play a complex symphony just by listening to it once. He was able to accurately repeat even the smallest and most sophisticated choruses and details. This ability was attributed either to a hyper musical memory or to a synesthetic condition that allowed the genius from Salzburg to associate notes with colors and then reproduce them.

Synesthesia, in particular, is a neurological condition that allows some people the possibility of evoking sensations in a sense organ other than the one that was originally stimulated or produced.

The exhibition Acute Synesthesia, which can be seen at the National Museum of Decorative Art, explores the possible vibrations of this condition, using Andrea Fried’s geometrized painting as a base and starting point, to which is added digital, immersive and video work by Nicolas Bernaudo.

The tour, which takes the four rooms dedicated to temporary exhibitions of the museum, has as its starting point the works of Fried and the integral visual proposal proposes an exercise that adds to the synesthetic search, an element that is both deconstructive and reconstructive. The circularity proposed by the route facilitates this look and the good curatorial script works with the design of the exhibition to execute it perfectly.

The dialogue that is established between the color palette and the different materials and the succession of illuminated rooms with others in darkness or intervened, suggest and awaken in the viewer a curiosity and a need for attention that justifies the presence of the adjective in the title of the exposition and makes it much more than a poetic device.

In the first of the rooms, in the classic way, Fried’s acrylics from the Umbral and Sinopsis series are exhibited. These are large-format canvases in which the artist works with color and shapes, a universe of mathematical suggestions of great visual vibration. Fried’s geometric abstraction works very well with a palette of regular stridencies, projecting patterns that can be perceived in the different pieces, alternating sizes and places within the composition. The geometric expression, so recovered in these times, has in Fried’s work a particular component of vitalism and mathematization that alters the pictorial language without completely taking it out of register, which generates an interesting dislocation that needs the viewer to complete itself. In the same room, the work “Pausa” stands out on one of the side walls, a very interesting acrylic that contrasts with the rest of the works and manages to stand out and stand out from the others. In this work, Fried works with a different palette, much more pastel, with lower tones and, furthermore, it is the only painting that, while maintaining its geometric imprint, presents slight curves within the composition.

In the following rooms are the two interventions by Nicolás Bernaudo. The experienced set and visual designer used Fried’s painting as raw material and placed it in his private registry. The first of the works, Fragments, is an installation made with 30 cell phones, which appear alternately within a totally black plane and on whose screens alternate details of Fried’s acrylics appear. To complete the effect, a sound like that of old video games emphasizes the technological footprint of the piece. A little further on, in a specially prepared room, Bernaudo displays a captivating immersive work, very interesting in visual terms but which also has a truly admirable capacity to stimulate participation. It is impossible not to interact with the projection, since the shadow of the visitors is projected on the succession of images, constantly changing. Impossible not to fall into the temptation of the selfie and take several shots with different backgrounds.

Bernaudo’s creativity, already proven in extremely complex settings, finds in the limits of the room a container of precision and beauty that is completed, once again, with a sound art that accompanies the scene and gives it a vigorous aesthetic framework.

The highest point of the exhibition is in the side room. There are four works from the Sinapsis series, arranged symmetrically in a completely darkened space, with black floors and ceilings. The pieces are illuminated by a special lamp, generally used in the making of videos and photography, whose main characteristics are a great power of light output and, in addition, a great precision in cutting the scope of the light effect. Projected individually in the dark environment, the works acquire an unusual power that even deceives the viewer’s eye, who does not know if it is a light box or a projection. A repetitive, calm and mantric music completes the synaesthetic proposal, generating a captivating and hospitable atmosphere, from which the spectator will not want to leave.

The circular route of the sample is completed with 28 colors, a breakdown of Fried’s palette in small canvases 30 centimeters on a side, arranged on the wall of the room.

The curatorship of María Carolina Baulo is precise and is expressed at the right point both in the room text and in her direct intervention on the exhibition. It does not fall into over-referentiality and works with the works, the materials and the space to fulfill the conceptual purpose in a coherent way with the comprehensive approach of Acute Synesthesia, that is, combining senses to increase the viewer’s visual and participatory experience.

The Fried and Bernaudo exhibition closes the year for the National Museum of Decorative Art with a positive balance in relation to its plan to add contemporaneity to its renowned collection. 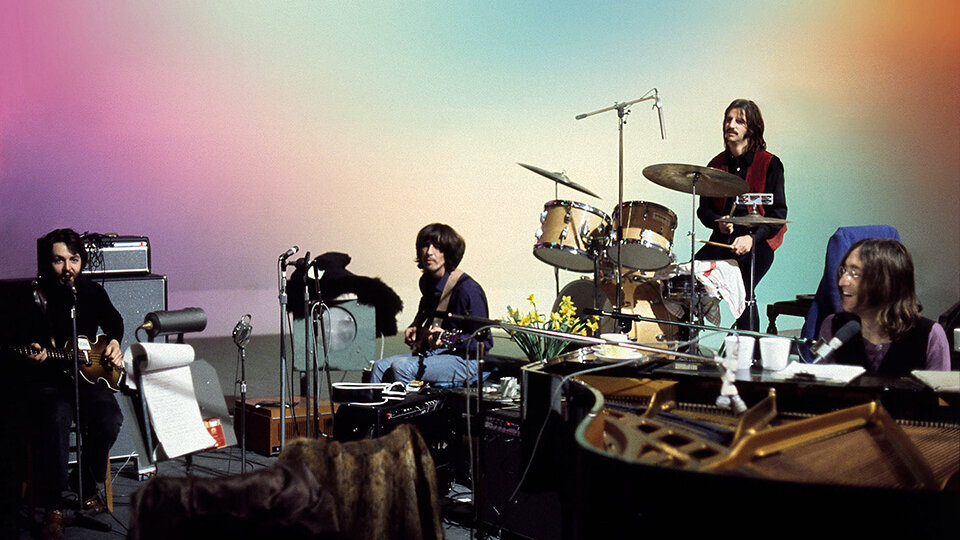 Thanks for coming back | Page 12 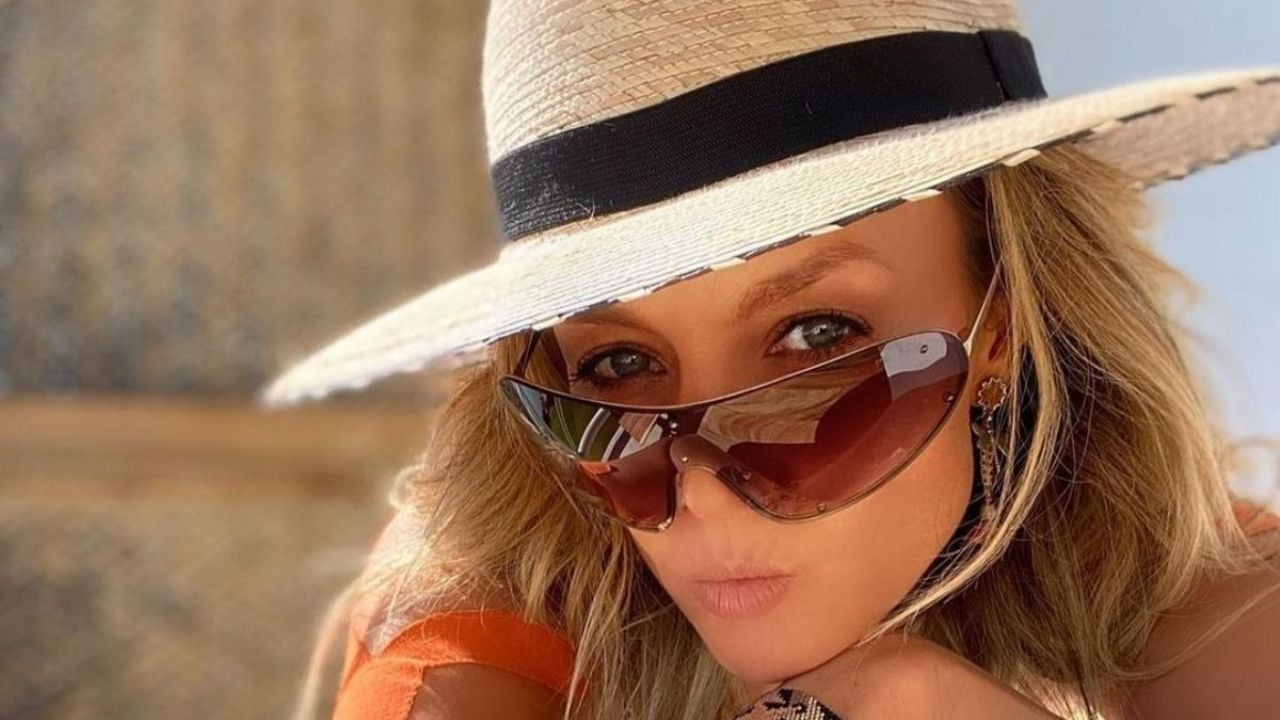 Fey dazzles with her unparalleled silhouette from the beach 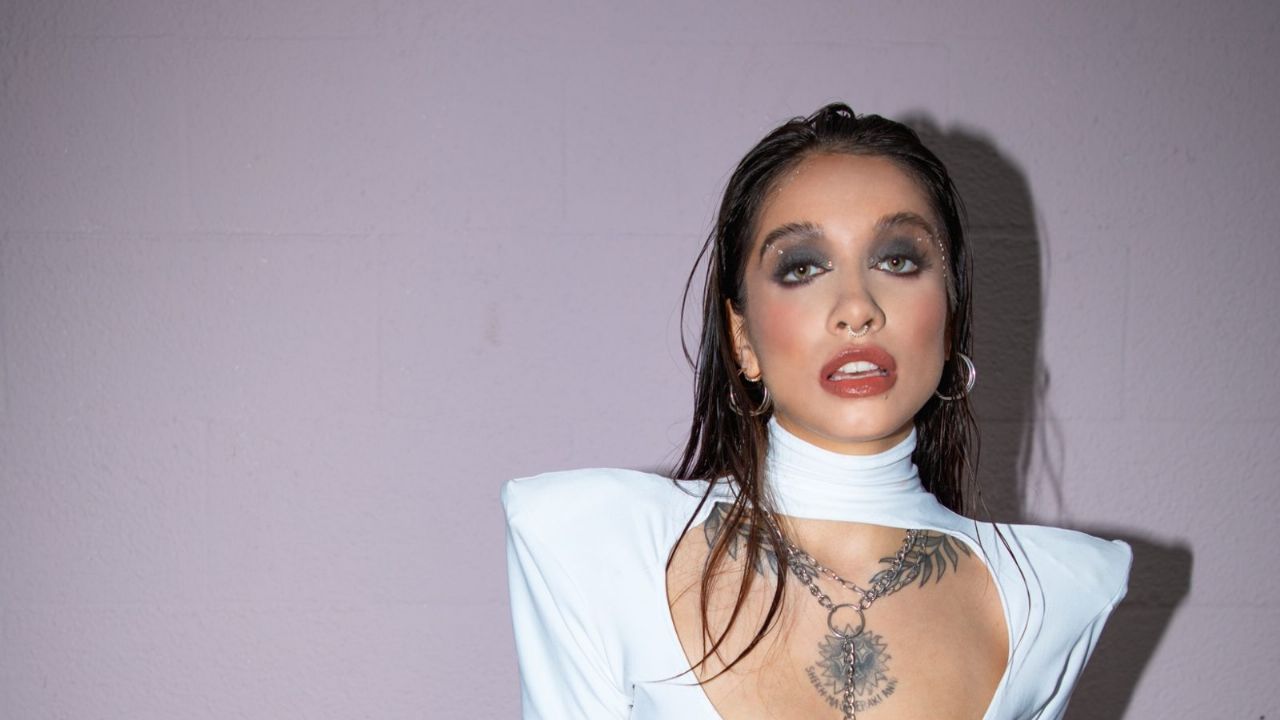