America’s hospitals face a shortage of supplies and staff amidst a growing wave of infections of coronavirus before the advance of the omicron variant.

In the midst of this panorama, a debate was opened in North American society because hundreds of health workers were fired for refusing to vaccinate against covid-19.

The truth is that the lack of personnel to attend to the emergency led several hospitals in the country to fill vacancies with foreign nurses.

According to a Fox News report, administrators at the Billings Clinic in Montana have contracts with two dozen international nurses and it is one of “many” health centers in the country that began importing nurses to address staffing problems.

According to what is indicated by the news portal of the American chain, more than 5,000 nurses They wait from countries like Ghana, Thailand and the Philippines to get visa approval to work in US hospitals.

“We worked really hard last year,” Jennifer Bridges, a Texas nurse fired in November for failing to comply with the vaccination schedule, told Fox News. “We were there through thick and thin when we had no help … it was horrible. And these people who are enforcing these rules on us right now and kicking us out, they weren’t there. They stayed home while we did everything. work, “he added.

This phenomenon opened a debate on social networks. One user, for example, stated: “Since the purpose of hiring them is to fill the positions of laid off unvaccinated workers, I hope there is a way to rigorously verify their vaccination status in these countries.” The reference has to do with the arrival of foreign nurses. And he noted that at the beginning of the pandemic, those laid off nurses “worked day and night to save lives when no vaccine was available.”

The discussion was not lacking in conspiracy theories. One reader noted that vaccines “are about taking control of Americans.” “The city of New York, for example, has infected and vaccinated workers who provide care, instead of using unvaccinated personnel who have been exposed every day for 2 and a half years without getting sick and without documented transmissions,” he said.

Beyond this debate, the controversy over the health situation worsened in the last hours due to the lack of tests and the increase in hospitalizations. So states compete to help hospitals with either staff or supplies.

The picture is complex because front-line healthcare workers, who are at increased risk of exposure, are infected and must be quarantined at a time when the spread of the omicron variant is increasing.

In California, Governor Gavin Newsom announced that more than 200 members The National Guard will be deployed to dozens of test sites, joining other states that have mobilized members of the National Guard for medical and non-medical duties.

Long lines of cars formed at the testing center that operates at Tropical Park in Miami. Covid-19 cases in Florida increased 948% in two weeks.

In Kansas there is talk of a viral storm due to the rise in infections that led Governor Laura Kelly to declare a state of health emergency.

CNN indicated that almost 132,000 Americans are hospitalized with covid-19, according to data from the Department of Health and Human Services, representing an increase of 45,000 patients since the beginning of November.

As more patients need care, many people with possible symptoms of Covid-19 are left without help as there is no testing and doctors advised those who suspect they are positive to isolate themselves at home with or without confirmation of the infection.

The long lines for tests that are replicated throughout Argentina also occur in several cities in the United States. In the state of Utah, they had to open four new test centers due to the growing demand.

For his part, from the Joe Biden government he promised to distribute 500 million tests fast free throughout the country to meet the demand.

Joe Biden faced with a new challenge due to the pandemic. Photo: EFE

Record of cases in New York

The state of New York reported this Friday 90,132 positive cases of coronavirus, a new record since the start of the pandemic, while hospitalizations and deaths increased amid an explosive wave of infections generated by the omicron variant.

After reaching an all-time high on January 1, infections had dropped slightly in recent days, but are clearly on the rise again now.

With the figures reported this Saturday, the state accumulates more than four million cases of coronavirus since the beginning of the pandemic, out of a population of just under twenty million, which was among the worst hit in the United States at the beginning of the crisis and which is now again with omicron.

In the last day, more than 21% of the tests carried out in the state were positive, which indicates that the real infections are well above the confirmed number.

In addition, New York reported 295 new hospitalizations, for a total of 11,843, and 154 new deaths, a very high number compared to the situation in recent months.

This Saturday, the authorities reported that dozens of hospitals in the north of the state will have to temporarily suspend operations not urgent given the saturation they currently live.

“There is an answer to this winter high and it is simple: the vaccine and the booster dose,” said New York Governor Kathy Hochul, announcing the new data.

In a statement, Hochul stressed that the rate of vaccinated children is still too low in the state and encouraged all parents to vaccinate their children if they can.

In total, the United States registered on Friday more than 900,000 new cases and 2,615 deaths, according to the most recent data from Johns Hopkins University.

With information from agencies 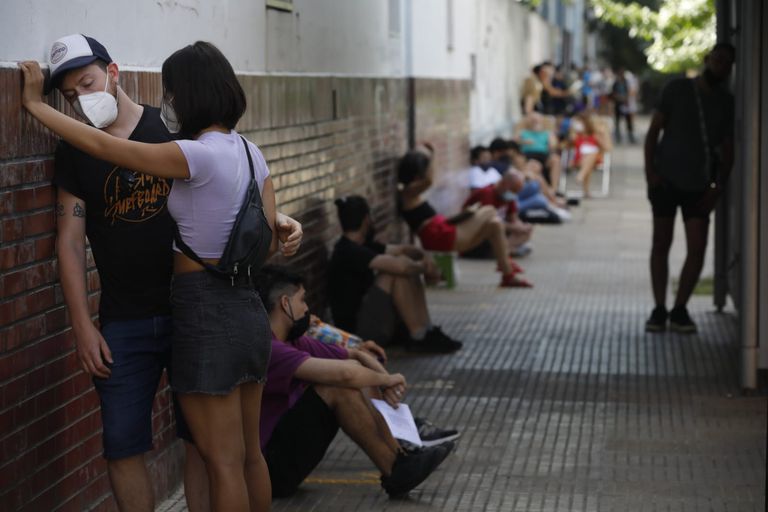 Strong increase in infections: they were 20,263 in the last 24 hours 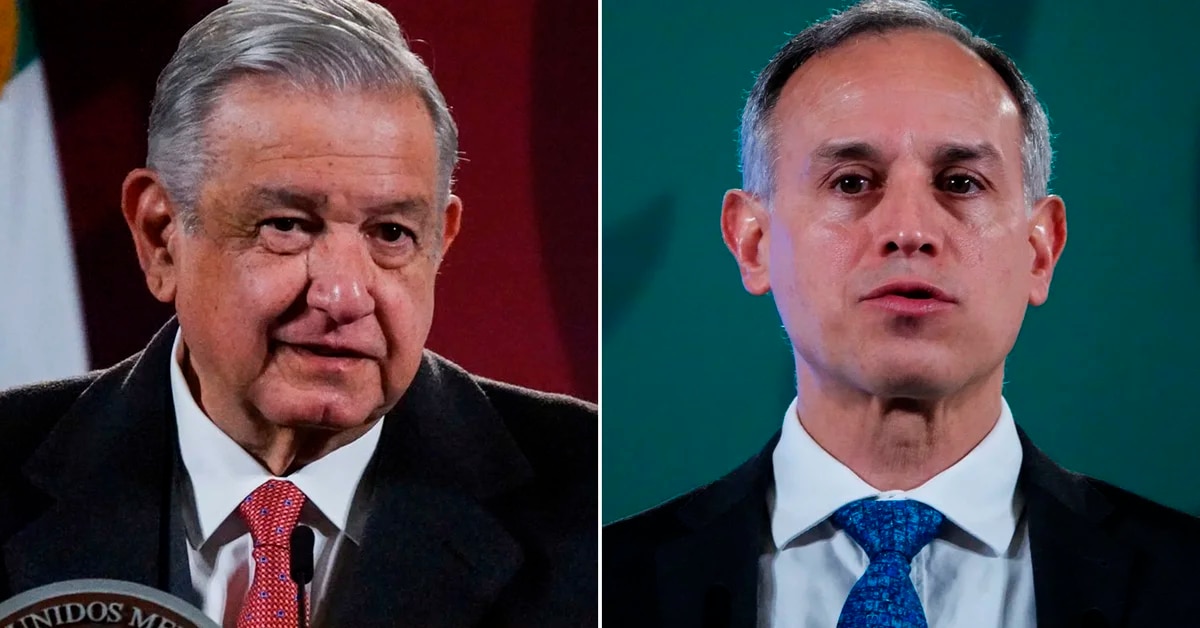 “Dear President”: López-Gatell’s message for the second contagion of AMLO 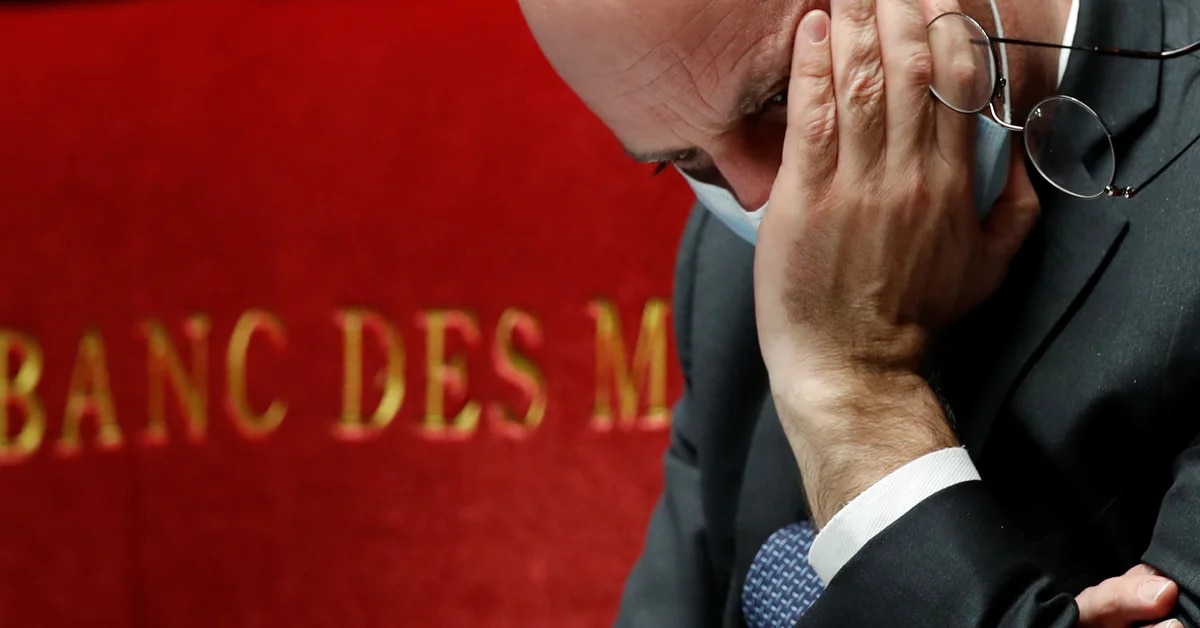 In the midst of a health crisis, a French minister announced the new COVID-19 protocol from the beaches of Ibiza